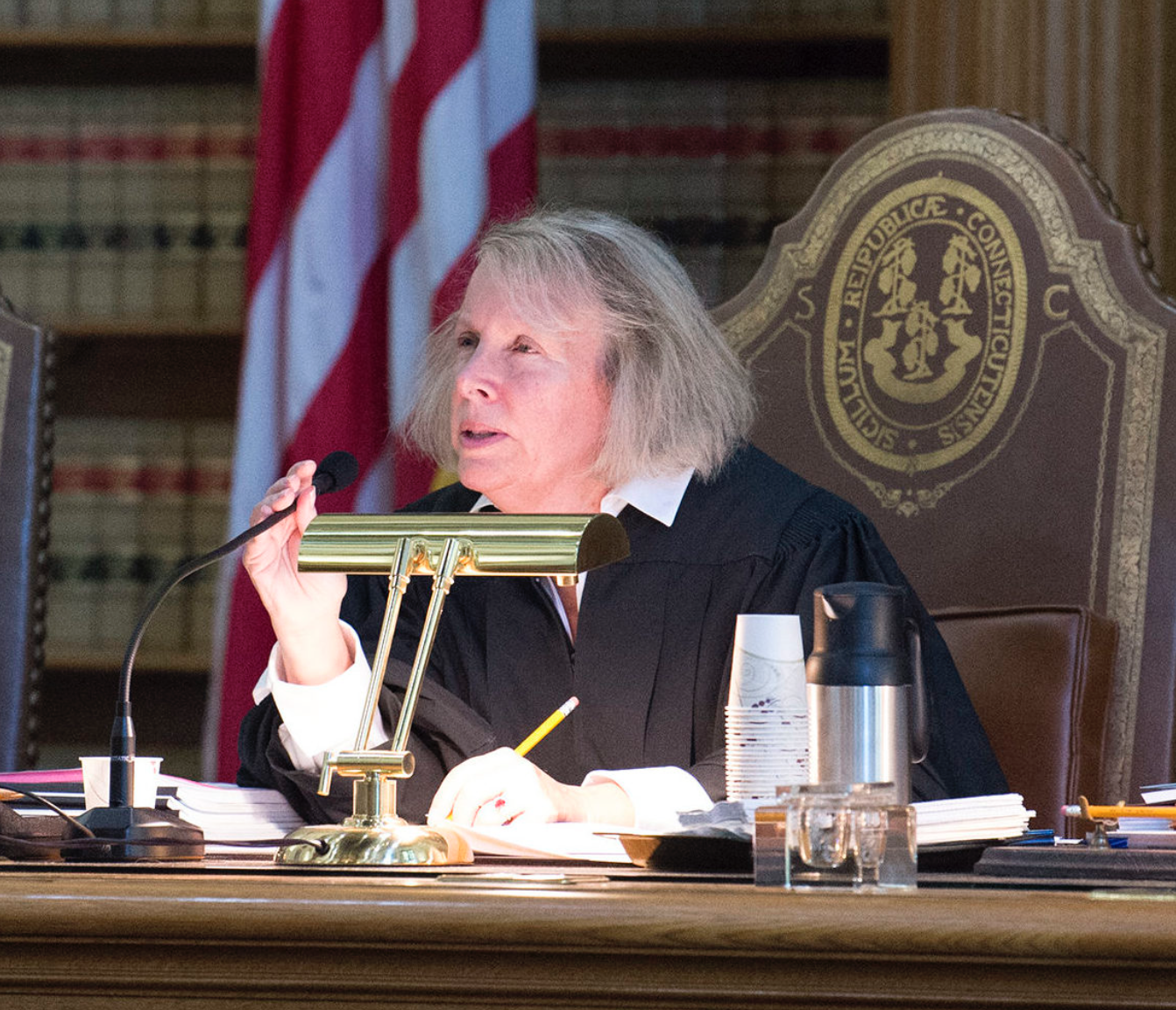 Chase T. Rogers announced her intention Thursday to retire in February after nearly a decade as chief justice of the Connecticut Supreme Court, capping a period of great turnover on the state’s highest court.

In an e-mail to Judicial Branch staff announcing her departure, Rogers wrote that, when she was appointed chief justice in 2007, she thought holding the position for 10 years was appropriate.

“I continue to believe that and, therefore, have decided to move on to new tasks before I overstay my welcome,” she wrote.

Rogers, 60, pointed to numerous reforms the branch has undergone in recent years to improve services amid state budget cuts and an increasing number of impoverished, self-represented defendants.

“Chief Justice Rogers is a consummate jurist who has served the state admirably and with formidable distinction.  She brought a clear, forward-looking vision and an astute legal mind to the court,” Malloy said.

As Malloy noted, Rogers has been an advocate of the opening the courts and inviting greater scrutiny by the press.

“Among her many accomplishments, her tenure on the state’s highest court will be remembered for expanding transparency and access to justice, fostering a culture of inclusion in the judicial branch, and streamlining court processes,” Malloy said.

In Rogers’ letter to judges, she thanked them for “increasing public trust” by opening the courts.

“I said from the beginning of my tenure that I was fully in favor of openness and transparency because the Branch not only had nothing to hide but also because it should be extremely proud of the work all of you do every day for the public. I am even more convinced of this as I step down,” she wrote.

Rogers, after serving as judge of the Superior and Appellate Courts, was named chief justice by Gov. M. Jodi Rell in 2007. Malloy reappointed her in 2015.

The resignation means Malloy will fill his sixth vacancy on the seven-member Supreme Court. The General Assembly’s Judiciary Committee voted unanimously Wednesday to confirm two Malloy nominations to the court.

Raheem L. Mullins and Maria Araujo Kahn, who now serve on the Appellate Court, will move up to the state’s highest court.

Newly released data provides the most comprehensive look yet at how the virus has affected the state's courts and prisons.

An additional 34 people died from the disease Wednesday, while hospitalizations continued their decline.

The shower suspension was in place for less than three weeks.