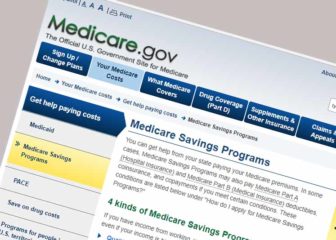 The two-year, bipartisan state budget signed by Gov. Dannel P. Malloy this week will cut Medicaid help for at least 68,000 Connecticut seniors and disabled individuals, a change decried by doctors and health care advocates in the state.

To save about $70 million, the newly minted bipartisan budget will, as of Jan. 1, roll back eligibility for the “Medicare Savings Program,” which helps low-income and disabled Medicare recipients by giving then some benefits of the Medicaid program, a joint federal-state health plan for the poor.

Currently, elderly and disabled Medicare beneficiaries whose incomes are below 246 percent of the federal poverty level, or about $29,225, are eligible for Medicaid subsidies for Medicare’s Part B premiums, which cover doctor visits, outpatient hospital care and lab tests.

Those earning less than 211 percent of the federal poverty level, or $25,067 this year,  also receive help in paying Medicare’s co-payments, deductibles and prescription drug costs. Those out-of-pocket costs could easily run thousands of dollars a year, especially if an individual is hospitalized.

The new state budget would cap eligibility for those who receive all benefits at 100 percent of the federal poverty level, or $11,880.

Others would lose all other Medicaid help, but continue to receive a subsidy to pay for their Medicare Part B premium. To maintain this benefit an individual’s annual income could not exceed 135 percent of the federal poverty level, or about $16,000.

Elaine Kolb, 68, a disabled West Haven resident who is on the Medicare Savings Program, may lose all of her benefits. She earns $1,353 a month from Social Security income.

Kolb, who is partially paralyzed from a 40-year-old spinal injury, calls the changes in the program “cruel” and worries how she will manage because she will lose the help she’s received in paying for her medical bills.

“I won’t be able to pay for an ambulance if I need one,” she said.

But she said she’s more concerned about low-income and disabled friends who have benefited from the Medicare Savings Program.

“I know people right now that this is going to put them right over the edge,” she said.

Health care advocates lobbied against the changes in the Medicare Savings Program, and lost.

He said 68,000 would lose all benefits and he does not know how many thousands of additional elderly and disabled Connecticut residents would lose most of their benefits, keeping only the subsidy that pays for the Medicare Part B premium. (For those earning less than $85,000 that was $134 a month this year.)

“I think there are going to be thousands of angry seniors and people with disabilities who are going to be shocked when they get a letter saying they are going to lose all of their Medicaid coverage because this budget was passed by Connecticut legislators and signed by the governor,” Toubman said.

He said the governor and Connecticut legislators chose to cut the program in part “because they did not want to modestly increase revenue, which would have made this cut completely unnecessary.”

“Hopefully, we can continue to explore revenue options which would allow us to restore this program,” Toubman said.

Society Executive Vice President Matthew Katz said the low-income seniors and disabled helped by the Medicare Savings Program have medically complex issues “and these cuts will make it more difficult to provide the quality care they need.”

“Although Connecticut physicians are doing their best, these cuts, coupled with reductions in (Medicaid) payment for primary care services, make it increasingly difficult to care for these vulnerable patients,” Katz said.

Those who backed the change said Connecticut was among only five states whose income limits for the program exceeded the federal minimum and one of only eight which did not have an assets test for eligibility.

They also said income levels to qualify for the program were lower before Connecticut raised them in 2010.

Advocates say Connecticut’s income levels to qualify for the Medicare Savings Program should be higher than those of other states because of Connecticut’s high cost of living.