Hundreds of positions at Connecticut’s 12 community colleges will be shed, more administrative functions will be handled at a central office and millions will be saved without impacting students’ education.

That’s the plan at least.

But that plan – dubbed “Students First” by its architect, Board of Regents President Mark Ojakian – has plenty of both believers and nonbelievers.

Much of the pushback comes from those who work for the colleges and don’t believe the benefits promised can be realized without harming education at the community colleges, which serve over two-thirds of the minority students in undergraduate programs in Connecticut. Business groups, however, are backing the shakeup and are confident it will not disrupt the pipeline of graduates businesses rely on.

Here are four things to know about the merger.

There is no shortage of questions and concerns about how the shakeup will roll out. Much of that anxiety surrounds the many details yet to be formalized or publicly shared.

Questions raised by legislators during a hearing at the state Capitol complex last week ranged from what specific job titles will be shed at each campus, what each college will be named, and which courses will or won’t make it into a new common course catalog.

“I do wonder a little bit about what the unintended consequences will be,” state Rep. Gregg Haddad, House chairman of the legislature’s higher education committee, told Ojakian.

The overarching strategy and some specifics already have been released. (See documents here, here, here and here.) But many details haven’t, largely because they have yet to be worked out.

The major organization that accredits colleges has said many questions need to be answered before the new college system is awarded accreditation, which is essential to make students eligible for federal financial aid and to guarantee the college’s degrees have educational value. 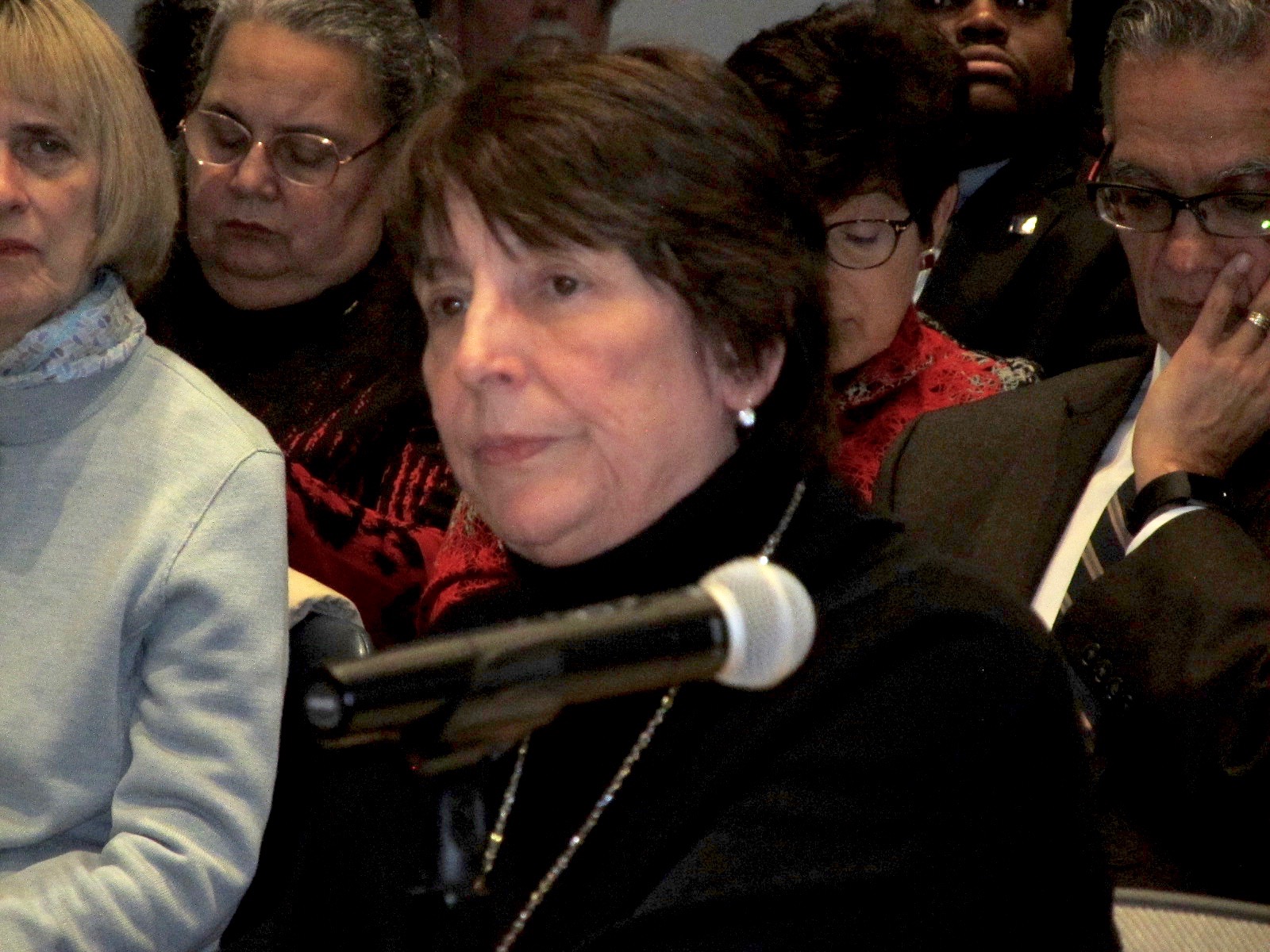 Barbara Brittingham, president of the New England Association of Schools and Colleges

“This is a very big deal, what you are proposing to do,” Barbara Brittingham, president of the New England Association of Schools and Colleges (NEASC), told the Board of Regents – the community colleges governing board – last month. She pointed out this would be the largest merger of colleges in New England’s history. “The commission is going to need more than a ‘Trust us.’

“The materials submitted to date have been very clear on the financial reasons for the proposed change but less clear on a rationale tied more directly to the mission of the colleges,” reads the opinion. “It is not clear how the proposed merger will result in an improved educational experience for students.”

Ojakian plans to submit a more detailed final plan to the accrediting agency by mid-March with the hope that it wins approval during NEASC’s April meeting so the shakeup can be rolled out by July 2019.

2.  Plan isn’t a long-term fix for the troubled system

The $28 million in promised savings doesn’t guarantee the fiscally trouldled colleges will avoid deficits in coming years. College officials estimate the plan would put the college’s finances in the black for two fiscal years before heading back into deficit.

And that is the best case scenario since the projections make some risky assumptions; including that state funding will remain flat even as state finances face significant problems. Higher education has regularly been targeted for cuts to close state budget deficits.

College leaders’ also estimate enrollment will buck the downward trend of the last several years and remain flat. Two-thirds of the first-year students at the state’s community colleges are recent high school graduates, and the U.S. Department of Education estimates that the number of high-school graduates will continue to decline at the same pace.

Ojakian says the system needs major savings to help blunt these negative budgetary pressures, and he can’t just wait for things to get better.

Ojakian hasn’t promised to reinvest any of the savings, but rather to use them to help mitigate the slashing of services students need to succeed.

“In spite of not wanting to call this a business, we have to be able to pay our bills,” he told legislators. “So are we going to continue to have campuses closed on weekends, or have libraries operating under reduced hours when students need to use the libraries the most? Are we going to continue to have a ratio of students to academic advisers of 923 to 1? … My answer is no, we can’t afford to do that.”

“Something has to give,” he said.

3. If you merge it, savings don’t necessarily come

The promised savings is what makes all the chaos surrounding the consolidation worth it, many legislators have said. 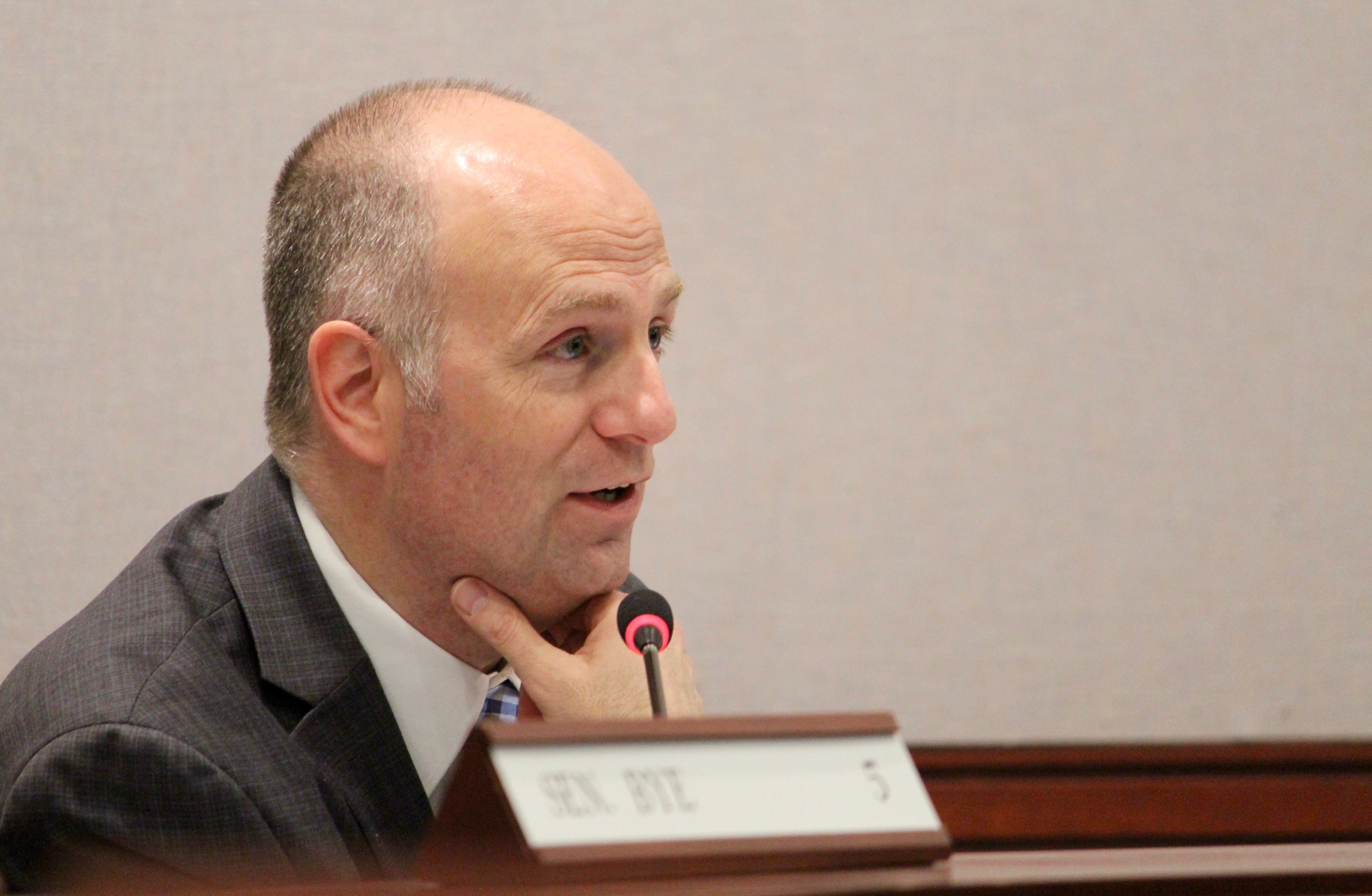 Some faculty and staff are skeptical.

“The savings target of $28 million annually will not be achieved,” Stephen Adair, a professor at Central Connecticut State University, where many community college students transfer, told legislators. Adair also is vice chair of the faculty panel that advises the Board of Regents and is a non-voting member of the board.

“We question whether the proposal as outlined will actually achieve the stated savings, as there is insufficient evidence in the proposal to support such claims,” faculty and student panels from the colleges wrote the regents recently.

The bulk of the savings would come from eliminating 390 non-teaching positions on the various campuses and replacing them with 190 new positions, most of which would work out of a central office.

“There is little evidence to indicate that 190 positions will be sufficient to meet the functional needs of the new organization,” said Adair, adding that he expects considerable costs to implement such a huge change.

“With the aggressive timeline presented, I’m concerned about the validity of what I have seen as financial support backing up the plan; pressure to move the plan forward and a lack of integrity and transparency,” said Susan Breault, director of marketing and communications at Quinebaug Valley Community College, who believes her position would be eliminated in the consolidation. “It is my hope that a more in-depth analysis of the plan is requested.”

Ojakian has declined to disclose specific positions to be eliminated, except to say they would be administrative positions handling things like human resources, financial aid, institutional research and technology support.

Some of that reticence is because the plan hasn’t been finalized and, Ojakian said, it’s too early to signal to employees which jobs he will target.

In addition, the regents will have little flexibility to decide who to let go over the next two and a half years. The overwhelming majority of college employees are unionized, and Gov. Dannel P. Malloy and the legislature approved a multi-year agreement with state employees that pledged not to lay off any unionized staff until 2021 in return for other concessions.

That means the regents will have to rely largely on leaving positions unfilled as staff retire or quit, and on repurposing existing staff in the meantime.

That bothered Regent William McGurk enough to abstain from the otherwise-unanimous December vote that allowed the initiative to move forward.

“The timing and scope of the [union] agreement concerns me,” he wrote other regents after the vote.

Six years ago, Connecticut’s community colleges were merged with the four regional state universities under the Board of Regents and a central administrative office.

It was messy, and promised savings and additional faculty never materialized.

Those unkept promises – made by Ojakian, who worked for the governor at the time and was his point person for getting the merger approved by the legislature – are still on the minds of those who were around then. 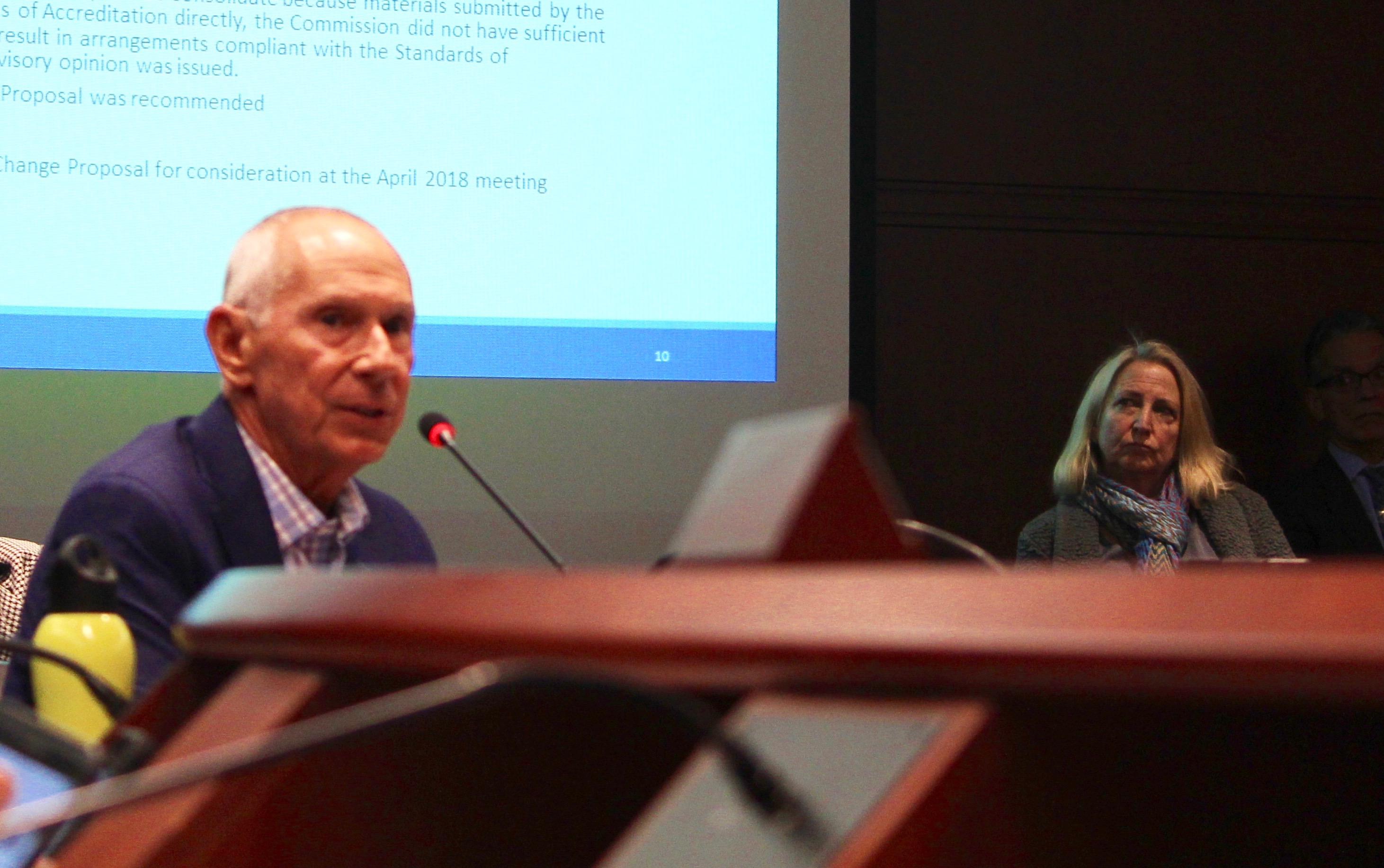 “A lot of these savings were articulated and promised in 2011,” said state Rep. Roberta Willis, who for years served as the chair of the higher education committee before retiring recently.

After listening in to three hours of the legislative hearing as a spectator, she said during an interview she doesn’t see the savings coming to fruition.

“I just don’t see where you are going to get the $28 million in savings,” Willis said.

Playing off the catchy Students First title for the plan, she joked, “The colleges need a Resources First plan. They are being choked.”

Connecticut is following the path of many other systems that have attempted to consolidate multiple schools.

Brittingham, the leader of the accrediting body, told the regents last month that mergers are difficult, pointing to examples in Georgia, Maine, Vermont and Wisconsin. Schools in Texas and New Hampshire have reversed course.

New Hampshire’s lone community college president had to drive across the state, she said. “It did not work.”

(Connecticut’s plan would have presidents who each oversee four schools.)

A review by the Chronicle of High Education of Georgia’s merger of 14 public schools into seven found the savings were small.

A recent report by the president of the New England Board of Higher Education concluded that, while mergers are often done in pursuit of savings, strategic partnerships have more potential to grow enrollment and revenue instead.

Another report examining mergers and consolidations by the national think tank TIAA Institute found implementation was often initially costly and savings took a while to materialize.

“The proportion of savings, particularly those stemming from reductions in administrative staff, is actually relatively small. For example, even if we assume that we are able to eliminate 50 percent of all administrative costs … that effort would represent a few percent savings in the overall budget of the merged institution. This savings may be important, but it is hardly transformative,” the report concludes.

“I have committed to the board that I realize these savings. I am on the hook,” he said, adding he has tailored his plan to fit Connecticut’s needs. “What we are doing is different… I am sure there are places that have tried this and it hasn’t succeeded.”