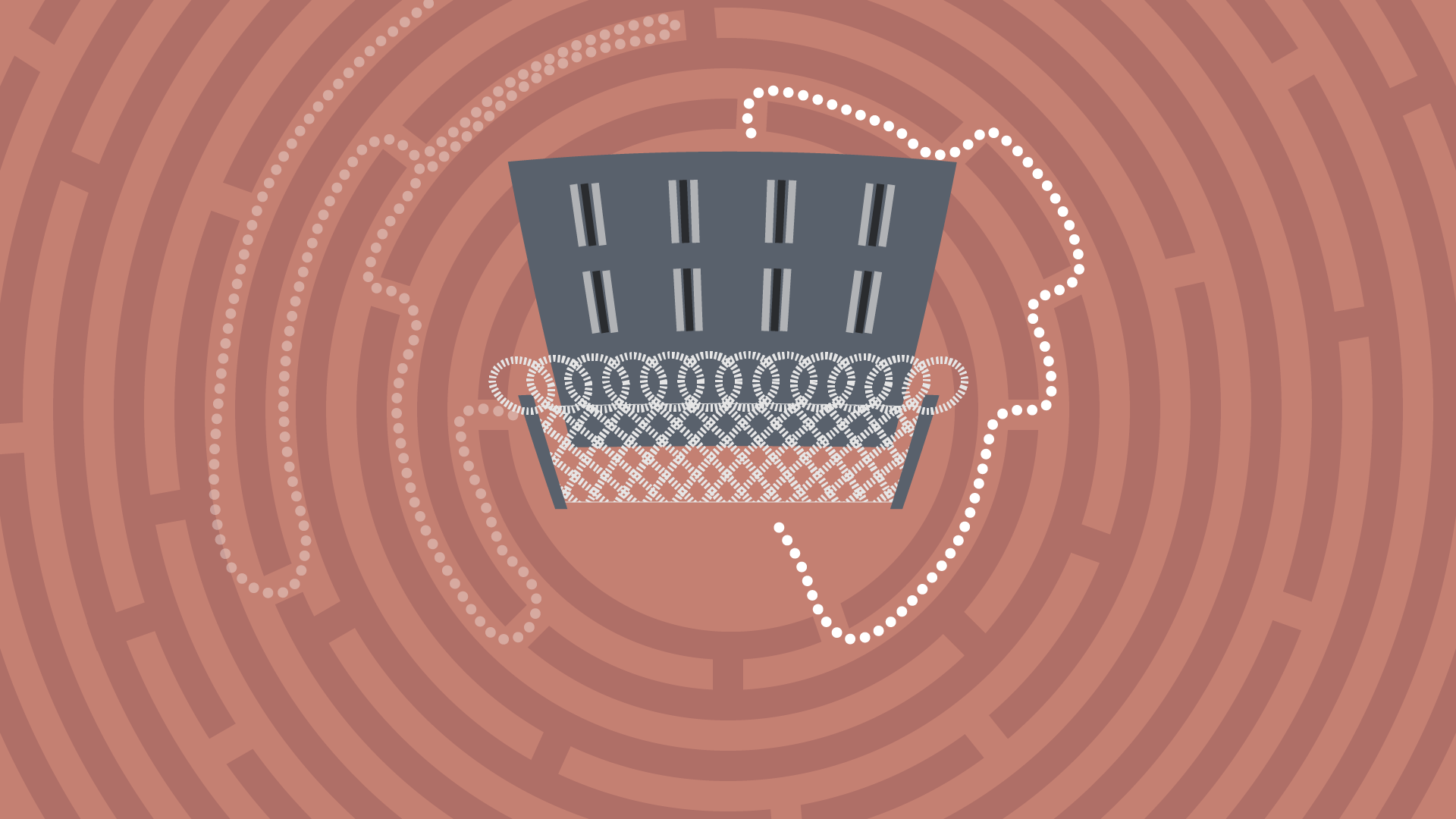 After years of state-backed efforts to reduce recidivism, a new report made public today by the Office of Policy and Management shows Connecticut has made steady if modest progress on how many released inmates wind up committing new crimes.

The report found that of 11,245 inmates who left state prisons during 2014, 60 percent were arrested for a new offense within three years of their release. That’s ticked down steadily from 66 percent of the cohort of inmates released in 2005.

New-arrest recidivism and return-to-prison recidivism are two of the four ways the report counts recidivism rates. It also counts two other categories related to new crimes — new convictions and new sentences. These categories overlap since, for example, anyone who is sentenced also has been arrested and convicted.

The OPM Criminal Justice Policy and Planning Division (CJPPD) examines recidivism patterns among release cohorts every three years. This is the first report examining the 2014 cohort’s post-release outcomes. It takes a broad look at the entire group of prisoners, and it will be followed up over the next two years with data on specific subgroups, said Ivan Kuzyk, the report’s principal author.

CJPPD interviewed about 120 returning prisoners to learn more about why they ended up back in prison, Kuzyk said.

“[We] got a better understanding of what was happening to people in terms of their lives outside of prison … there’s nothing really that you can say is causal because there’s no average prisoner,” Kuzyk said. “We used to think about all prisoners as one thing. What we’re really learning year by year, there are people with specific problems with specific needs.”

The drug epidemic has moved people into the prison system who wouldn’t otherwise wind up there, and gun violence in cities can have a traumatizing impact, Kuzyk said.

Connecticut’s overall prison population has been declining rapidly for a decade, and the number of young people in prisons has declined much faster.

“Since younger offenders tend to recidivate at higher rates than their older counterparts, fewer young offenders might be expected to translate into lower overall recidivism rates,” the report says.

The state’s decreasing incarceration rate, and 20 percent decline in violent crime from 2012 to 2016, aligns with data that shows descending crime rates across the U.S. and a nationwide shift toward reversing growth in prison populations through reforms.

Since 2007, more than 30 states have created policies prioritizing prison space for violent and career offenders, reducing prison terms for some offenses, and spending savings on programs that reduce recidivism, according to a report from The Pew Charitable Trusts.

“Although the specific policies vary from state to state, all are aimed at curbing the growth of prison populations and reducing costs to taxpayers while holding offenders accountable for their crimes,” Pew analysts wrote.

The Cybulski Community Reintegration Center, a prison in Enfield dedicated to preparing inmates for re-entry into the community, is one of those initiatives.

Semple said the facility, which has three units that each house slightly more than 100 inmates, also acts as a therapeutic community where prisoners hold each other accountable and work together as a community.

“There’s a benefit there. You’re improving not only one’s ability to succeed in the community — they’re not coming back into the system — but you’re also sending a message to the overall population, that there is this place and you can get there if you do the same things that we’ve been trying to influence these other folks to do,” Semple said.

The Department of Correction’s emphasis on showing inmates there’s an alternate path for them has become a common thread within the system.

The Malloy administration’s Risk Reduction Earned Credit (RREC) program is aimed at encouraging good behavior among offenders. It allows inmates to earn a maximum of five days a month off their sentence. Prisoners convicted of some of the most violent crimes are barred from earning credits.

Semple modified the program after he became commissioner in 2015 to become more incentive-based — bringing down the greatest number of credits someone in a maximum-security facility can receive in a month to three, and allowing inmates to earn an increased number as they progress to lower-security prisons. Offenders can reduce their security risk level by engaging in programming and displaying positive behavior.

“And it really puts an emphasis that we’re targeting the right people to put back out in the community,” Semple said. “There’s no benefit of putting someone back in the community who’s not trying to be accountable to themselves.”

State Sen. Len Suzio, an advocate for stiffer sentencing, says he won’t be satisfied with progress on recidivism as long as he can point to violent crimes committed by ex-convicts, especially those released early with Risk Reduction credits.

Suzio calls the crimes “scandalous” evidence that the state’s correction system is failing past and future victims.

At a press conference earlier this month Suzio called for further tightening the RREC program, citing a recent shoot-out with police in Hamden that resulted in the arrest of a convicted felon who was reported to have had time taken off his sentence through RREC.

“My question is, what the hell was an armed convict that hadn’t completed his prison sentence doing on the streets of Hamden two weeks ago?” Suzio said at the press conference. He said he would again push for adding offenses to the list of crimes that would disqualify prisoners from earning Risk Reduction credits.

Suzio said he had counted hundreds of charges of murder, rape and other violent offenses against inmates who had earned some amount of time off their sentences since the RREC program took effect in 2011. He said he had identified 119 murders, 154 rapes and almost 2,000 assaults among charges racked up by the first cohort of inmates released early under the RREC program — however, not necessarily charges that occurred before they would have been released if they served their full sentence.

Michael Lawlor, undersecretary for criminal justice at OPM, said violent inmates serve more of their original sentence under the state’s current system than in the past.

While the OPM report doesn’t get into much detail about subgroups within the release cohort, it does show some striking patterns in who returns to prison. In addition to younger inmates returning far more often, those with more prior convictions are more likely to return, across all age groups.

Semple’s approach to combatting recidivism evolved after he visited German prisons with Malloy in the summer of 2015 and saw a facility designated for inmates age 18 to 25.

“So I started to do the research on neuroscience brain development and learned about the impulsive nature of this age and how easily manipulated they are,” Semple said.

The correction department then partnered with the Vera Institute of Justice, a criminal justice reform group in New York City, to design a similar model in Connecticut.

Alexandra Frank, a senior program associate at the organization, said Connecticut “blazed the trail” when it opened its Young Adult Offender Program at the Cheshire Correctional Institution last year.

The program currently houses 61 inmates ages 18 to 25, and is intended to be a therapeutic community. Those chosen from a pool of applicants are mentored by selected offenders serving life sentences, and engage in activities with their families to help prepare them for reintegration.

They also have the chance to attend school, work in the facility or participate in a vocational education program.

“Being locked in a cell, not being given the opportunity to work toward goals, or connect with family — that sends a message that we don’t believe in you, we’re not invested in your success,” Frank said.

“When you re-imagine living conditions, that’s a game changer, and so a lot of the focus is on the outside, but what happens on the inside matters so much,” Frank said. “It sends a message about your ability to be successful when you return home.”