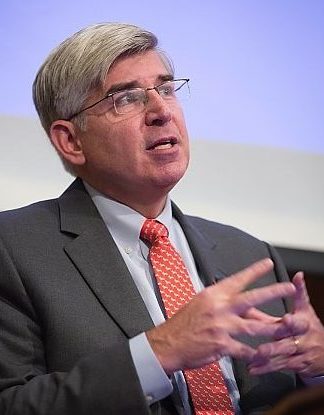 Fentanyl continued to drive the state’s drug epidemic to new deadly heights in 2017. The Office of the Chief Medical Examiner recorded more than 1,000 accidental overdose deaths for the first time in the last six years.

Overall drug deaths in the state have nearly tripled over six years, from 357 in 2012 to 1,038 in 2017, according to data released late last week. Of those 1,038 deaths, 677 involved fentanyl —  a synthetic opioid drug 30 to 50 times more powerful than heroin — either by itself or with at least one other drug. All other drug overdose deaths totaled 361, a five-year low.

Just six years earlier, the story was very different. Fentanyl was involved in only 14 deaths.

“This grim milestone reinforces the human toll of the opioid epidemic,” said Gov. Dannel P. Malloy. “The scourge of addiction knows no bounds, affecting people of all races, income levels, and geographic locations.

Since the rise of fentanyl, people across the state — including local, state and federal officials, all levels of law enforcement, the U.S. Drug Enforcement Administration, the state’s U.S. Attorney’s Office and substance abuse treatment providers — have been implementing a series of initiatives to fight the surge of the powerful drug, which has included prevention education, more access to medication-assisted treatment that helps curb cravings for opioids and a larger federal focus on individual overdose deaths.

The state has launched a multi-pronged, multi-agency “Change the Script” campaign to raise awareness and provide information to people, communities, health care providers and pharmacists about the opioid epidemic.

“The good news is that similar efforts have proven to be highly effective; the number of opioid prescriptions filled has decreased significantly each year since 2015 – and fell even further in the second six months of 2017,” Malloy added. “The bad news is that the prevalence of fentanyl has drastically increased the rate at which users overdose. This is a complex crisis that does not have one root cause or a simple solution, but we need to do everything in our power to treat and prevent it.”

Brian Boyle, assistant special agent in charge of the U.S. Drug Enforcement Administration in Connecticut and Rhode Island, said the DEA and the state’s U.S. Attorney’s Office created a task force about two years ago to track and investigate overdose deaths.

Typically, Boyle said, the DEA goes after organizations bringing large amounts of illegal drugs into the state, but they decided to start investigating individual overdose deaths because of the high numbers.

“When we saw the overdose deaths, we realized more had to be done,” he said. “Now, we respond to the actual scene of an overdose, almost create a crime scene and then try to find out who supplied that person.”

Over the last two years, DEA agents in Connecticut have investigated 150 to 200 overdoses and have made about 100 arrests, he said.

Officials from the state’s DEA and the State’s Attorney’s Office also have started visiting high schools to give presentations about the dangers of opioids, especially fentanyl.

Health care providers at the Wheeler Clinic also are trying to prevent the use of fentanyl through education. Wheeler provides mental health, substance abuse and primary care services and has sites in Hartford, New Britain, Plainville and Bristol.

Providers explain that fentanyl is much more pervasive and much more potent than heroin. If someone is willing, providers also will begin medication-assisted treatment.

Currently, the majority of individuals presenting for substance abuse treatment services at Wheeler have an opiate use disorder. In previous years, alcohol was the prominent addiction disorder.

Wheeler COO Sabrina Trocchi said Friday that the 1,038 who overdosed in 2017 represent people and only pushes the organization to work harder to treat those who are going through addiction.

“These aren’t numbers,” Trocchi said. “Each one is an individual who was a mother, father, son or daughter, and each is going to be sorely missed.”

How towns and cities fared

Norwich has been the hardest-hit among towns and cities, with a staggering overdose death rate of 8.5 resident deaths per 10,000 residents, according to a CT Mirror analysis of the data. Some 34 Norwich residents died in 2017. For comparison, Berlin and Newington had the next-highest overdose rates of 6.3 and 6.2 respectively, excluding very small towns, where per-capita rates are easily skewed.