Clock ticking on a bipartisan scramble to curb drug costs 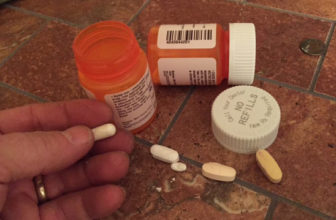 With only two weeks left in the legislative session, a Democratic lawmaker and the state comptroller are feverishly working to bring to the House floor proposed legislation that is considered Connecticut’s most comprehensive effort so far to control high prescription drug costs.

The bill aims to shine light on the murky supply chain and money flow in the prescription drug industry and to save residents money at the pharmacy counter by passing down to them some of the discounts that are negotiated with manufacturers.

But it won’t be an easy task, even with bipartisan support, to get a bill passed with so many stakeholders at the table — some of whom are vehemently opposed to aspects of it. Consequently, the bill still isn’t in final form as the last day of the session looms on May 9.

The current version was passed out of the legislature’s Insurance and Real Estate committee on March 20 by a 16 to 5 vote. State Rep. Sean Scanlon, D-Guilford, House chair of the committee, hopes to negotiate a final bill that can get a vote by the full legislature.

“Every facet of the health care world is involved in the bill, which means that to try to figure this out means getting the following people on the same page: pharmaceutical companies, pharmacy benefit managers, insurers, hospitals, the (Connecticut Business and Industry Association), advocates for affordable health care and advocates for seniors,” Scanlon said. “(Comptroller Kevin Lembo) and I have been at this now for over a year, and I’m hopeful we can get there, but this is a complex issue with a lot of very powerful interests that care about the fate of this bill.”

House Speaker Joe Aresimowicz, D-Berlin, said he expects to see a vote by the full legislature in the remaining weeks of the session. “Finding ways to make health care more affordable is an ongoing challenge, and reducing prescription drug costs is a critical part of that equation,” Aresimowicz said.

Connecticut officials aren’t the only ones seeking answers from the drug industry. Prescription drug affordability has drawn intense scrutiny the past few years as retail drug spending has risen at the fastest pace in more than a decade — growing 12.4 percent in 2014 and 9 percent in 2015 before slowing to an estimated 5 percent increase in 2016, according to a Congressional Research Service report.

Last year alone, more than 80 pharmaceutical pricing bills were proposed in more than 30 states, according to a 2017 report by The Yale Global Health Justice Partnership, a joint initiative between Yale Law School and the Yale School of Public Health.

According to the Yale report, as spending on prescription drugs increases at a faster rate than any other component of health care spending, Connecticut residents and people nationwide are skipping doses of critical medicines, and others are choosing between their health and necessities like food and rent.

Because of the complexity and opaqueness of the industry, high costs are blamed on many different players, including the drug companies but also lesser-known entities called pharmacy benefit managers, also known as PBMs. 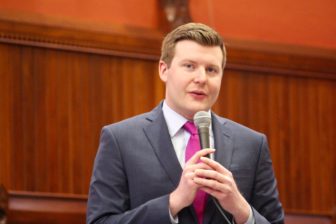 Insurers hire PBMs to administer their pharmaceutical benefits. PBMs negotiate with manufacturers to get rebates — actual money — on each prescription filled. In return, the companies’ drugs are included on the insurers’ formularies, the lists of drugs the insurance companies will cover. The rebates generally are offered on drugs where there is competition and not on generic drugs, where price inflation has been less.

PBMs keep some of the rebate money and pass the rest directly to the insurers, which typically use the revenue to offset the cost of premiums for customers. In recent months, some insurance companies have bought  independent PBMs, and vice-versa.

The Connecticut bill would change that, giving lawmakers and policymakers information they need to make future reforms. As currently written, the bill would require all PBMs operating in the state to register with the insurance commissioner and submit to the Office of Health Strategy annual financial reports that include information on prescription drug rebates and administrative fees.

“How much of these rebates are being passed on is a hugely important question,” said Ameet Sarpatwari, a Harvard Medical School instructor and expert in pharmaceutical drug law and regulation. “It’ll help open the black box of what’s really going on.

“Getting to to the root of this will be helpful in terms of knowing where to place your resources for doing regulation and reform,” Sarpatwari said. “But it’s not a panacea. It won’t in itself result in meaningful savings, but it will lead down the road to action that might.”

“This bill would undermine these savings by imposing new so-called ‘transparency’ mandates that would harm the ability of employers, unions, and public programs to reduce prescription drug benefit costs for their enrollees,” Cote said. “It would take contract decisions away from employers by forcing the disclosure of proprietary drug pricing information, which could promote tacit collusion among drug manufacturers to raise prices.”

Caitlin Carroll, spokeswoman for PhRMA, which represents the pharmaceutical industry, said that, while they have some concerns with the bill, “examining the entire supply chain would help shed light on whether middlemen are sharing savings and rebates with patients.”

Who gets the rebates?

Under the proposed legislation, the majority of rebates from drug companies would be passed down to state residents when they buy drugs at pharmacies, effective Jan. 1, 2019.

Some would benefit more than others, depending on the type of health coverage they have, the prescriptions they take and the size of the rebates.

With a copayment, residents pay a set amount, depending on the tier of the drug. They wouldn’t see any savings because co-payments are typically cheaper than the rebated drug prices.

The Connecticut Association of Health Plans submitted written testimony in March opposing this aspect of the bill, saying they feared it would have “the unintended impact of raising premiums.”

In a recent letter to members of the insurance committee, Commissioner Katharine Wade reiterated the department’s stance that health insurance premiums will increase by at least 3 to 4 percent if drug rebates are passed down to the consumer.

“While some believe that this would be a one-time premium increase, I want to set the record straight: This will result in an increase in premiums every year for consumers,” Wade said. “This is not a one-time cost increase to consumers.”

“It’s long past time that Governor Malloy reminds his insurance commissioner of her obligation to protect patients over the interests of the insurance industry that she is charged to regulate,” he said. “Make no mistake: Removing this provision of the legislation will take money out of the pockets of Connecticut consumers and put it in the bank accounts of insurance companies.”

Two insurance companies, Aetna and UnitedHealthcare, have both announced that they will pass down the rebates to some of their customers starting in 2019.

In a statement in March, Aetna said, “While the majority of rebates have always been passed on to plan sponsors and their employees through lower premiums, Aetna believes that greater transparency is needed throughout the pharmaceutical supply chain in response to the nearly 25 percent increase in drug prices between 2012 and 2016.”

Other components of the Connecticut bill provide that:

According to the Office of Fiscal Analysis, the bill would cost the state about $150,000 in fiscal year 2019; and $255,000 in 2020. Most of the money would used for additional staff needed in the insurance department and the Office of Health Strategy.