Reforms to stem Whiting abuses head to the governor 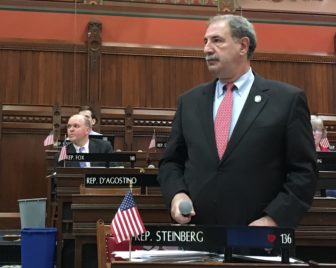 Spurred by urgent demands that horrific abuse at Whiting Forensic never happen again, the state House of Representatives unanimously gave final approval to a series of reforms designed to increase oversight of the facility.

The House voted 148 to 0, with two members absent. The Senate unanimously passed the bill on Friday.

Among other things, the bill creates an independent task force to oversee Whiting and makes employees there and at other state behavioral health facilities subject to fines or even criminal charges if they fail to report abuse.

“It was not long ago that we became aware of a horrific situation that occurred at one of our most important public health institutions in the state of Connecticut,” said Rep. Jonathan Steinberg, D-Westport, House Democratic chairman of the Public Health Committee. “We put our trust in the people that take care of [the patients] and from what we understand that trust was broken over a period of years in horrific fashion with abuse, and even criminal acts … this bill is the beginning of a conversation about our response to that horrific circumstance.”

Last year, hours of recordings showed Whiting patient William Shehadi Jr., now 59 years old, being repeatedly kicked, hit and tormented by staff. As a result, 10 staffers were arrested and 37 were put on paid administrative leave. All 37 have since separated from state service, according to the state Department of Mental Health and Addiction Services, which oversees Whiting.

“I propose that this is one of the most important bills that this chamber will hear tonight and perhaps all session,” said Rep. Christie Carpino, R-Cromwell, a member of the Public Health Committee. “We’re here as a group because of inhumane treatment on those who can’t speak for themselves … we’re talking about physical, mental, verbal abuse to people who could not come here and tell their stories, but for brave individuals, staff members, patients and advocates, who brought their stories to the General Assembly.”

Whiting staffers generally care for patients with psychiatric disabilities, some of whom have been found not guilty of a crime by reason of mental disease or mental defect.

Those acquitted of a crime fall under the jurisdiction of the Psychiatric Security Review Board (PSRB). Shehadi was committed to the PSRB in 1995 after being acquitted because of his mental illness in the killing of his father. He has been involuntarily committed to state custody ever since.

The bill also codifies the separation of Whiting from the Connecticut Valley Hospital (CVH) in Middletown (a change the governor already has made through an executive order). It also requires the state Department of Public Health (DPH) to conduct an extensive on-site inspection and review of records at Whiting.

DMHAS spokeswoman Mary Kate Mason said the bill “was a long time in coming” and involved work from many agencies and the legislature to “ensure patients are safe, that staff are safe and that allegations that we’ve heard about never happen again.”

Beds at Whiting were officially consolidated with those at CVH’s Dutcher Enhanced Security building a week ago, creating a 229-bed stand-alone forensic hospital. As such, the public health department would be required to scrutinize operations at the facility at least every two years — or whenever a complaint arises.

The new task force would be charged with reviewing and evaluating the operations, conditions, culture and finances of Whiting, as well as CVH. It also would evaluate the feasibility of creating an independent, stand-alone office of inspector general for CVH and Whiting.

That office’s responsibilities would include investigating complaints concerning CVH and Whiting employees, and evaluating the need to conduct a confidential survey regarding the employee work environment at CVH and Whiting, including worker morale, management and any incidents of abuse and neglect. 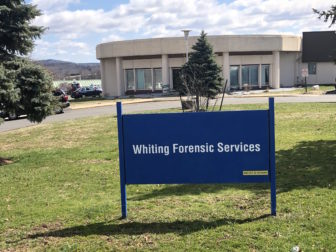 The bill requires DPH to inspect Whiting by Jan. 1, 2019, and review the hospital’s operating protocols and procedures, documentation of employee training, any complaints against the hospital or an employee, and any allegations of abuse or neglect of a patient. The public health commissioner must report the findings from that review to the task force with 30 days.

There is currently no criminal penalty for failing to report patient abuse in DMHAS behavioral health facilities.

Sen. Heather Somers, R-Groton, Senate Republican chair of the Public Health Committee, has been heavily involved with the Whiting issue since the abuse surfaced.

“It’s a great step in the reformation of an organization that has been way too long in the shadows,” Somers said after the House vote. “It’s the first step for Connecticut to really change the course for folks living with mental illness at Whiting Forensic, and it’s something that’s long overdue.”