An unrelenting heat wave — and the weather was uncomfortable, too

A week of unrelenting heat in Connecticut had its parallels in state and federal politics last week despite a midweek Independence Day holiday.

After weeks of pressure over his apparent abuse of his public office for personal benefit and other alleged legal violations and lapses of ethics, U.S. Environmental Protection Administrator Scott Pruitt resigned his post Thursday. No one in Connecticut’s congressional delegation was sorry to see him go.

At the same time, President Donald Trump’s ongoing and fast-paced search for a new U.S. Supreme Court justice was sending shivers down the collective spine of the Democratic Party, which is powerless to block an appointment they fear will be too conservative. 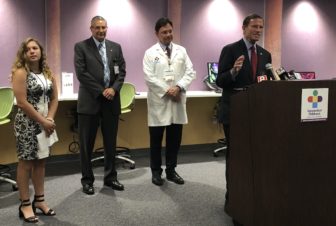 But in an effort to turn public opinion against the Republicans, Connecticut Sen. Richard Blumenthal took to the podium of Connecticut Children’s Medical Center and warned that appointing another socially conservative judge could threaten health coverage for people with pre-existing medical conditions. He also tweeted that the pending appointment poses “the greatest danger for reproductive rights&women’s health in our lifetime.”

It was another instance of how Connecticut’s all-Democratic congressional delegation (not to mention Democratic Gov. Dannel Malloy) are at odds with the president’s policies on nearly everything, including immigration and environmental regulation.  U.S. Rep. Rosa DeLauro, D-3rd District, was among those in attendance supporting a suit brought against the federal government on behalf of two immigrant children who were taken from their parents at the U.S.-Mexico border.

The week had begun with plenty of heat on the family-separation issue, not only in Washington but also in Hartford, where 35 people were arrested for protesting the Trump policy and blocking the entrance to a federal building. 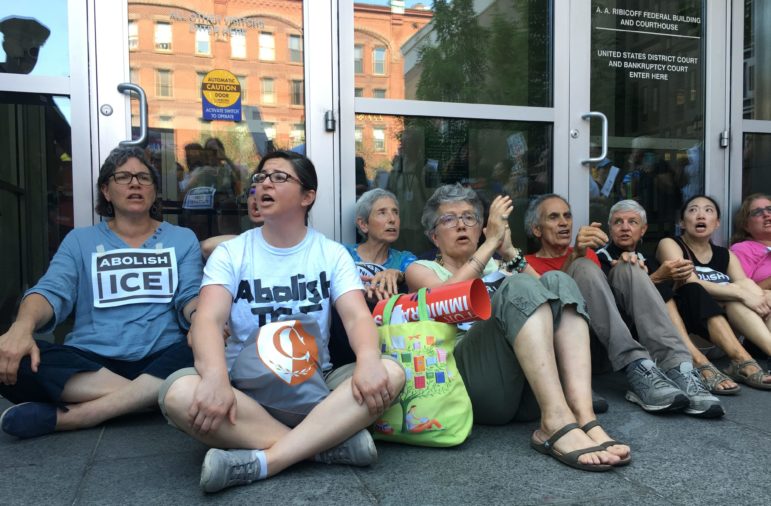 Not that Malloy’s administration is immune from lawsuits and investigations itself. The Department of Social Services is being threatened with contempt of court for failing to process Medicaid applications in the amount of time demanded by a federal judge.

Meanwhile, multiple inquiries are underway following the suicide of a 16-year-old girl at Connecticut’s psychiatric hospital for children.

The week wasn’t all bad for Malloy, however.  For starters, Stanley Black & Decker announced the planned construction of a $1 billion fuel-cell powered data center in New Britain – a project that is predicted to create 3,000 jobs over the next decade.

Then Seven Stars Cloud Group, a financial asset digitizing company, said it would open a $283 million global headquarters in West Hartford, creating about 330 jobs.  Friday the University of Connecticut Board of Trustees voted to sell the company the former UConn West Hartford campus for $5.2 million.

On the Connecticut campaign trail, Steve Obsitnik, seeking the Republican nomination for governor, learned he will have to do it a bit longer without the help of public campaign financing while the State Elections Enforcement Commission investigates his relationship with an independent expenditure committee named FixCT, Inc.

On the Democratic side, Ned Lamont and his running mate Susan Bysiecwicz secured the endorsement of U.S. Rep. John Larson, D-1st District, in their bids for the Democratic gubernatorial and lieutenant governor nominations in the Aug. 14 primary.

Jahana Hayes, the former National Teacher of the Year who is pursuing the 5th Congressional District seat, won an endorsement from the Working Families Party; and Timothy Herbst, one of the five Republicans seeking nomination for governor, was endorsed by the state’s largest gun owners’ group, the Connecticut Citizens’ Defense League.