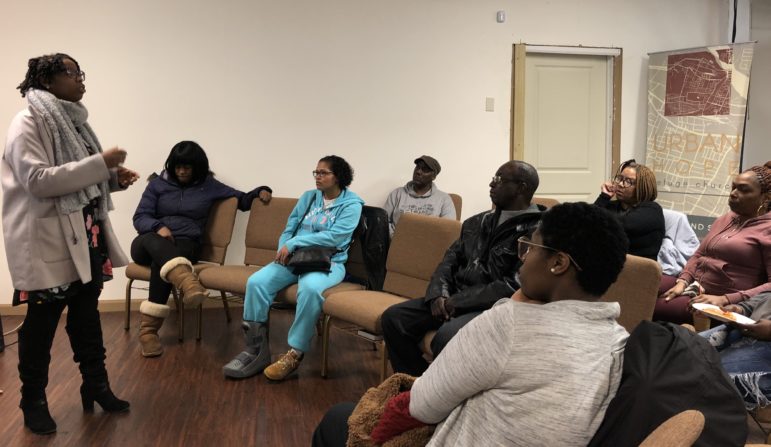 But after the Department of Housing and Urban Development became part of the partial shut down on Dec. 22, the organizer was laid off.

“There’s no one to help them now,” said Erin Kemple, executive director of the Connecticut Fair Housing Center.

That’s just one vexing problem the shutdown is causing public housing tenants as it threatens to become the longest in U.S. history.

Vital repairs at other Connecticut public housing projects have been put on hold because of the shutdown. Several other public housing projects in the state — including the Marjorie Moore Village in Berlin and the Casa Verde Sur in Hartford — were in the process of renewing their contracts with HUD when the shutdown went into effect, which means they are no longer receiving subsidies to house low-income tenants.

Some private owners of these housing projects have begun to draft eviction notices to their tenants. In response, HUD has asked these landlords to tap their reserve fund to pay for mortgages and meet other expenses instead of evicting their tenants.

“We do have reserves and we will continue business as usual,” said Joe Bajorski, chairman of the Berlin Housing Authority. “Once Congress funds HUD, I am sure we will get reimbursed.”

HUD’s shutdown, and the closure of eight other federal agencies, is the result of a standoff between congressional Democrats and President Donald Trump over allocating $5.7 billion for the president’s proposed border wall.

After 21 days — now tied with one other as the longest government shutdown in U.S. history –there is no sign of a settlement.

Vanessa Franklin, 62, lives in the federally subsidized Barbour Gardens apartments in the North End of Hartford. She uses a bottle of bleach to ward off mice, and like many others in the 84-unit complex, her home is contaminated with mold.

Franklin has been waiting for the results of a HUD quality assurance inspection performed in October. But because of the federal government shutdown, she has not received a score from HUD that could potentially allow her home to receive remediation. Since the shutdown began, HUD employees have been furloughed and health and safety inspections have been halted.

Franklin, who has lived in the Barbour Gardens apartments for 21 years, said her daughter has been hospitalized twice for respiratory issues from the mold in the building.

Cori Mackey, the executive director of the social justice organization Christian Activities Council, described the conditions at Barbour Gardens as horrific, saying the complex is riddled with mold, rotting floorboards, leaks, and rodent and roach infestations.

In some units, the conditions of some children living with acute respiratory issues are being exacerbated by the mold, and the owner can be required to put those families in another property, Mackey added.

“But it requires a HUD inspection and so those inspections are on hold because of the shutdown,” Mackey said. “And so these kids continue to live in this environment.”

Earlier this week, the Christian Activities Council held a meeting with roughly a dozen of the tenants, where community organizer Tieasha Gayle told residents the federal shutdown has impeded any progress.

“And so a lot of times you’ll hear a lot of jokes going on about the government shutdown and what is happening, but unfortunately you guys are being directly impacted by whatever is happening on that federal level because it all trickles down,” Gayle said.

Gayle also said she did not want to scare the tenants, “but the reality is if HUD runs out of funding to continue paying the owner, that can possibly lead to evictions.”

“We’re just counting down the days to where the government can be reinstated,” she said. Michael Santoro of the Connecticut Department of Housing said the shutdown has prevented the state from tapping into a $3 million lead-hazard mitigation grant that would help the department, in partnership with the Connecticut Children’s Medical Center, abate lead paint hazards.

And if the shutdown continues into March, the problems it poses for those who depend on public housing and assistance from HUD will sharply escalate, Santoro said.

About 38,000 individuals and households in Connecticut receive “Section 8” federal housing vouchers that help them pay their rent. But HUD may run out of money in March to issue those vouchers.

“All those people will not be having their rents paid and subject to eviction for non-payment of rent,” said Kemple of the Connecticut Fair Housing Center.