State and local officials joined with community leaders Monday to announce outreach efforts to ensure Connecticut’s population is counted as accurately as possible in the 2020 Census.

The every-ten-year “decennial” Census is still more than a year away, but there’s a lot riding on getting it right. The results serve as the basis for research, business decisions, policy-making, federal grants that for Connecticut add up to about $8 billion, and even determine how many seats states get in the U.S. House of Representatives.

Lt. Gov. Susan Bysiewicz was joined in her State Capitol office by local officials and representatives of schools, community health organizations and other social services nonprofits to announce the formation of the Connecticut Complete Count Committee (CCCC). Complete Count Committees exist around the country. Connecticut’s CCC will also help with the formation of smaller Local CCCs.

Much of the work cut out for these committees is a public relations campaign to get more people to respond to questionnaires that go out in the mail, or — new this decade — to complete them online.

When people don’t fill out those surveys, the Census Bureau has to begin the difficult and expensive task of knocking on doors  to complete its count. Bysiewicz said about 22 percent of the state’s population lives in hard-to-count areas. 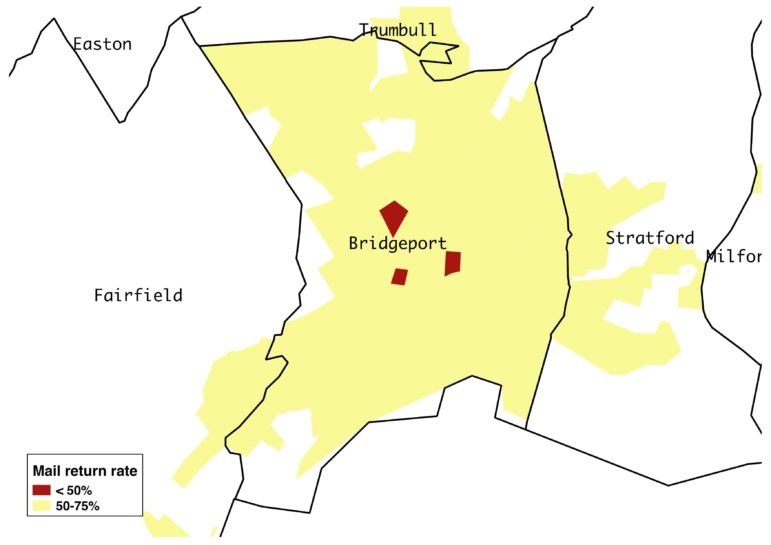 Part of the challenge is getting people to trust that they can safely provide personal information to the government without repercussions.

State Rep. Christopher Rosario, D-Bridgeport, applauded Bysiwicz for her work coordinating Census count efforts and acknowledged there is “fear” in his district he worries might affect the accuracy of the count.

“This effort’s important because many times people in communities of color, especially the Latino community, they’re afraid to come forward,” Rosario said. “I’m going to applaud Attorney General Tong for working to fight the citizenship question on the Census.”

Rosario was referring to a question about citizenship added by the Trump administration. Critics fear the question will suppress participation in the Census, leading to certain populations, especially minorities and immigrants, being under-represented. 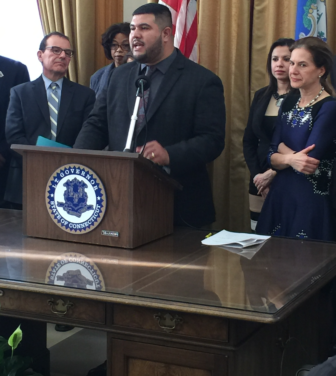 State Rep. Christopher Rosario of Bridgeport says overcoming fear, particularly among the Latino community, is critical to ensuring Connecticut gets an accurate count in 2020.

The citizenship question is at the center of an on-going legal battle between the Trump administration and attorneys general from many states, including Connecticut. It is expected to reach the Supreme Court, the New York Times reports.

Whether or not the question remains on the final questionnaire, officials have consistently said that participants in the Census, even those who are here illegally, don’t have to worry that information they provide could lead to their deportation or other consequences.

Ian Hull, a Census official for the region that includes Connecticut, emphasized that his agency is prohibited from sharing personal information  with federal agencies, including law enforcement and ICE.