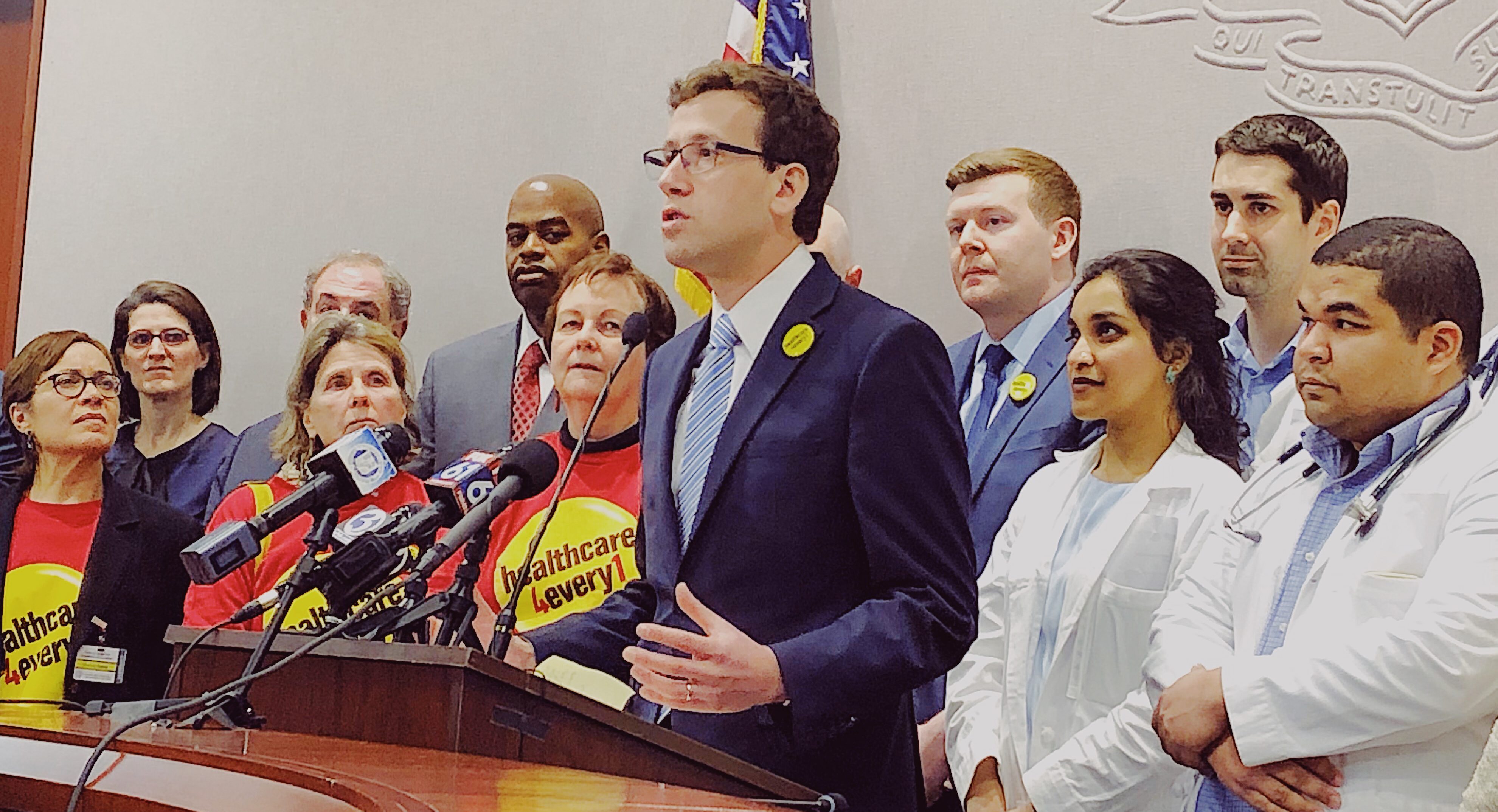 Connecticut lawmakers are joining other states that have unveiled proposals to expand government-run health coverage, with plans to extend state health benefits to small businesses and nonprofits, and to explore a public option for individuals.

Under two measures announced Thursday, officials would open the state health plan to nonprofits and small companies – those with 50 or fewer employees – and form an advisory council to guide the development of a public option. The legislation would allow the state to create a program, dubbed “ConnectHealth,” that offers low-cost coverage to people who don’t have employer-sponsored insurance.

Comptroller Kevin Lembo’s office would partner with one or more private insurers under an umbrella contract to provide plans outside of the state’s risk pool. The plans would meet the standards outlined in the Affordable Care Act.

“Somewhere in Connecticut, there’s a young worker with a big idea that they want to chase – something that could change their world or ours – but for now, they’re forced into a cubicle because it may be their only way to access health care,” said Lembo, Connecticut’s former health care advocate. “I’ve seen this story play out a time or two – dreams set aside and lives put on hold indefinitely and squandered because our health care market is broken.”

If adopted, small businesses could join the state health plan as early as January. Less than half of Connecticut’s small companies offer health insurance to their workers, legislators said, despite collectively employing more than 700,000 people – about half of the state’s workforce.

The public option would be created with input from the advisory council. It would require a second round of legislative approval, and wouldn’t roll out until 2021.

The council will examine the financial impact of the public option. Sen. Matthew Lesser, D-Middletown, a co-chairman of the Insurance and Real Estate Committee, estimated that the startup costs would amount to less than $1 million.

“We’re not trying to subsidize insurance,” Lesser said. “What we’re trying to do is leverage what we have right now in place, and we’re working to try to find a way to do that without impacting the general fund.”

Lembo said the public option is not about vilifying the private insurance industry, but rather seeks to recognize that government can –by boosting competition –provide vital assistance to small businesses and their workers.

“I think they are trying their hardest,” he said of the insurance companies, “but they’re competing over a shrinking book of business.”

That has translated into too many private health plans offering minimal benefits at prices many households can’t afford, Lembo said.

“This is about trying to bring more people to the table based on what might be a more affordable option because there is no profit motive, no shareholder input, no brokers’ fees,” he added.

“With any new health insurance market comes the increased likelihood of destabilization because of potential changes in the risk pool,” Joe Brennan, the group’s president and CEO, said in written testimony submitted Thursday. “If a disproportionate share of individuals with greater health care needs choose to enroll in the ConnectHealth program, premiums could go up significantly and raise costs to the state by impacting state employee premiums.”

The CBIA also has “considerable concerns” about funding for the public option, he said.

“This is something that would be extremely expensive for our state and would crowd out already limited state funding for core services for the most vulnerable,” he said. “There is a reason why President Obama did not go in this direction when he developed the Affordable Care Act and there is a reason why no other state has this system.

“A public option would actually lead to more expensive health care costs over the long term and destabilize the individual market through less competition as private insurers would be forced to compete with a government option that can offset costs at any time simply by raising taxes.”

Cities and states across the country have announced ambitious proposals to explore government-sponsored health insurance.

Democrats in Washington state, New York and California have introduced plans to offer public coverage to people who don’t qualify for it or can’t afford to enroll.