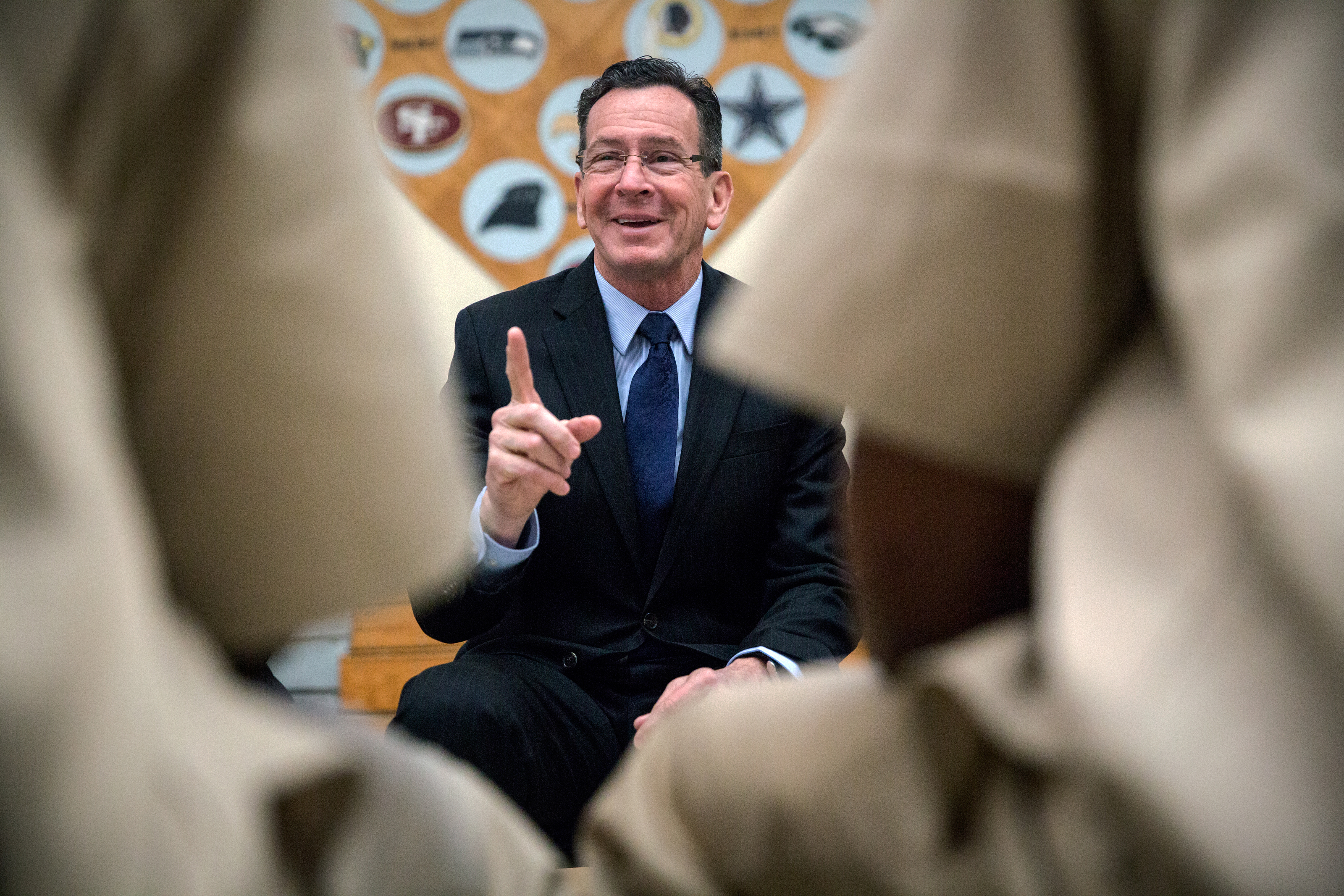 Despite a rookie governor and a slew of freshman lawmakers, the General Assembly passed several bills in the first legislative session of Gov. Ned Lamont’s tenure that build on the landmark criminal justice reforms instituted by his predecessor, former Gov. Dannel Malloy.

Under the tutelage of Malloy, who visited state prisons 26 times during his eight years in office, Connecticut became a leader in the criminal justice reform movement. It repealed the death penalty, raised from 16 to 18 the age at which juveniles are tried as adults for most crimes, decriminalized small amounts of cannabis, reformed its pardon and parole processes and reduced penalties for nonviolent drug crimes.

Lamont expressed interest in picking up where Malloy left off after he won the gubernatorial election last year.

He convened a criminal justice advisory panel before he took office, successfully proposed allocating about $8 million to the Department of Corrections over the next two years so the agency can expand its services providing medication-assisted therapy to people in prisons and, last February, stepped inside a prison for the first time in his life.

Marc Pelka, Lamont’s undersecretary of criminal justice policy and planning, joined the governor on his trip to Cheshire Correctional Institute.

“I saw him talk to everybody he could inside that prison and on the tour,” Pelka recalled. “I saw somebody who got criminal justice reform both intellectually, and more importantly, in his heart.”

Though he didn’t have much background knowledge on criminal justice issues before he became governor, Lamont has indicated he’s willing to learn so that Connecticut stays at the forefront of the criminal justice reform movement.

“I saw him talk to everybody he could inside that prison and on the tour. I saw somebody who got criminal justice reform both intellectually, and more importantly, in his heart.”

“As long as he has an appetite, I have a meal,” said Rep. Robyn Porter, D-New Haven, who sits on the Judiciary Committee and chairs the Labor and Public Employees committee.

One of Lamont’s early priorities was Senate Bill 880, which will make Connecticut prosecutors’ actions more transparent. The measure, which requires state officials to collect data on people accused or convicted of a crime, and record information on sentencing, bond and probation and parole requirements, unanimously passed both chambers before the session’s end.

“There will be some levels of accountability and checks and balances put in place, where we’re looking at why prosecutors make the decisions they make,” Porter said. “What’s the process, how do they come to those decisions?” 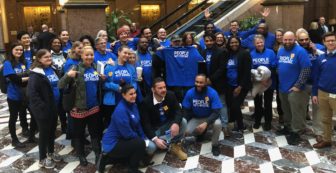 David McGuire, executive director of ACLU of Connecticut, said the data gleaned from SB 880 will inform advocacy and watchdog groups, public officials and prosecutors, as well as victim rights and juvenile justice organizations.

“All these groups have an interest in understanding exactly what it is that prosecutors are doing,” McGuire said, adding that the measure also makes more transparent the process by which the Criminal Justice Commission appoints prosecutors.

Another crucial piece of legislation awaiting Lamont’s signature is a police accountability bill that requires dashboard camera recordings be made available to the public within 96 hours of an incident, charges police departments with submitting annual use of force reports to the state’s Office of Policy and Management, prohibits police officers from firing at fleeing vehicles, and establishes a task force to make policing more accountable and transparent.

“I think all of those things come together to make the interactions that police have with the public, safer,” said Sen. Gary A. Winfield, a New Haven Democrat who quietly negotiated the bill with police chiefs and obtained their blessing.

Other important criminal justice-related bills that passed the House and Senate include one that authorizes a study to examine how juveniles and public safety are affected when their cases are transferred to adult court, and another that approves the creation of a council to study the collateral consequences of criminal convictions.

House Bill 6921 fleshed out ideals Lamont espoused on the campaign trail. As originally written, the measure would have banned discrimination in employment, housing, public education, insurance and government programs services based on a person’s criminal history. But lawmakers amended the bill before sending it to Lamont’s desk, choosing instead to create a 20-member panel to study the discrimination people with a criminal records face and develop future legislation to eliminate that stigma.

“We didn’t have ample opportunity to really get into the community and engage the community, policymakers, stakeholders, so we figured we’d take this year to get that done and come back with the data that we need, to support a good, solid bill,” said Porter, one of the bill’s sponsors.

“This is more than the typical task force that comes out of a policy push. There seems to be a lot of buy-in from folks across the spectrum that we need to grapple with this subject,” McGuire said. “The piece that is significant is that no one on any of the committees that this passed through said that this is a non-issue.”

Several important criminal justice-related bills failed to make it across the finish line, however.

Included on that list are a voter expansion proposal that would have restored voting rights to people on parole, a measure that would have eliminated the hefty charge for phone calls between inmates and their families, and a bill that would have banned the use of solitary confinement.

A far cry from the “lock ‘em up” carceral policies of the 1990s, Connecticut lawmakers’ willingness to tackle these issues has coincided with voters’ support for reforming the criminal justice system. A 2018 poll commissioned by the ACLU of Connecticut found that 82 percent of respondents—who identified as Democratic, Republican and unaffiliated voters—said people who have been convicted of a crime can turn their lives around and contribute to society if they are given appropriate help. Fifty-eight percent of respondents said such reforms would help communities save money that could be reinvested in crime prevention and rehabilitation.

“This system is rooted and grounded in racism. It is not broken, it was designed to operate exactly how it’s operating, and it needs to be dismantled. So, I need some people who are going to have the courage, and the intestinal fortitude, the backbone, to get to the table, and get this work done honestly and authentically.”

Chandra Bozelko, a writer who was incarcerated in East Lyme’s York Correctional Institution from 2007 until 2014, suggested the 2020 presidential election might be the first where voters and candidates engage with criminal justice reform policies in a meaningful way.

In other words, it’s in the interest of Lamont and other lawmakers who aren’t steeped in knowledge on criminal justice matters to study up in the interim and convene the 2020 session with such issues front and center.

“He’s going to be caught between the national conversation and the state conversation, so he’ll need to know a little bit more,” Bozelko said of Lamont.

Porter recommends lawmakers spend time traveling outside their districts before the next session to engage with residents whose lives have been affected by the criminal justice system, and reckon with history so that they can acknowledge its role in longstanding prison policies.

“This system is rooted and grounded in racism. It is not broken, it was designed to operate exactly how it’s operating, and it needs to be dismantled,” Porter said. “So, I need some people who are going to have the courage, and the intestinal fortitude, the backbone, to get to the table, and get this work done honestly and authentically.”

Pelka said Lamont intends to engage with people directly impacted by the criminal justice system—victims, as well as people in prison and mental health professionals—before next year’s session. He said Lamont wants to focus on ways to lower recidivism, which will help improve communities’ wellbeing and save the state money.

“One of the governor’s greatest strengths in approaching criminal justice reform is his level of empathy toward people affected by the criminal justice system: crime victims and people in the justice system alike,” Pelka said, “and every opportunity that I’ve had to meet those populations, I’ve been struck by the level of heart that he brings to this issue.”

With police reforms stalled in Congress, the nation's CEO's, including those from Cigna and Travelers, have released a compromise plan.