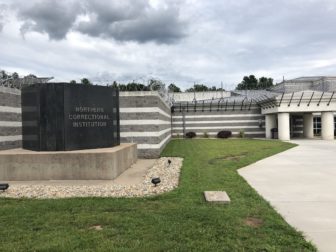 A federal judge’s ruling earlier this week that the state is imprisoning former death row inmates under cruel and unusual conditions at Northern Correctional Institution could upend the way Connecticut treats prisoners who were originally sentenced to die.

State officials would not say Thursday whether they intend to appeal the ruling by U.S. District Judge Stefan Underhill.

If the ruling stands, lawmakers could be tasked with resolving the issue. That’s because the conditions of imprisonment for former death row inmates were codified in state statute when Connecticut lawmakers abolished capital punishment for future crimes in 2012.

In drumming up votes for the repeal of the death penalty, lawmakers visited Northern, where death row was located, and the MacDougall-Walker Correctional Institution, another high security prison that is less isolating that Northern. Legislators in favor of repeal concluded that  for the measure to pass, those sentenced to the new crime of murder with special circumstances would need to live in conditions similar to life in Northern, not MacDougall.

“This is an issue that may unexpectedly fall into the General Assembly’s lap in 2020,” said Rep. Steven Stafstrom, D-Bridgeport, co-chair of the Judiciary Committee. “I don’t think this was an issue that had gotten to the attention of the Judiciary Committee prior to this ruling, and now obviously this takes on a heightened status of awareness in terms of considering whether there needs to be policy changes made or not.”

Underhill ruled Wednesday that the conditions imposed on former death row inmates by the state of Connecticut are “cruel and unusual.”

“Other than two daily hours of recreation and two 15-minute breaks to eat lunch and dinner, each such inmate is effectively condemned to spend the rest of his life in a cell roughly the size of a parking space,” Underhill wrote.

Underhill’s 57-page legal opinion paints a hellish picture of plaintiff Richard Reynolds’ life at Northern. Segregated from other inmates and held in a cell for 22 hours each day, which regularly smell of feces because of the facility’s plumbing problems, Reynolds is prohibited from physical contact with family members should they make the trek to Somers to visit him.

“Reynolds committed a heinous crime – he murdered a law enforcement officer,” Underhill wrote in his ruling. But, “the fact that people commit inhumane crimes does not give the state the right to treat them inhumanely.”

Underhill ordered the Department of Correction to loosen the conditions of Reynolds’ confinement and prohibited the state agency from enforcing the statute “against any current or future inmate.” He gave the department 30 days to issue a progress report.

State officials said Thursday they are still reviewing the order.

“We’re aware of the decision and we’re reviewing the court order with our legal team to determine our next steps,” said DOC spokeswoman Karen Martucci.

“The Office of the Attorney General is reviewing the decision and is weighing options for next steps,” said Elizabeth Benton, the office’s spokeswoman. If the state wants to appeal, it must file within 30 days of the court’s decision.

Michael P. Lawlor, former undersecretary of criminal justice policy and planning for Gov. Dannel P. Malloy and current professor at the University of New Haven, said he was “not surprised” at Underhill’s ruling.

Absent a serious disciplinary infraction committed in prison, Lawlor said, such “extraordinary restrictions” of inmates are hard to justify, regardless of the severity of the inmates’ original crime.

“I’ve talked to a lot of people about this, and I don’t know of any legal experts who feel this is actually constitutional,” Lawlor said.

To be clear, Lawlor stressed, “These men have been sentenced to life in prison without the possibility of release. That has not been changed… they’re not out playing volleyball in a minimum security [prison.]”

Underhill castigated the DOC’s use of solitary confinement in holding the former death row inmates.

“In this case, Reynolds has spent nearly half his life alone in a concrete cell. When considering the average male life expectancy, he still has 34.3 years remaining in those conditions,” the judge wrote. “Each passing year, he faces the risk of deteriorating psychological health … Reynolds will never interact with inmates who were not previously on death row, never touch a friend or loved one, and never have another opportunity for meaningful social interaction for the rest of his life.”

That language could have broader implications for the use of solitary confinement against all inmates, not just those originally sent to death row, said David McGuire, the executive director of the ACLU of Connecticut.

“We’re hoping that this creates a road map for others to challenge, and potentially the legislature to step up and end this practice for everyone,” McGuire said. “I think that this ruling and the clarity of it will likely reignite conversations about the use of solitary confinement in Connecticut.”

Underhill’s ruling also notes that there will be a future hearing to assess damages owed by the roughly 10 correction officers named as defendants in the case.

“Richard Reynolds and others have been subjected to some very harsh, unconstitutional conditions for a very long time,” McGuire said. “It’ll be interesting to see how that plays out.”