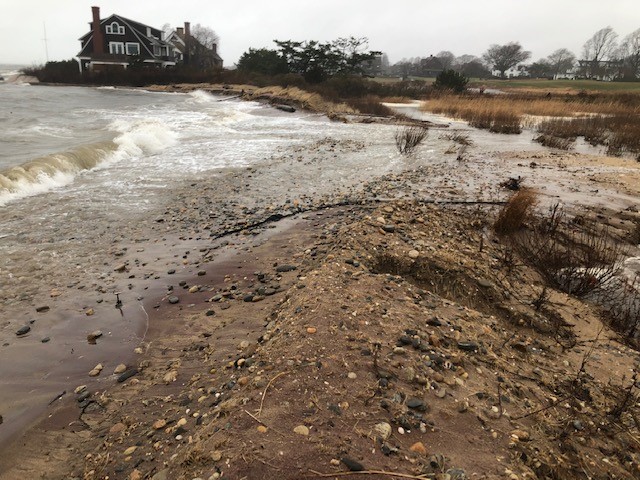 Water flowed through the Hepburn dune in Dec. 2018 after an October Nor’easter breached it. Hepburn’s former home is in the background

Editor’s Note: This is the last of six stories exploring how Connecticut is grappling with the effects of climate change, one small solution at a time.

Of all the accolades Katharine Hepburn received in her lifetime, having a sand dune named after her may not have been the most coveted.

Then again, Hepburn was known to be an avid swimmer at her family home on Long Island Sound in Old Saybrook’s borough of Fenwick. 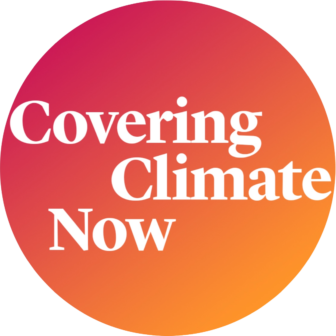 And there, just east of the home, which was sold after Hepburn’s death in 2003, sits the dune. What’s left of it, anyway.

The Hepburn dune has taken a serious beating over the years – most recently from storms last winter after it was breached by a nor’easter in October. So much sediment washed in that Crab Creek, located behind it, was blocked and the Department of Energy and Environmental Protection had to do an emergency repair – installing a temporary pipe to help push tidal waters in and out.

The dune was designed to protect property that was once owned by the family but now belongs to the Lynde Point Land Trust as the Hepburn Family Preserve. Photos and renderings dating to the 1890s show serious erosion of that land – probably partially caused by the Hepburn family itself when groins and a breakwater for a boat basin were installed that trapped sediment and starved the area to the east. 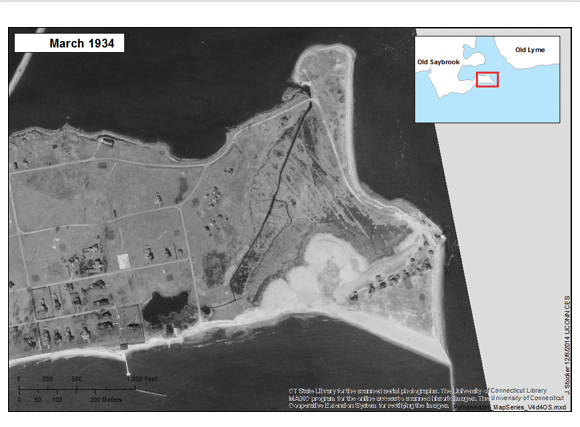 The shoreline before the groins and jetties were built shows none of the erosion that exists now.

The area has received years of repetitive beach nourishment and in 2007-2008 a reinforced dune was built. It, however, was completely undone by the one-two punch of Irene and Sandy in 2011 and 2012. The plan now is to install a 450-foot living shoreline – among the first in Connecticut.

“Hopefully it will be more permanent,” said Marilyn Ozols, the zoning enforcement officer and land use administrator in Fenwick. “When you’re using a living shoreline it might only be as good as the next bad storm.”

Living shorelines, which have become more popular in the Carolinas, employ natural structures to mimic how shorelines would normally react to waves, wind, storms and other climate and weather conditions if left to their own devices. They typically involve dynamics that are softer and more gradual – unlike the hard structures on the Hepburn property – to allow waves to dissipate without the kind of erosion seen around the Hepburn dune.

Funded through a grant from the Connecticut Institute for Resilience and Climate Adaptation (CIRCA), the environmental consulting firm GZA proposed more than a half-dozen solutions. In opting for the living shoreline, the borough chose the most innovative plan. 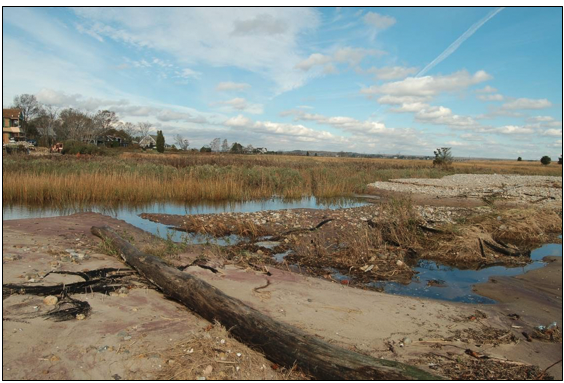 Hurricane Sandy in 2012 all but destroyed the Hepburn dune a year after Tropical Storm Irene had damaged it.

It would include a bigger and stronger dune, but this time it would be protected by rock structures known as sill, arranged slightly offshore in such a way that means they will never be totally inundated or entirely open to the air. The cobble beach onshore that has sustained so much erosion would be somewhat rearranged and marsh plants will be added with the intent of creating more marsh. Relocation and repair of Crab Creek to correct the drainage problems and remove the temporary pipe would also be undertaken under the plan.

“The dune will do its work hopefully with marsh and sills so the dune won’t overwash,” Ozols said. “The real answer is to take out the groins.”

No one expects that to happen, however, because the property is still privately owned.

“Sills will reduce wave energy landward and will allow sediment to settle there,” explained Hande McCaw, GZA’s project lead. The question remains, she said, whether those deposits will keep pace with sea level rise. “Regardless of sea level rise projections, the living shoreline we put out there today has to survive today.”

The plan was filed with DEEP earlier this month to begin the approval process for the substantial permitting that will be required. The Land Trust is now working with the Connecticut River Conservancy to begin fundraising for the work itself.

While the Conservancy is experienced at project management and fundraising, dealing with the vagaries of an ocean shoreline is new.

“It’s more complicated and requires a lot more upfront analysis,” said Andy Fisk, the Conservancy’s executive director. But he said there has been some very good local thinking in terms of adaptation and vulnerability. “We are learning.”

If everything falls into place, work could be completed before next hurricane season.

Getting the timing right is what worries McCaw: “Having a large scale storm before vegetation and everything is in place,” she said. “Before the system has a chance to do its job.”