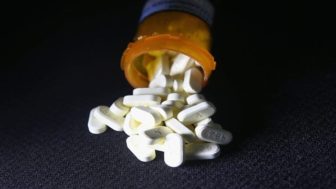 Two dozen drug companies, distributors, retail pharmacies and others blamed for the opioid crisis gripping the nation may follow Purdue Pharma’s lead and try to settle claims before an Oct. 21 trial in a federal court in Cleveland.

Dozens of Connecticut cities and towns that have sued these defendants could benefit from a rash of settlements. And although the state has not sued them, it also hopes to gain.

Massachusetts and Connecticut were the first two states to not only sue Purdue as a company, but also the Sackler family, which controls the firm.

But Connecticut did not name any other drug companies or other parties in its suit.

Nevertheless, Connecticut Attorney General William Tong said the state would be entitled to share in any new settlement offers because it has been involved, in partnership with other state attorneys general, in a lengthy investigation of other drug companies, including Johnson & Johnson, which settled lawsuits for about $20 million this week that were brought by two Ohio counties.

John Novak, an attorney with the Fears Nachawati firm in Dallas, questioned that logic. Novak represents plaintiffs in dozens of counties and towns in Maryland, Texas, Delaware, New Mexico and Florida in lawsuits against the drug companies, and is a former Drug Enforcement Administration enforcer on opioid cases.

“How are you going to recover [money] from a defendant that isn’t a defendant in your lawsuit?” he asked.

The state has rejected an offer by Purdue Pharma and the Sacklers to settle lawsuits that accuse the pharmaceutical company and the family who runs it of misleading doctors about the addictive danger of its main opioid, OxyContin, and of falsely marketing that product as safe as it pushed for increased consumption of the narcotics.

Novak is on the opposite side of Tong and other state attorneys general who have rejected the Purdue settlement. 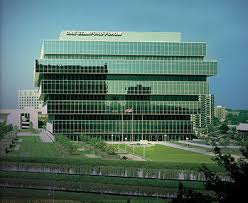 While Novak has urged his clients to accept the settlement, Tong says the money that’s been offered is insufficient, and the Sackler’s contribution fails to address  “the irreparable amount of damage (the family has) done not only to Connecticut, but to the rest of the country.”

“This settlement is a good starting point,” Novak said.

By declining the settlement, Connecticut and about 20 other like-minded states may not receive  any money from their lawsuits against Purdue and the Sackers.

“There’s always risk, but I think a bad deal is worse,” Tong said.

“People are suffering and people are angry, because no one is held accountable. Opposition to the deal makes it clear you are hard on white collar crime,” he said. “But as a lawyer, I have to get the best recovery for my clients.”

Novak also said Tong’s opposition “makes more sense to me” than the rejection of the settlement  by other states because of Connecticut’s close ties to Purdue, headquartered in Stamford, and the Sackler family.

“It’s more personal (to Tong) than any other attorney general,” he said.

The settlement, now part of Purdue’s bankruptcy filing in a New York federal court, is worth between $10 billion to $12 billion. It requires that a new company be formed to continue to sell its signature opioid, OxyContin, with the proceeds going to a nonprofit that will pay the plaintiffs. Purdue Pharma also will donate “rescue” drugs, several of which are in development, for addiction treatment and overdose reversal.

The settlement also includes a requirement the Sackler family pay at least $3 billion, some of that money from the sale of the family’s international drug conglomerate, Mundipharma. But it does not assign any blame to Purdue or the Sacklers.

Tong said $3 billion from the Sacklers is not enough and is instead seeking “an amount that recognizes the scale of their wrongdoing.” He declined to name a figure.

To Tong, Purdue received fair warning in 2007 when its affiliate, Purdue Frederick Co., and three of its executives pleaded guilty in federal court to criminal charges of misleading the public about the addictive qualities of OxyContin. The company and executives agreed to pay the federal government and a group of states, including Connecticut, $634.5 million in fines and pleaded guilty to false marketing.

“They knew they had a problem on their hands,” yet Purdue continued its deceptive practices, Tong said.

He also said Purdue knew it would be sued again, and that the Sacklers “have taken tens of billions of dollars out of the company” since that 2007 settlement. 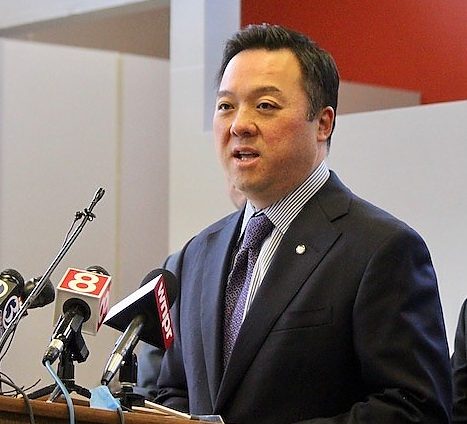 “Just because they offered us money doesn’t mean we should take it,” Tong said.

Tong, who sued Purdue and the Sacklers in Connecticut Superior Court, said “there’s always a risk in litigation.” Yet he is confident Connecticut will prevail in the suit.

Purdue and the Sacklers have asked bankruptcy Judge Robert Drain to halt all lawsuits against the company and its former directors, including members of the Sackler family.

That will be a key legal battle.

“The purpose of the bankruptcy is to put a hold on everything,” said  Sacred Heart  University law professor Richard Pate.

Pate also said that when Purdue comes out of bankruptcy it would lose its protection from litigation. A successor to Purdue “would also be subject to the old claims,” he said.

While it may be standard procedure to halt lawsuits against a company or individual in bankruptcy, the Sacklers have not declared personal bankruptcy.

Tong said he and the other states who are fighting the settlement – and Purdue’s bid for bankruptcy – will soon file motions in the New York bankruptcy court to stay the requests by Purdue and the Sackers to halt all lawsuits against them.

The attorneys general are likely to argue that a bankruptcy court cannot prevent them from implementing their police and regulatory powers.

On Thursday, Tong and his fellow attorneys general filed a motion to stop the payment of nearly $40 million in bonuses to Purdue executives.

“If you are broke, you can’t pay bonuses,” he said.

Tong also said “the idea that they would hand out over $38 million in bonuses– possibly to high-paid insiders and executives—after declaring bankruptcy is morally repugnant.”

“Every last cent of that money must be used to combat the opioid epidemic—on addiction science, treatment and recovery,” he said.

The company hopes Connecticut and other states opposed to the settlement, including New York and Massachusetts, change their minds.

To help them change their minds, bankruptcy judge Drain, or another federal judge who will preside over the massive opioid lawsuit in Cleveland later this month — Judge Dan Aaron Polster of the Northern District of Ohio – may tender another Purdue/Sackler settlement offer.

Tong said he is open to considering any new deal.

The national opioid litigation is massive. More than 2,000 state, local and tribal governments – including about 20 Connecticut towns – have sued two dozen pharmaceutical manufacturers and distributors, retail pharmacies and even some individual doctors who promoted opioid prescribing to their colleagues.

Most of that litigation has been consolidated in Polster’s court.

Defendants include Allergan, Cephalon, and Johnson & Johnson subsidiary Janssen Pharmaceuticals, which all make oxycodone. That narcotic is similar to OxyContin, but is not produced in a time-released form.

Other defendants include Endo Pharmaceutical, the maker of Opana ER, a long-acting opioid painkiller, that was pulled from the market after the Food and Drug Administration said the drug’s benefit did not outweigh public health risks associated with opioid abuse.

States, cities and counties have also sued major drug distributors, like McKesson and Cardinal Health, claiming they shipped alarming quantities without reporting to the authorities.

All defendants say they acted responsibly and are not to blame for the opioid epidemic that has led many addicts to stronger drugs like heroin and fentanyl. 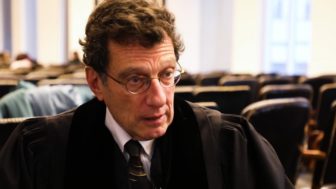 Judge Dan Aaron Polster of the Northern District of Ohio has consolidated thousands of lawsuits in his court.

Polster has been promoting a “global” settlement of the lawsuits and was instrumental in pushing Purdue and the 48 state attorneys generals to try to agree on a deal.

In fact, some of the drug companies involved in the litigation have asked Polster to disqualify himself, questioning his impartiality because he has repeatedly urged the parties to settle so that money for addiction treatment and other aid could quickly go to communities.

Polster rebuffed calls for his removal and said he has merely acknowledged the massive toll of the opioid crisis and the responsibility, not the legal liability, of many parties in the epidemic.

“Publicly acknowledging this human toll does not suggest I am biased; it shows that I am human,” he wrote in a court filing.

According to federal statistics, more than 200,000 people have died of overdoses from prescription opioids alone since 1999, while there have been 400,000 deaths from prescription narcotics, fentanyl and heroin in the same time period.

One thought on “Rejecting Purdue settlement, CT hopes to gain from other opioid deals”