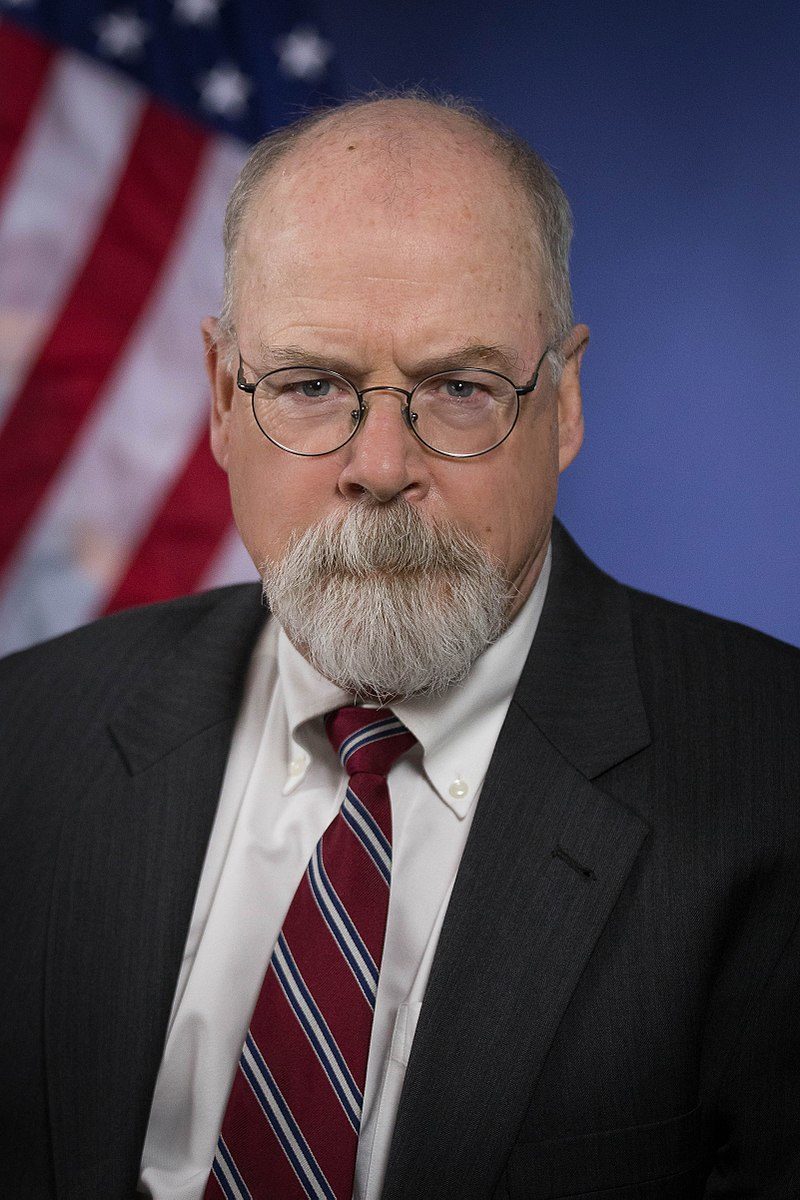 Washington – Revelations that Connecticut U.S. Attorney John Durham has opened a criminal investigation into whether someone illegally spied on Donald Trump or his 2016 presidential campaign has ratcheted up partisan acrimony.

The revelations come on the heels of damning testimony this week in the  impeachment inquiry.

The escalation of Durham’s probe was revealed to a number of news outlets by anonymous sources after William Taylor, the lead U.S. envoy to Ukraine, testified earlier this week that the withholding of U.S. aid to Ukraine was linked to Trump’s demand that the nation investigate his political opponent, former Vice President Joe Biden.

It also comes as the White House and the president’s allies have amplified their response to the impeachment inquiry, an effort that included dozens of Republican lawmakers storming a secure hearing room for hours Wednesday and delaying the testimony of another witness.

While the promotion of Durham’s probe to a full-fledged criminal investigation has touched off a new round of political bickering, it has always had its Democratic detractors.

Durham’s probe was launched after Trump and his allies charged that the investigation into Russian interference in the election, which led to the inquiry headed by Special Counsel Robert Mueller, was politically motivated and based on false accusations.

Democrats say Durham’s appointment in May by Attorney General William Barr to “investigate the investigators” was an attempt to discredit Mueller and shift attention from possible wrongdoing by the president, his campaign and his administration to a series of right-wing “conspiracy theories.” Those holding these views maintain the “deep state” — including U.S. intelligence and law enforcement agents — are determined to remove Trump from office.

“Senate Intel is wrapping up a three-year bipartisan investigation, and we’ve found nothing remotely justifying this,” said Sen. Mark Warner of Virginia on Friday about the promotion of Durham’s investigation into a criminal probe.

The highest-ranking Democrat on the intelligence panel, Warner said “Mr. Barr’s ‘investigation’ has already jeopardized key international intelligence partnerships. He needs to come before Congress and explain himself.”

“Targeting law enforcers as enemies—simply because they have the spine to stand up to corrupt power—is deeply dangerous, indeed chilling. This line must not be crossed,” Blumenthal said.

And House Judiciary Committee Chairman Jerrold Nadler and House Intelligence Committee Chairman Adam Schiff said in a joint statement that turning Durham’s probe into a criminal investigation will “raise profound new concerns that the Department of Justice under Attorney General William Barr has lost its independence and become a vehicle for President Trump’s political revenge.”

Republicans pushed back on the Democrats’ allegations.

“Chairman Nadler is wrong to suggest that John Durham’s investigation is anything less than an effort to deliver truth and accountability,” said Rep. Doug Collins, R-Ga. , the top Republican on the Judiciary Committee.

Collins also said, “If Mr. Durham finds that crimes were committed, I have confidence that he will pursue justice and help restore America’s confidence in its premier law enforcement agency.”

Meanwhile, Sen. Lindsey Graham, R-S.C., the head of the Senate Judiciary Committee, tweeted: “I don’t believe the Durham investigation is a Witch Hunt — or at all improper … Let the chips fall where they may!”

In recent months, Barr has displayed a strong personal interest in advancing Durham’s probe, including traveling twice to Italy to ask intelligence officials there for help. Barr also has been in contact with Australian and British officials.

The Justice Department did not respond to inquiries about changes in the nature of Durham’s investigation, which increased its pace and scope after House Democrats initiated their impeachment inquiry into the president last month. 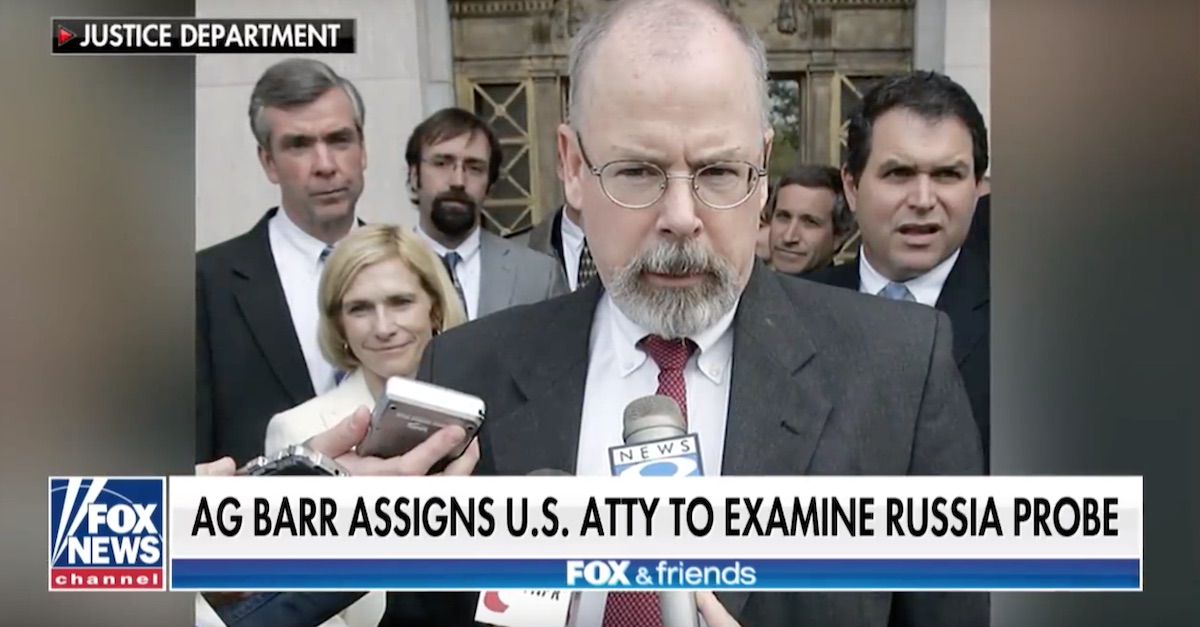 John Durham now has the authority to convene a grand jury and issue subpoenas.

However, Stanley Twardy, a former U.S. Attorney in Connecticut who worked with Durham when he was an assistant U.S. Attorney, said his former colleague has been conducting his probe for months without the authority to issue subpoenas or impanel a grand jury. He said Durham could not force witnesses to testify or turn over information.

Escalating the investigation into a criminal probe would change all that.

Durham now has the authority to convene a grand jury, issue subpoenas to compel witnesses to testify or turn over documents, and file criminal charges.

Durham’s high-profile role in what is seen as an effort to discredit Trump investigators has puzzled those who know him as an apolitical, “straight shooter.”

He was likely enlisted by Barr because Durham has investigated the FBI and CIA before.

He led an inquiry into allegations that FBI agents and Boston police had ties to the mob, and was appointed special prosecutor by the Obama administration to look into “enhanced interrogation techniques” in the torture of detainees.  The investigation into the deaths of two detainees was closed with no charges filed.

In 2008, Durham also was tasked by then-Attorney General Michael Mukasey to lead an investigation into the CIA’s destruction of interrogation tapes. Durham closed the investigation without recommending any criminal charges be filed. Durham also led a series of high-profile prosecutions in Connecticut against the New England Mafia and corrupt politicians, including former Gov. John Rowland.

4 thoughts on “Escalation of Durham probe ratchets up political bickering”