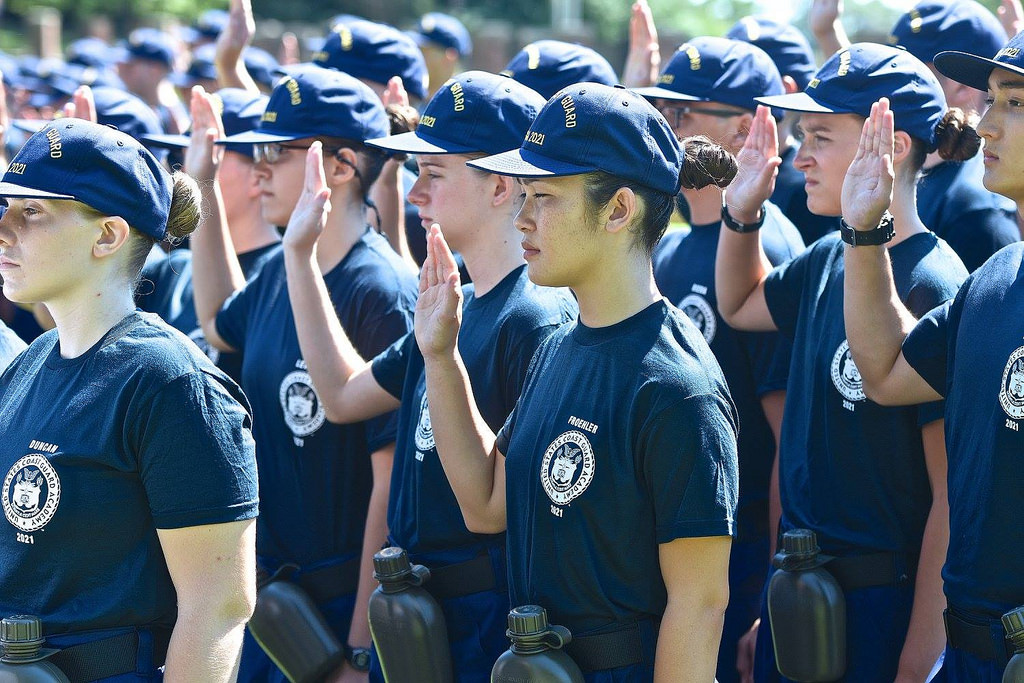 This story was updated 2:25 p.m. to include information from the House hearing

Washington – Two congressional committees issued a scathing report Wednesday on bullying and harassment at the Coast Guard Academy that determined officers at the New London facility conducted deficient and incomplete investigations and retaliated against those who made complaints.

The report was released at a joint hearing of the House Homeland Security Committee and the House Government Oversight and Reform Committee that focused on the Coast Guard’s failure to conduct prompt, thorough and impartial investigations into allegations of harassment. The academy was also criticized for failing to take corrective actions, including holding those responsible for bullying or retaliation accountable.

Jackson Eaton of the Department of Homeland Security focused on one case, involving  Lt. Cmdr. Kimberly Young-McLear, a black woman who taught at the academy and was a witness at Wednesday’s hearing.

Eaton said Young-McLear was harassed and bullied but the academy never investigated her allegations, instead using an alternative dispute resolution process. Eaton testified the academy retaliated against Young-McLear for making complaints, which is in violation of the Whistleblower Protection Act.

Eaton also said the inspector general’s office has another ongoing investigation of race-based harassment at the Coast Guard Academy. 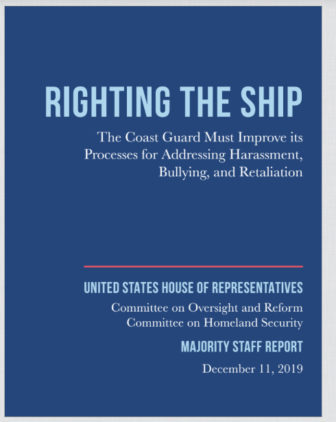 The report on their finding said the probe “occurred amid reports of significant inequities and a poor climate faced by women and minority cadets, faculty, and staff at the Coast Guard Academy.”

“For example, black cadets have been subjected to substantially higher rates of discipline and pass courses at a lower rate than their peers,” said the report, called “Righting the Ship.”

It also said that, in 2018, 45% of female cadets reported that they had experienced sexual harassment — an 11% increase over what was reported in 2016.

“Documents reviewed by the committees reinforced concerns regarding the climate and culture at the academy, which educates the future leaders of the Coast Guard and is central to the service’s efforts to set and reinforce its values,” the report said. “The Academy must make major reforms to address disparities and improve its culture…” 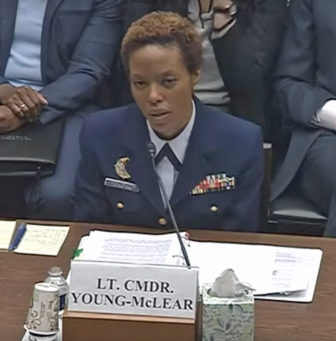 Lt. Cmdr. Kimberly Young-McLear, testified she was harrassed, bullied and retaliated against when she complained.

Courtney said Wednesday’s hearing on the report “is not to attack the Coast Guard.”

“However, if there is a problem, we have to fix it,” he said.

In a statement, the Coast Guard said it welcomed the opportunity to testify Wednesday “on our focus and progress in pursuit of the most diverse, inclusive, and effective Coast Guard.”

“This is one of the service’s top strategic priorities as demonstrated by the investment and focus committed toward workplace climate and retention issues for our female and under-represented minority shipmates,” the Coast Guard said.

At the hearing, Vice Admiral Michael McAllister said “the Coast Guard is focused on diversity and inclusion,” and has taken steps to address any problems with racial or gender hostility.

“Today, the Coast Guard Academy has the most diverse corps and faculty in its 150-year history,” McAllister said.

But several lawmakers, including Rep. Alexandria Ocasio-Cortez, D-N.Y., said they would continue to investigate the bullying and harassment at the academy, which she said “has a detrimental effect on the Coast Guard’s ability to do its mission.”

The lawmaker’s report details the frustration felt by lawmakers and their staff while trying to obtain documents from the academy and interview Coast Guard officials.

“Throughout the course of the committees’ 18-month investigation, the Coast Guard repeatedly withheld documents and improperly and inconsistently redacted documents that were produced,” the report said. 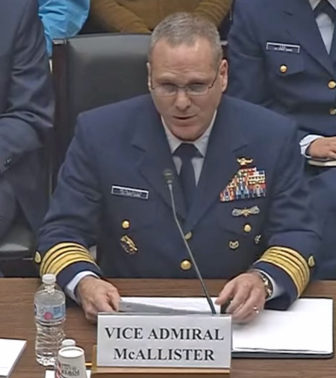 Frictions between the congressional leaders and the Coast Guard ratcheted up on Tuesday, with the notice that Admiral Karl L. Schultz, Commandant of the U.S. Coast Guard, would not testify at the joint hearing.

“Your refusal to testify continues a troubling trend of impediments to congressional oversight. Rather than welcoming the opportunity to work with Congress to fully investigate what has transpired within the service, the Coast Guard has repeatedly obstructed our committees’ investigation,” Thompson and Rep. Carolyn Maloney, the new chairman of the government oversight panel, wrote Shultz.

The lawmakers told Schultz “your refusal to testify only reinforces our concerns that Coast Guard leadership does not fully appreciate the gravity of what has occurred, and likely continues to occur, within the service.”

Shultz did not respond to a request for comment.

Late Wednesday, Sen. Chris Murphy, D-Conn., said “with (Shultz’s refusal) to show up at today’s hearing, I fear the Coast Guard is telegraphing that it does not treat this issue with the seriousness it deserves.”

“We must reaffirm our commitment to protecting the women and men at the Coast Guard Academy by making sure this kind of abusive behavior isn’t tolerated,” said Murphy.

The DHS inspector general releases its report on Young-McLear’s case a year ago.

Young-McLear testified about the toll caused by five years of trying to get an adequate response from the Coast Guard to her complaints, which were not fully addressed until the inspector general took up her case.

She said the bullying began shortly after she became part of the permanent teaching staff at the academy.

“Once I began teaching I was subject to degrading comments,”‘ Young-McLear testified.

She spoke of a “hostile work environment, where I was targeted and retaliated against.”

Young-McLear received low marks on a performance evaluation in 2016 because she came forward with complaints of harassment.

“I think we have to take a serious look at a culture that does not make people accountable,” she said.

She also said what happened to her “is not an isolated incidence.”

“There are many survivors out there,” she said.

Lopes, who was accused of bullying McLear and another, unnamed academy employee, was removed as the head of the Coast Guard Academy’s Management Department the day after academy officials were informed of the existence of the inspector general investigation. But he remained a member of the teaching staff and subsequently retired.

The report made several recommendations, including that Coast Guard leadership should ensure that anti-harassment and anti-bullying policies and procedures are followed.

“Intentional circumventing of Coast Guard guidelines and policy should be referred for potential disciplinary action,” the report said.

The report also recommended that investigators of misconduct at the academy “are free of even the appearance of a conflict of interest and are independent of the unit in which the allegations occurred,” and that those assigned to investigate allegations of harassment and bullying are appropriately trained in conducting such investigations.

“All of them sound reasonable,” McAllister said of the recommendations.”I certainly agree with them in concept.”

“I will continue to insist on full transparency and holding those Coast Guard officers accountable for their actions,” he said.