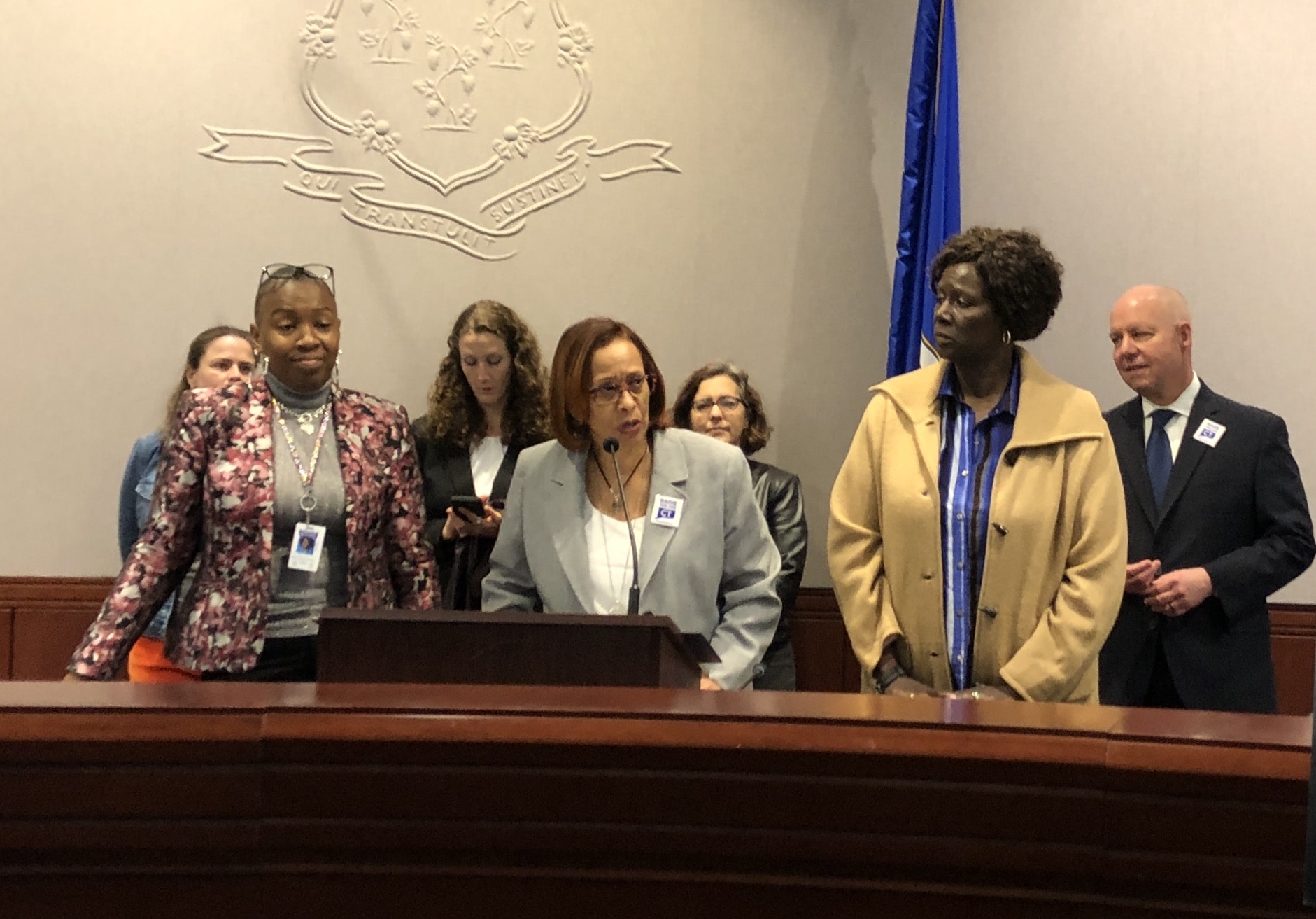 Rep. Toni Walker and advocates reflect on raising the age of juvenile jurisdiction 10 years ago.

A decade ago, Connecticut started moving 16- and 17-year-olds from the adult justice system into the juvenile one, where advocates had for years argued they belonged. A decade later, those who championed the move say it worked – that juvenile crime and arrests in the state have consistently dropped, and youth have been spared the stigma of incarceration.

Now, reformers are pushing to raise the age once again, to protect children under 12 from arrest and entanglement with the juvenile justice system.

“Not only did the state not fail,” said Marcy Mistrett, executive director of the Campaign for Youth Justice, “the outcomes exceeded anyone’s expectations.”

That outcome was far from clear back in 2007, when orange T-shirts emblazoned with “Raise the Age CT” became a fixture at the Capitol. At the time, Connecticut was one of three states that automatically criminally prosecuted 16-year-olds as adults, even for minor offenses. Touting research showing the negative consequences incarceration has on minors’ adult lives, advocates fought to move these teens into the juvenile justice system.

The victors gathered at the Legislative Office Building on Monday morning to celebrate their efforts’ long-term effectiveness in lowering arrest and crime rates among juveniles, and to preview their priorities this legislative session.

The annual number of new cases added to the juvenile court each year are 40% lower than they were a decade ago, and the two-year rearrest rate of children on probation has declined by nearly 8%, said former Judiciary Committee Chairman Michael P. Lawlor, who also served as undersecretary of criminal justice policy and planning for Gov. Dannel Malloy.

Before legislators raised the age, proponents originally estimated it would cost more than $160 million, because the state would need to build two new facilities for pre- and post-adjudicated youth. Lawlor noted that not only did that not come true, but officials closed the Connecticut Juvenile Training School in 2018, decreasing the state’s number of correctional facilities for juveniles.

Juvenile and young adult arrest rates have fallen sharply as well, Lawlor said, which he credited to a number of reforms that have prevented children from being kicked out of school and fueling the “school-to-prison pipeline.” 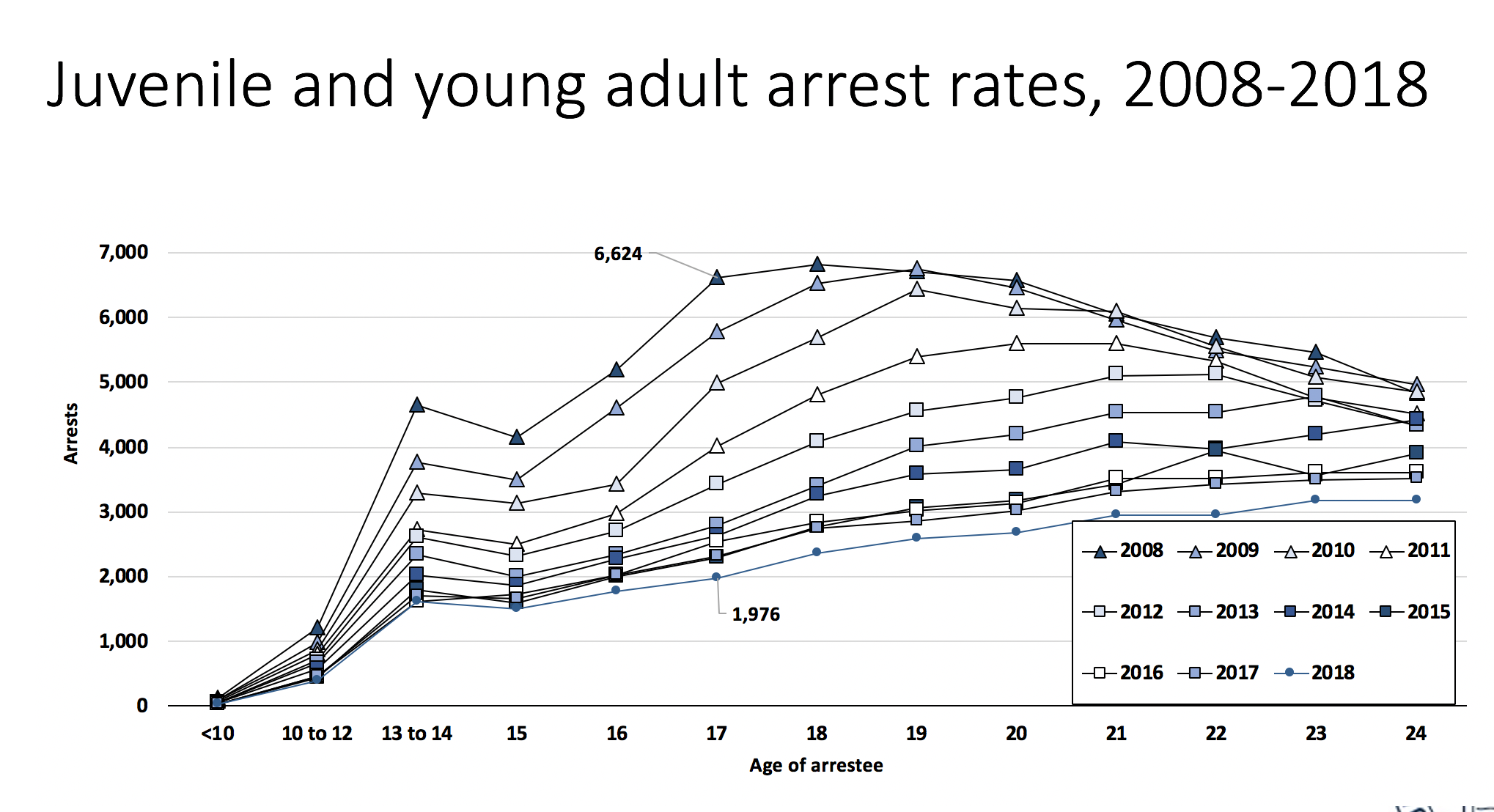 The fight to move older teenagers from the adult to juvenile justice systems didn’t mean proponents didn’t want to hold children accountable for bad behavior, said Abby Anderson, executive director of the Connecticut Juvenile Justice Alliance. It was an acknowledgement that, for many minors in the system, their delinquent behavior is often due to intersectional issues like housing inequality, unaddressed trauma and educational inequities.

Despite the reforms, there are still some children in the adult system. Juvenile incarceration in Manson Youth Institution has fallen significantly in the past 10 years, but there are still around 50 children locked up there, and a few girls incarcerated at York Correctional Institution, which primarily houses adult women. As is common in the criminal justice system, those juveniles are disproportionately youths of color.

“The fact there’s not that many kids left [in the adult system] is both a testament, but also an indictment,” Anderson said. “Because the kids who are left are also the most in need.” That is, they too come from primarily disadvantaged backgrounds and tend to have complex mental health problems and special education needs.

Anderson pointed to a negative consequence of raising the age: racial inequality in the juvenile justice system actually worsened. She said advocates had thought their efforts would shrink these disparities, but has yet to happen.

“We got a lot of kids out of the system,” Anderson said. “But unfortunately what we’ve seen – and we just got this data in December – the proportion of kids who are in our system who are black and brown has actually gone up.”

Distilling wisdom from the fight to expand juvenile court jurisdiction is important, as advocates like Anderson find themselves working to raise the age again. 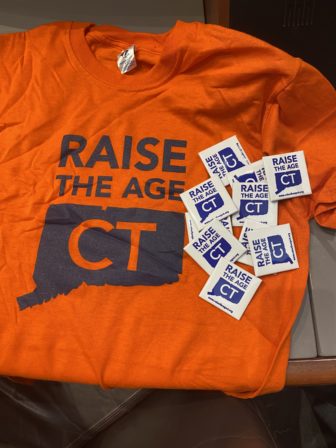 Advocates now seek to raise Connecticut’s minimum age of criminal responsibility to age 12. Currently, children as young as seven can be arrested. The proposal would make it so children under 12 would instead be handled by either the Children’s Behavioral Health Services System, Youth Service Bureaus, or a Juvenile Review Board, or receive services in the community.

According to state data, there were 112 court referrals of children younger than 12 in 2019. About 80% of those were for misdemeanors. The majority of those children were black or Hispanic.

Rep. Toni Walker, a New Haven Democrat whom Lawlor called the “quarterback” of organizers’ efforts to raise the age, reiterated Anderson’s call to take 7- to 11-year-olds out of the juvenile justice system altogether, and added a few priorities of her own. She called on her legislative colleagues to enhance the education offered to children in the state’s custody and appropriate money to bolster mental health support.

“We do not have adequate mental health services for a child when they melt down and a parent doesn’t know what to do,” Walker said. “The only thing they have is to call the police.”