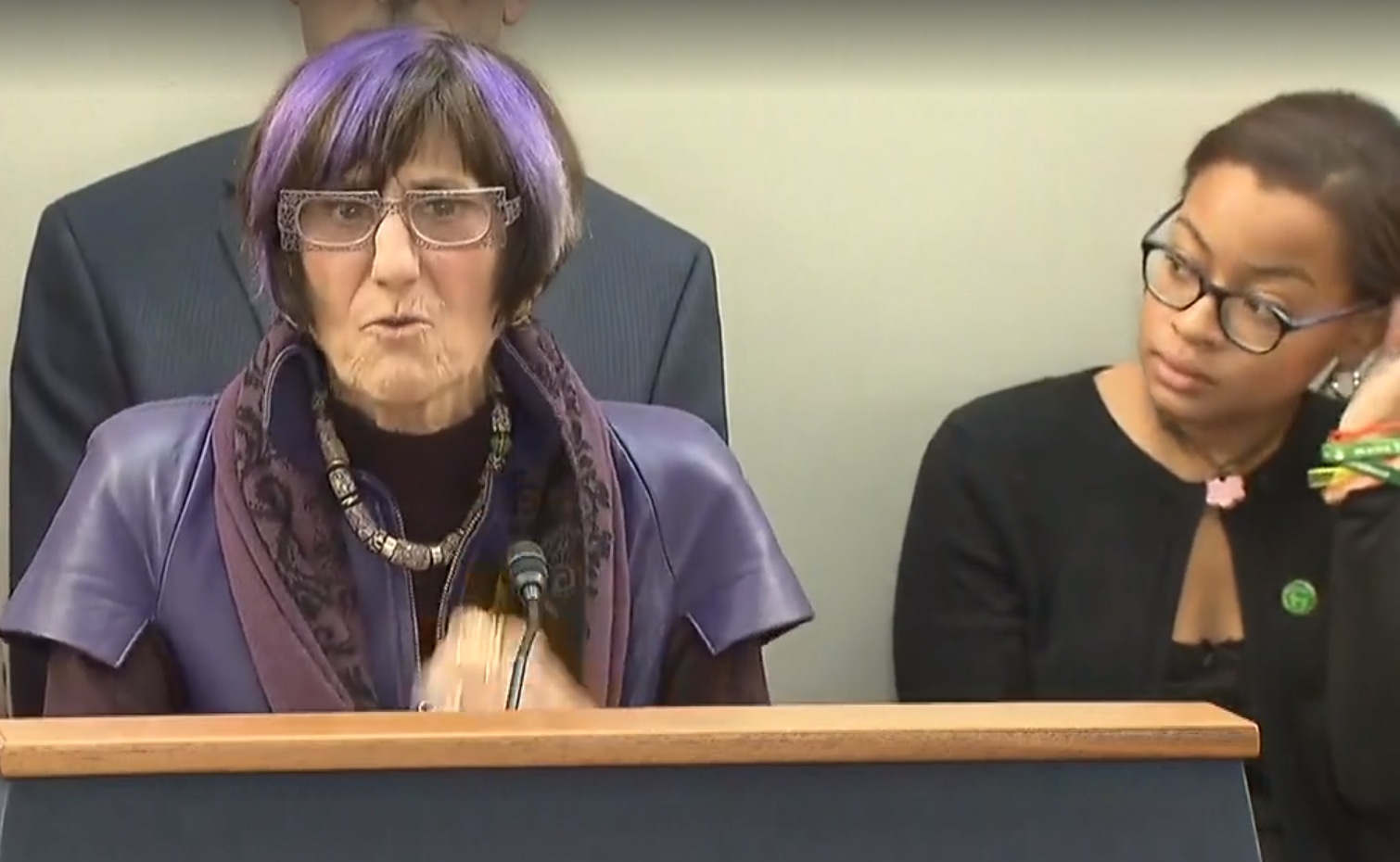 Washington—Several House Republicans left a closed-door coronavirus briefing on Friday after Rep. Rosa DeLauro spoke critically of the Trump administration’s efforts to protect the American public from the global epidemic.

According to a transcript, DeLauro, D-3rd District, said she supported the administration’s declaration of a public health emergency that allows states like Connecticut more flexibility in spending federal public health money.

“That said, I have grave concerns about the lack of transparency and unwillingness to allow public health experts to speak freely about what is happening,” DeLauro said. There are reports that Vice President Mike Pence, appointed by President Donald Trump to lead the coronavirus response, wants to coordinate all messaging from public health officials about the virus.

DeLauro, the chairwoman of the House Appropriations subcommittee in charge of the Department of Health and Human Services budget, also said, “I have serious concerns about the administration’s responsiveness with respect to funding.”

“We have repeatedly asked for information about expenditures,” she said. “And thus far, we have not received adequate answers.”

“I have grave concerns about the lack of transparency and unwillingness to allow public health experts to speak freely about what is happening.”

According to POLITICO, some Republicans booed DeLauro as she spoke.

Rep. Paul Mitchell, R-Mich., who was among the GOP walkouts, said, “If I wanted to hear the politics of it, I’d read POLITICO or something.”

In the closed-door briefing, DeLauro repeated what she said at her hearing on Tuesday on the White House’s request for $2.5 billion in emergency spending to combat coronavirus, reiterating that the request did not have supporting documentation, “which we need immediately.”

She also again slammed the administration’s plan to allocate half of the money it wanted to spend on coronavirus by shifting money from other HHS programs, including the Ebola program, federal heating aid for low and moderate-income Americans and the National Cancer Institute.

“A request that transfers resources from other significant health necessities is unacceptable,” DeLauro said.

Democrats in the House and Senate have called for spending $8.5 billion on coronavirus without transferring funds from other programs.

Most of them said the risk to Americans remained low. But Fauci told lawmakers they need to accept that there will be many more cases in the United States and that the coronavirus is “unlikely to disappear” anytime in the near future.

Meanwhile Nancy Messonnier of the Centers for Disease Control and Prevention told reporters Friday that there are 62 confirmed cases of the coronavirus in the United States, including one in Northern California.

That woman was not tested when clinicians requested it because she did not meet strict CDC criteria that recommended testing only those with symptoms who recently returned from China, or who had close contact with a person confirmed to be infected with COVID-19, a new name for coronavirus.

Messonnier said the woman could be the first case of “community spread” of coronavirus in the United States.

The Northern California case underscores the limited availability of tests.

The CDC  shipped several testing kits to state labs, but they were then determined to have a  problematic component.

“This has not gone as smoothly as we would have liked,” Messonnier said.

She said the CDC has determined states do not need to use that third, faulty component and is now shipping out test kits to public labs that only have two components.

“The third component can be excluded without affecting accuracy,” Messonnier said.

The Connecticut Department of Public Health said it had received test kits, to be deployed at the state lab in Rocky Hill. Each kit can test up to 800 patients.