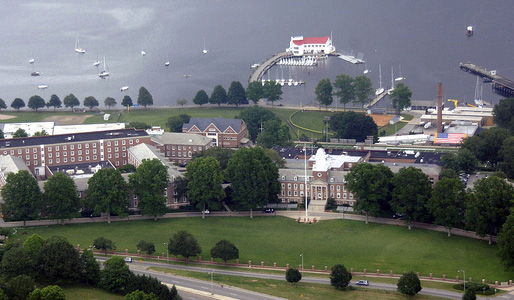 Washington – The U.S. Coast Guard Academy in New London failed to thoroughly investigate racial harassment allegations — including the use of racial slurs — and failed to discipline cadets who were found guilty of that behavior, says a Department of Homeland Security inspector general.

In a report released Friday, part of a two-year investigation into racism at the Coast Guard Academy, Inspector General Joseph V. Cuffari identified 16 allegations of race-based harassment involving cadets between 2013 and 2018 that academy officials were aware of and “had sufficient information to investigate and address through internal hate and harassment procedures.”

But in many cases nothing was done, the inspector general said.

In one incident, a third-year cadet used a racial slur to repeatedly refer to a first-year cadet. When the cadet who was the victim of the slur tried to distance himself, the older cadet followed and continued to use the epithet.

An investigation into the incident substantiated the harassment, but the harasser was not charged with any offense. Besides avoiding discipline, the offending cadet was also spared from having the incident noted in his official record, the IG’s report said.

Other incidents that were investigated and verified, but offenders not disciplined, including a duty desk officer’s complaint that “someone was playing n**** music,” and  a report of cadets watching and laughing at a blackface video in a recreational  common area in the barracks.

Because of reports of discrimination and racial harassment at the academy, Reps. Bennie Thompson, D-Miss., and Joe Courtney, D-2nd District, began investigating the Coast Guard Academy in June of 2018. Rep. Elijah Cummings, D-Md., who died last year, was also involved in the probe.

The lawmakers requested  “all documents, including convening authority memoranda, investigative reports, panel sheets, final action memoranda, and post-investigation talking points, regarding allegations of harassment or bullying made by any student or faculty member at the academy during the past three years, the results of any investigations conducted to examine these allegations, and the terms of any settlements reached.”

But the lawmakers said the Coast Guard Academy was slow to provide some information, and sometimes failed to provide it at all.  Thompson, now head of the House Homeland Security Committee, asked for an inspector general investigation.

The report that resulted from that probe said that, as of December of  2018, the inspector general’s office sent a questionnaire to 1,072 cadets, of whom 122 cadets responded. 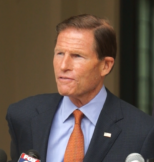 “Respondents indicated they were aware of certain harassing behaviors occurring at the Academy,” the IG report said. “Although cadets indicated in the questionnaire that they are aware of how to report race-based harassment, they may not do so for various reasons, the most troubling of which is fear of negative consequences.”

Some of the incidents that the IG said should have involved civil rights staff included an instance when  two cadets took photos of themselves in front of a Confederate flag and posted it on social media.

“The reprehensible incidents contained in the Inspector General’s report on the U.S. Coast Guard Academy have no place in society much less our military institutions,” said Sen. Richard Blumenthal, D-Conn. “Hate speech and race-based harassment by cadets at the Academy have gone largely underreported, if not entirely ignored.  Inexcusably, cadets were not disciplined, procedures were not followed, and investigations were inadequate.”

Blumenthal also said that, “while preaching its commitment to inclusivity and diversity, the Academy has failed miserably to protect its minority cadets from an atmosphere of racial hostility.”

He also said the recommendations made in this report “do not go nearly far enough.”

“We must aggressively monitor the academy’s actions to ensure that minority cadets do not ever encounter such acts of hatred and bias again,” Blumenthal said.

Meanwhile, Coast Guard Academy spokesman David Milne said “the Coast Guard, and its Academy, are steadfast and enduring in its commitment to build an inclusive environment, free of harassment, and this extends to the highest levels of our service.”

“These behaviors erode mission readiness, are in direct violation of our core values of Honor and Respect, and are simply not tolerated in the Coast Guard,” Milne said.

In its response to the IG’s report, the academy said it concurred with the inspector general’s recommendations, which included greater investigations involving race- or ethnicity-based harassment, and training of cadets and staff  involved in investigating incidents of harassment or hate on the applicable policies and procedures regarding how to properly handle these incidents.

But the Coast Guard Academy objected to some of the report’s findings, including the characterization of the civil rights staff in having oversight of harassment complaints, saying that staff’s role is “limited to civil rights policy guidance and tracking timeliness of command actions.”

The inspector general pointed out  that the academy’s civil rights manual says the civil rights division is “responsible for coordinating Coast Guard harassment policy and general oversight of the harassment complaint process….”

“Although the Coast Guard does not agree with some of the report’s conclusions, we did concur with the recommendations because they provide useful tools to improve our ability to address incidents of harassment,” Milne said. “An interdisciplinary working group, comprised of senior staff leadership, is actively implementing the recommendations of this report.”

Thompson said he planned to hold a hearing on the report’s findings and expected the Commandant of the Coast Guard, Admiral Karl Schultz, to testify. Schultz failed to appear before Thompson’s committee last year on a hearing about a whistleblower who had suffered retaliation at the academy.

The report said that, as of last September, there were 1,069 cadets enrolled at the Coast Guard Academy, with 34% identifying as minorities.

The school linked the spike in positive cases to a "small outdoor gathering" of 15 students at an off-campus apartment.