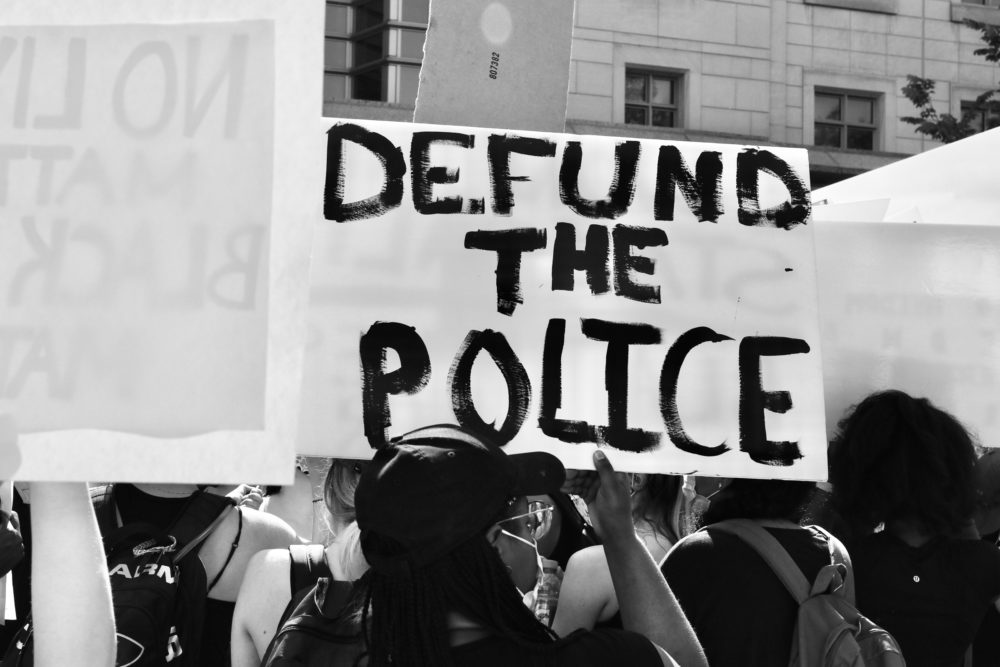 Washington –Activists are crying “defund the police” in their protests of  George Floyd’s death, but Connecticut’s Democratic lawmakers are following their leaders in Congress in distancing themselves from the provocative slogan.

For most activists, defunding the police does not necessarily mean doing away with police departments, but rather cutting expanding police budgets to better fund social services –something like Los Angeles Mayor Eric Garcetti’s decision to reallocate up to $150 million from his city’s $1.86 billion police budget.

But a sweeping police reform bill this week, supported by all members of Connecticut’s congressional delegation, avoids the issue.

“The funding of police is a local matter, as you know. From the standpoint of our legislation, we’re not going to that place,” House Speaker Nancy Pelosi said.

And a spokesman for his campaign said on Monday that former Vice President Joe Biden is opposed to cutting police funding and believes more spending is necessary to help improve law enforcement.

Republicans, however, have seized on the slogan to excoriate Democrats, saying their support of demonstrators who chant “defund the police” proves their political rivals are soft on crime.

Meanwhile,  Rep. Jim Himes, D-4th District, blamed the media for furthering a distortion of the issue.

“The phrase ‘Defund the Police’ is meant to be provocative, conjuring images of disbanding law enforcement, which is not something I, former Vice President Biden, or any serious policy makers support, but the media has taken the bait,” Himes said. 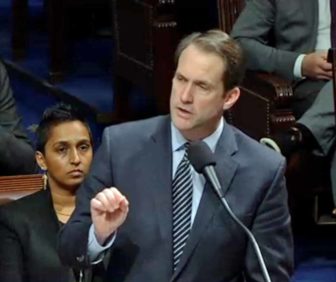 Himes also said that “if you take the time to dig past the slogans… there are valid and constructive points about making resources available for community-based solutions and recognizing that not every call for assistance requires an armed response. “

To Himes, the issue of racial injustice is a systemic problem requiring systemic solutions, including police reforms,  but also investment in education, fair housing, and addressing health disparities.

So has Rep. Rosa DeLauro, D-3rd District: “I oppose the defunding of police departments,” she said.

Instead, she’s backing the sweeping bill introduced by fellow Democrats this week called the Justice in Policing Act of 2020, and said she “welcomes any redirection of government and police resources to more effectively provide for public safety and much greater opportunity for all.”

So does Rep. Jahana Hayes, D-5th District, whose is married to a police officer. Hayes called the Justice in Policing Act “a first step to addressing the decades old grievances being articulated.”

“This package is not anti-police,” she said. “My husband has been in law enforcement for 23 years as part of the Waterbury Police Department. “

Hayes also said she recognized “that any solution to the problem of police misconduct will have to include proper training and resources for law enforcement agencies in order to reform their practices.”

Drafted by the Congressional Black Caucus, of which Hayes is a member, and co-sponsored by most House and Senate Democrats, the package of reforms would make it easier to prosecute police officers who wrongly harm or kill someone, as well as those who are charged with other forms of misconduct.

Currently, prosecutors must prove the action was “willful.” The bill would change the  word “willful” to the phrase “knowingly or with reckless disregard.” It would also define a “death resulting” as any act that was a “substantial factor contributing to the death” of an individual.

In addition, the bill changes “qualified immunity” a legal doctrine that the courts have interpreted to give police officers and other public officials broad immunity from being sued if they have violated the constitutional rights of an individual.

The bill would also ban “no-knock” warrants in federal drug cases and condition federal funding for state and local law enforcement agencies on prohibiting the use of those warrants as well. It would also ban federal police from using choke techniques like the one then-Minneapolis police officer Derek Chauvin used on Floyd.

The package would also establish a national registry of misconduct by law enforcement and require states to report all uses of force by police to the Justice Department.

“The Justice in Policing Act is a bold, comprehensive reform package that would prevent police brutality, make systemic reforms to empower our communities, and change the culture of law enforcement,” Rep. John Larson, D-1st District, said.

While the expansive bill doesn’t contain any new money for police, it is clearly an attempt to establish federal guidelines for reform rather than defund police departments altogether.

Still, Republicans are trying to tie Democrats to the defunding campaign.

For instance, David X. Sullivan, a Republican running against Hayes, has accused his Democratic rival of not speaking out against police defunding efforts.

“Her silence is her decision,” Sullivan said “Her silence can only be interpreted as acquiescence to, and support for, the dangerous idea of disbanding, dismantling or defunding our police protection services across the nation.”

Republicans, who are expected to release their own policing bill this week, have criticized the Democratic package, especially its goal of stripping some of the legal immunity granted police officers.

White House press secretary Kayleigh McEnany called any changes to police immunity “a non-starter.”Meanwhile,  Sen. John Cornyn, R-Texas, a  senior member of the Judiciary Committee, said some decisions, such as banning choke holds, “are already being made at the local level and that’s really where the accountability should be.”

He noted “these kinds of reforms can be controversial,” but said “they are long overdue.”

“George Floyd’s killing in Minneapolis is a moment of reckoning,” Blumenthal said. The Senate Judiciary Committee plans a June 16 hearing on Floyd’s death.