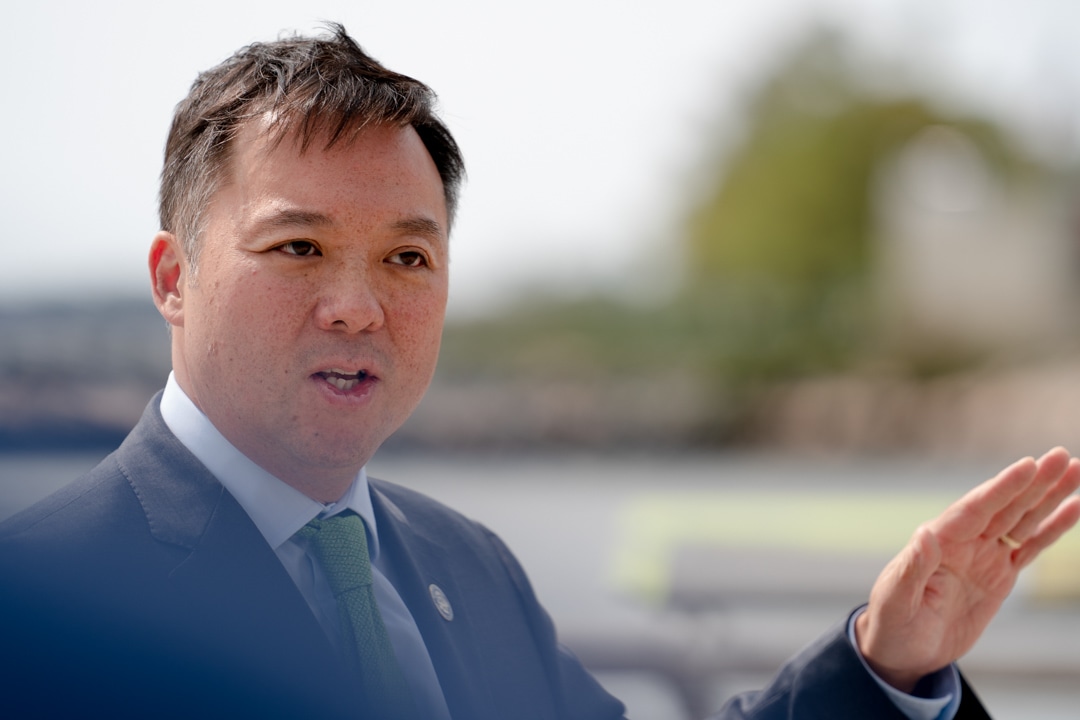 Attorney General William Tong, at the Canal Dock Boathouse in New Haven on Monday, announced the lawsuit his office has filed against ExxonMobil for knowingly contributing to the emissions that cause climate change and hiding it from the public.

Connecticut on Monday joined a growing list of states and local governments using litigation to hold fossil fuel companies accountable for causing climate change, employing a strategy it says may tap into evidence off limits in many other cases.

Attorney General William Tong is filing suit in Hartford Superior Court against ExxonMobil, considered the grandaddy of the companies now accused of knowing for decades their products contributed to the emissions that cause global warming and climate change, but hiding it from the public.

“ExxonMobil sold oil and gas, but it also sold lies about climate science. ExxonMobil knew that continuing to burn fossil fuels would have a significant impact on the environment, public health and our economy. Yet it chose to deceive the public,” Tong said.

The state is seeking compensation for past, present and future harm from climate change, including for investments already made, and is going after some of the company’s profits.

Connecticut is suing under the Connecticut Unfair Trade Practices Act, the law the state used to make a similar successful claim against the tobacco industry. It alleges an ongoing, systematic campaign of lies and deception. The three-year statute of limitations for private actions under the law does not apply to the state government.  That will allow the attorney general to access documents going back to the 1950s that some previous lawsuits may not have been able to use.

“So we can tell the whole story,” Tong said.

Tong announced the lawsuit on a deck overlooking New Haven Harbor, a fuel tank farm across the water forming a backdrop. He was joined by officials in the administration of Gov. Ned Lamont, whom Tong says is “150%” in support. 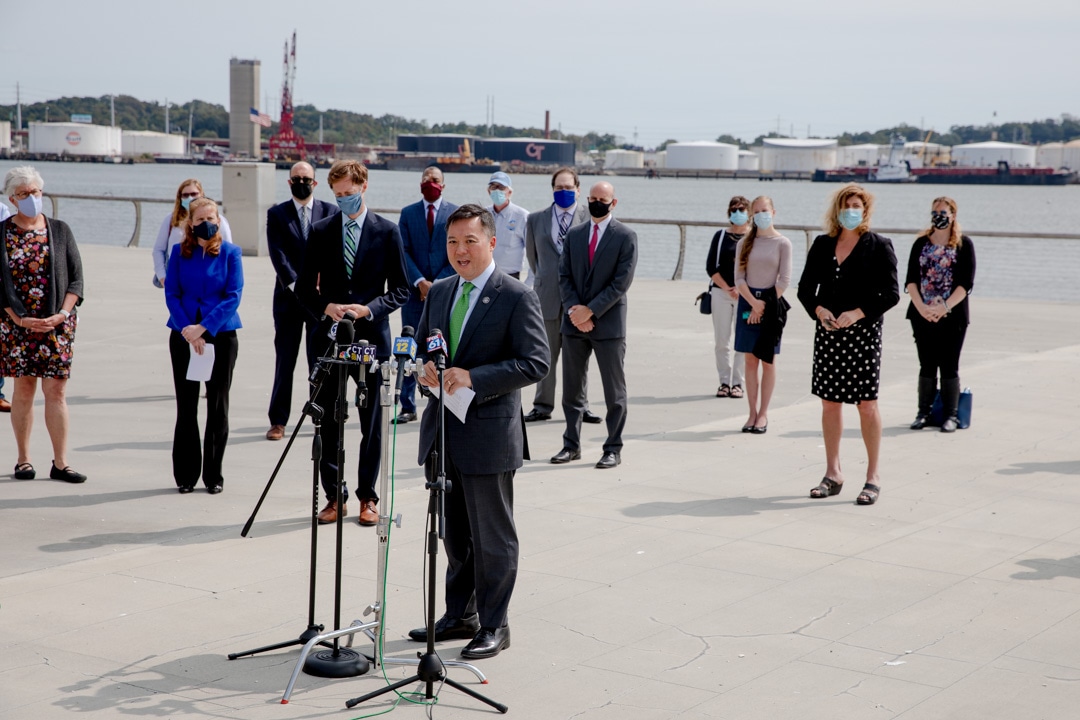 Tong announced the lawsuit surrounded by state and city officials. Behind him to the left is New Haven Mayor Justin Elicker.

ExxonMobil dismissed the suit as a waste of resources.

“Legal proceedings like this waste millions of dollars of taxpayer money and do nothing to advance meaningful actions that reduce the risks of climate change,” said Casey Norton, a company spokesman. “ExxonMobil will continue to invest in efforts to reduce greenhouse gas emissions while meeting society’s growing demand for energy. The claims are baseless and without merit. We look forward to defending the company in court.”

Documents detailing Big Oil’s understanding of the industry’s role in climate change go back decades. They were first shown to exist in 2015 in stories by Inside Climate News and the Los Angeles Times. Tong said that his case “draws heavily from Exxon’s and Mobil’s own historical internal memos, which plainly convey the companies’ firm understanding of the connection between fossil fuel consumption and climate change.”

Tong and the head of his environmental unit, Matthew Levin, said the lawsuit was based on evidence already in the public record, but they declined to cite specific sources.  Tong expects they are only “the top of the iceberg” and pre-trial discovery will uncover more evidence.

Since 2015, nearly two-dozen lawsuits have been filed by a few states and a number of counties and cities, with another dozen states — including Connecticut — supporting some of those suits. The most recent lawsuit was filed by Hoboken, N.J. earlier this month.

Tong, a Democrat elected in 2018, said he took office seeking a role for Connecticut.

“We tried to think long and hard about what our best and most impactful contribution would be,” Tong said. “And what we settled on was a single defendant with a very simple claim: Exxon knew, and they lied.” 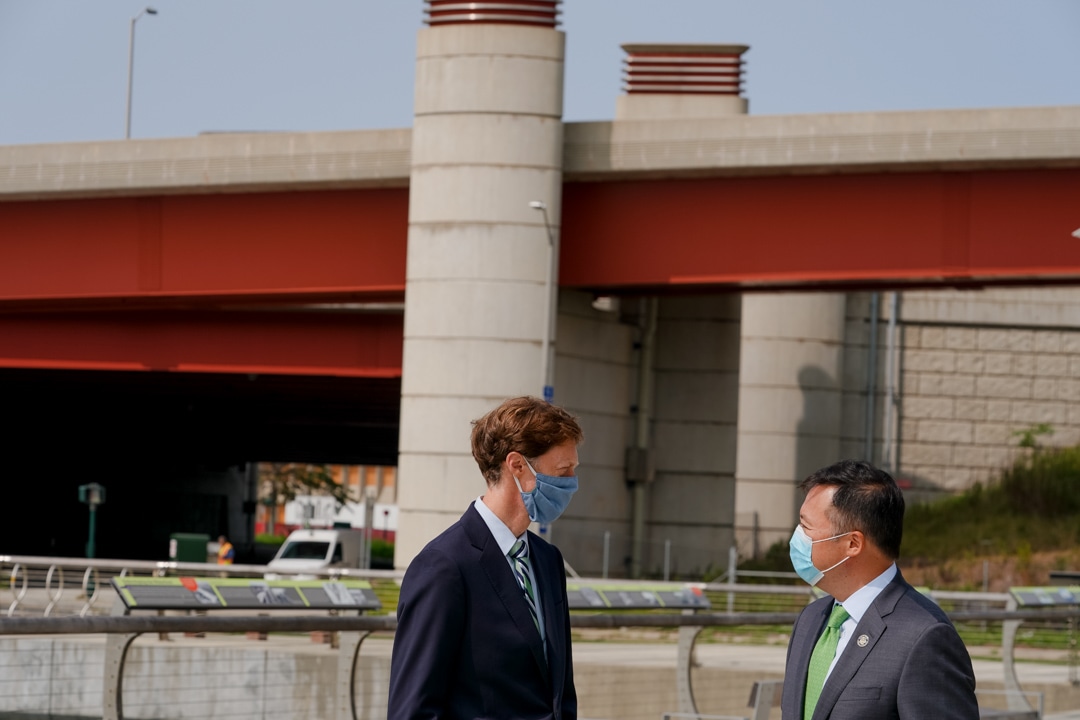 In some cases, multiple companies have been sued, including Chevron, BP and Shell as well as ExxonMobil. Baltimore sued 26 companies, and Rhode Island went after 21.

But progress has been slow as big oil has fought to have the cases heard in federal court instead of state court, where nearly all have been filed. The exception has been New York State, which has now lost two cases against ExxonMobil, both in federal court. It’s widely believed the companies’ goal is to get the cases to the U.S. Supreme Court.

Connecticut’s tactics, which focus on the consumer fraud angle, are similar to arguments currently being used in the Baltimore and Washington, D.C. cases. They also harken back to the big tobacco legal battle of the 1990s, in which Connecticut played a large role under then-Attorney General Richard Blumenthal.

Roger Reynolds, now senior legal counsel for Save the Sound (formerly Connecticut Fund for the Environment), worked on the tobacco case as an attorney under Blumenthal, who is now a U.S. senator. He said the premise here seems to be the same.

“Corporations are responsible for their statements and can be held accountable. A corporation can’t be having knowledge something is harmful, and in public arguing the opposite,” he said. “It’s basic consumer fraud; unfair advertising.”

And while it might not appear to be quite the same as someone putting a cigarette directly in their mouth, Reynolds believes it is. The companies, he said, are putting more carbon dioxide in the air.

“I think they have an excellent shot at it,” he said of the potential for winning the case.

Patrick Parenteau, a professor of environmental law at Vermont School of Law, has been following the many big oil cases and has filed an amicus brief in Rhode Island’s. He finds it curious that Connecticut is only going after ExxonMobil.

“The real problem with these cases is how do you single out any one company for the damage climate change is doing, which is global,” he said. 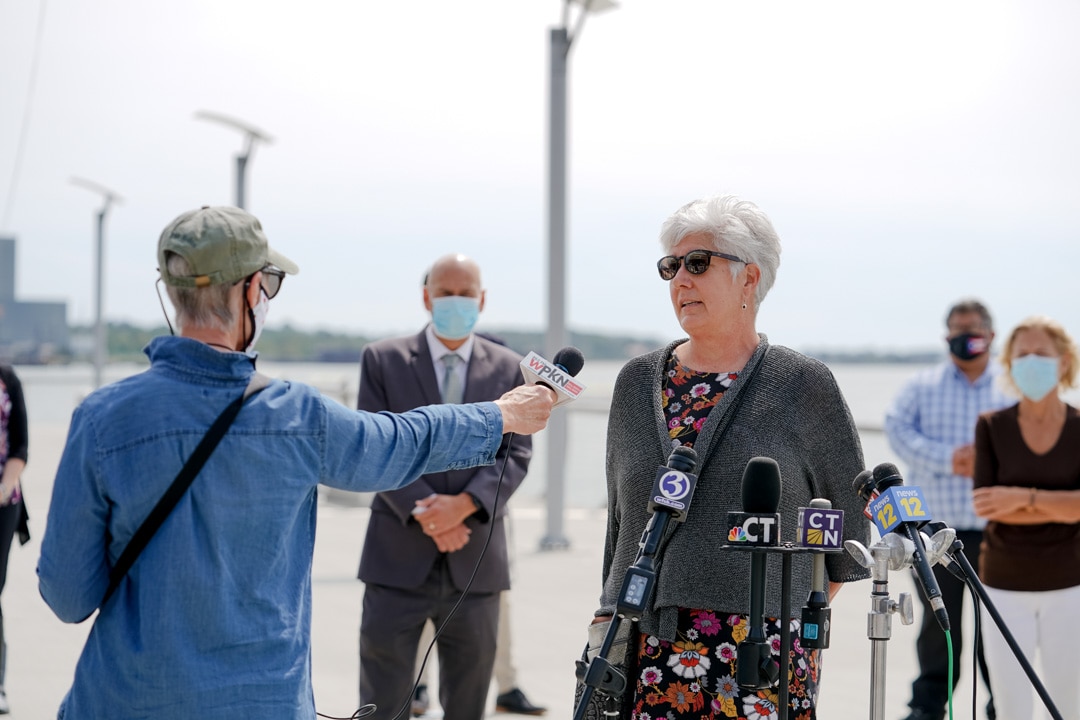 Betsey Wingfield, Deputy Commissioner for Environmental Quality at the Department of Energy and Environmental Protection, answers a question from the press Monday.

He also wondered whether acknowledgments by ExxonMobil of its past activities will make the Connecticut case more difficult. “Failure to warn theory is a stronger one,” he said of the various cases he’s seen.

That argument uses documents that show Exxon was actually making changes to its own business model and infrastructure – like elevating oil platforms to accommodate sea level rise. “Exxon not only understood the climate science – but it was lying to the public, lying to shareholders, lying to the government,” Parenteau said.

Tong’s interest in applying the big tobacco litigation blueprint to big oil and climate change was evident from his first months in office, when he told the CT Mirror that he was already thinking about it.

“Like tobacco, like our work in generic drug price fixing, our job is to hold wrong-doers accountable and to hold them to account to pay for the social damages that they cause,” he said. “I feel very good about the prospects for our involvement in some of these climate-related suits and in holding big oil accountable for their role in climate change and for remediating climate change.”

“There was no more powerful industry than tobacco,” he said. “If anybody thought a merry band of state attorneys general would fundamentally change the face of the worst public health crisis in the history of this nation as lawyered-up and well-resourced as they were, the prospects for success were pretty dim. And they did it.”