Democrats have the numbers, but Lamont has the edge in next CT budget debate 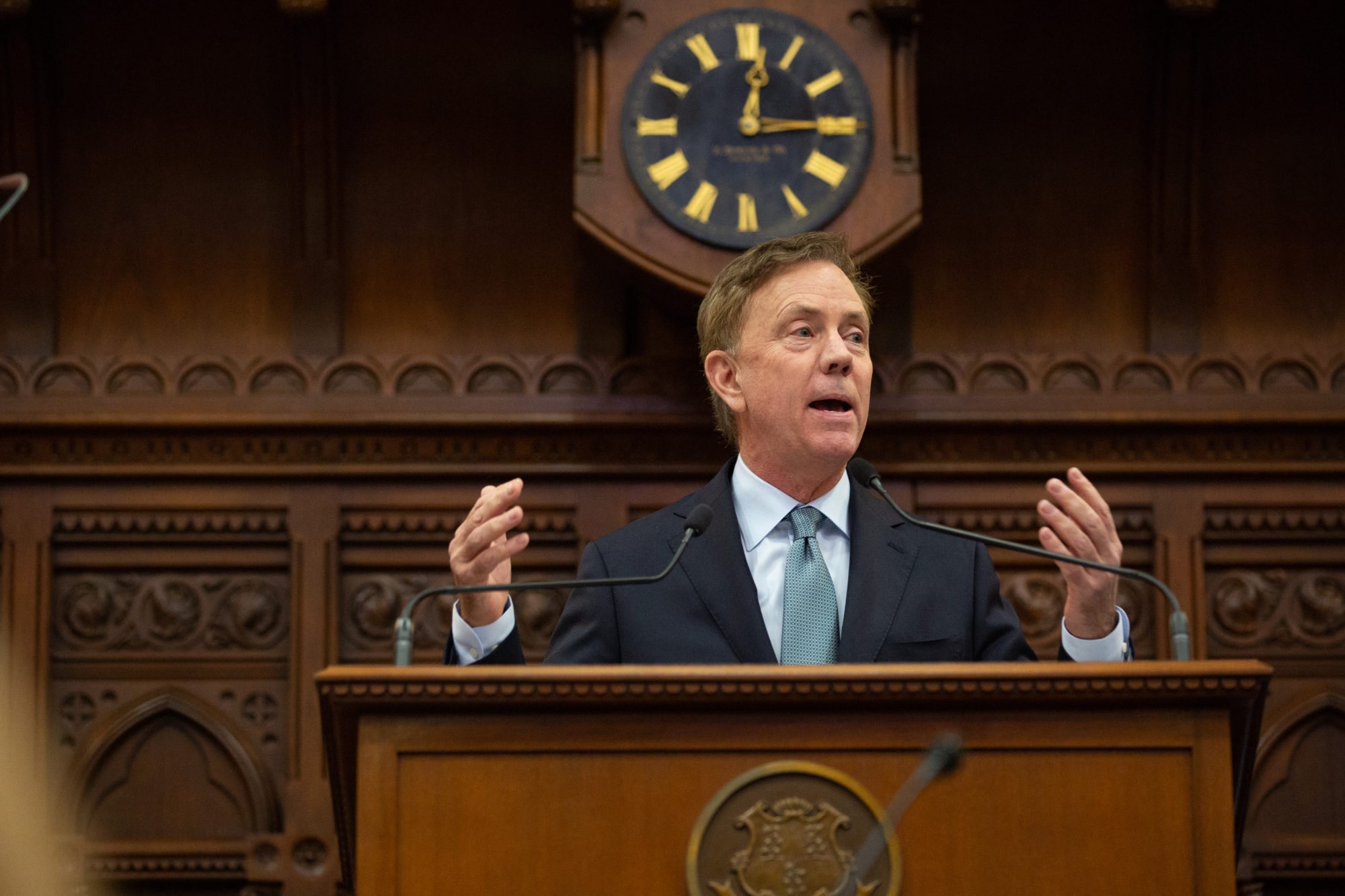 Fiscal conservatives like Gov. Ned Lamont aren’t the only reason Democrats lack the leverage to reform Connecticut’s tax system — even after expanding their sizable majorities in last week’s election.

That package created a stringent new spending cap — which only gets tighter in the coming years — as well as a new program to bolster state reserves that also effectively discourages any tax hikes on the rich.

And the governor, who fielded questions about the coming legislative term, said that while he’s convinced any tax hikes would be a mistake, he is ready to find middle ground on any issue.

The governor, a Greenwich businessman, insists tax hikes on the wealthy would drive Connecticut’s highest taxpayers out of state.

Although he pledged to deliver property tax relief to the middle class during his 2018 campaign, he left it out of his first budget, instead broadening the sales tax and killing a progressive income tax hike on the capital gains of Connecticut’s top earners — frustrating the legislature’s far left.

But while last week’s election results appear to give the bolstered Democratic majority equal footing with the governor next February, when they begin crafting the next state budget, the tie goes to Lamont.

Even a modest, compromise tax hike on the rich to provide more dollars for cities, social services and struggling state colleges likely would lose political steam — once lawmakers realize the money couldn’t get out the door because of the spending cap.

The capped portion of the state budget — areas where spending increases are restricted by law — grew between 1.8% and 3% in each of the past three fiscal years, and available space under the cap is projected to remain very limited in the coming years. Designed to keep spending in line with the growth in personal income statewide, the cap applies to roughly 70% of the overall budget, covering everything but debt payments and programs paid for with federal funds.

Unlike the original cap enacted in 1991 to complement the new state income tax, the 2017 version is more constraining, as it now includes the nearly $2 billion in annual aid to distressed cities and towns.

Longstanding exemptions for required payments into pension funds for state employees and teachers expire after 2022 and 2026, respectively. And despite a 2019 refinancing of the teachers’ fund debt, required payments into this account are projected to jump nearly 50% over the next five years, meaning even more spending will be restricted.

Legislatures and governors can legally exceed the spending cap, but no one has done so since 2007.

Gov. Dannel P. Malloy, a Democrat who served between 2011 and 2018, wouldn’t officially cross the cap but effectively circumvented it on several occasions.

For example, nearly $50 million was moved outside the cap by directing state money owed to charter schools first to cap-exempt poor communities, and then by ordering those communities to forward the funds onto the charters.

During Malloy’s tenure, the level of state grants funded with borrowing — which is outside of the cap — rose from $60 million per year to $155 million.

Lamont, though, has been unwilling to work around the cap and has been pressing lawmakers to tighten borrowing as well.

Another provision of the 2017 budget deal, the “volatility adjustment” forces Connecticut to deposit hundreds of millions of dollars of annual income tax receipts tied to capital gains and other investment-related earnings into its rainy day fund — effectively stifling proposals to increase taxes on the rich.

Once the rainy day fund is full, excess reserves only can be deposited in the pension fund.

And since any tax hikes on the rich chiefly would generate more revenue from investment-related earnings, those dollars still wouldn’t go into the cities, schools or social programs that progressives favor.

Further complicating matters, Connecticut pledged in 2018 covenants with its bond holders that it wouldn’t repeal its volatility adjustment program for at least five years, nor its spending cap for a decade.

Even if the new Democratic majorities tried to repeal these provisions, Lamont could always veto such bills — and likely find support among Republicans who fought for these fiscal-control mechanisms in 2017.

“Respecting these caps is very important to keep our state on a path to better financial health and stability,” said Sen. Paul Formica of East Lyme, ranking GOP senator on the Appropriations Committee. “While there are ways to override the caps in certain emergency situations, we should be focused first and foremost on getting a handle on the state’s budget without hurting the very protections that are keeping us afloat. … We will of course work with the administration on what’s best for the people of our state.”

Biden has said he would pay for this potential aid largely through income and payroll tax increases on households earning more than $400,000 per year and by raising the corporate income tax rate from 21% to 28%.

State Senate President Pro Tem Martin M. Looney, D-New Haven, a longtime advocate for a more progressive state income tax and lower municipal property tax rates, said he also hopes more federal aid is coming to Connecticut — but acknowledged there are many priorities competing for limited federal aid, and this would be far from a cure-all.

Looney didn’t speculate, though, on how next year’s state budget debate with Lamont would unfold.

“We’ll have to have an ongoing dialogue on this as we always do,” the Senate leader added.

House Majority Leader Matt Ritter, D-Hartford, who’s expected to be elected speaker in January, also declined to look too far ahead. But given the hundreds of thousands of low- and middle-income residents who’ve lost jobs since the coronavirus pandemic erupted in March, Ritter said he expects the debate will be robust.

“I also know there are a lot of people who are hurting because of COVID, and we as a caucus are going to go out of our way to protect those people,” he said.