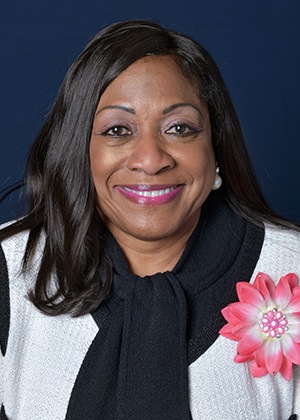 The Connecticut State Colleges and Universities Board of Regents on Thursday appointed Jane McBride Gates to serve as the system’s interim president.

Gates, who has served as CSCU’s provost and senior vice president for academic and student affairs since 2016, will be stepping into the position as the board searches for a permanent replacement for outgoing President Mark Ojakian. Ojakian is retiring at the end of December after serving in the role since 2015.

“I am honored. I appreciate the confidence of the Board of Regents and the opportunity to serve CSCU during this transition,” Gates said during Thursday’s meeting. “I look forward to continuing to advocate to work with the presidents, CEOs, faculty, staff and, most importantly, our students.”

Gates will begin her interim presidency on Jan.1 and will continue with her current duties as provost. She joined the CSCU system in 2011 as provost and vice president for academic affairs at Western Connecticut State University.

“I probably have worked closely with Dr. Gates, probably about five years,” said board member Merle Harris, adding that Gates would bring extensive knowledge about what’s happening in higher education across the country to her new role.

“I know she’s going to continue to work very closely with the members of the board and with our chair in that same manner, discussing what is ahead and what we need to consider.”

Gates takes the helm as the system faces financial concerns and massive budget cuts due to COVID. The CSCU system as a whole – which includes the dozen community colleges and four regional state universities – had a total deficit initially pegged at $69 million. 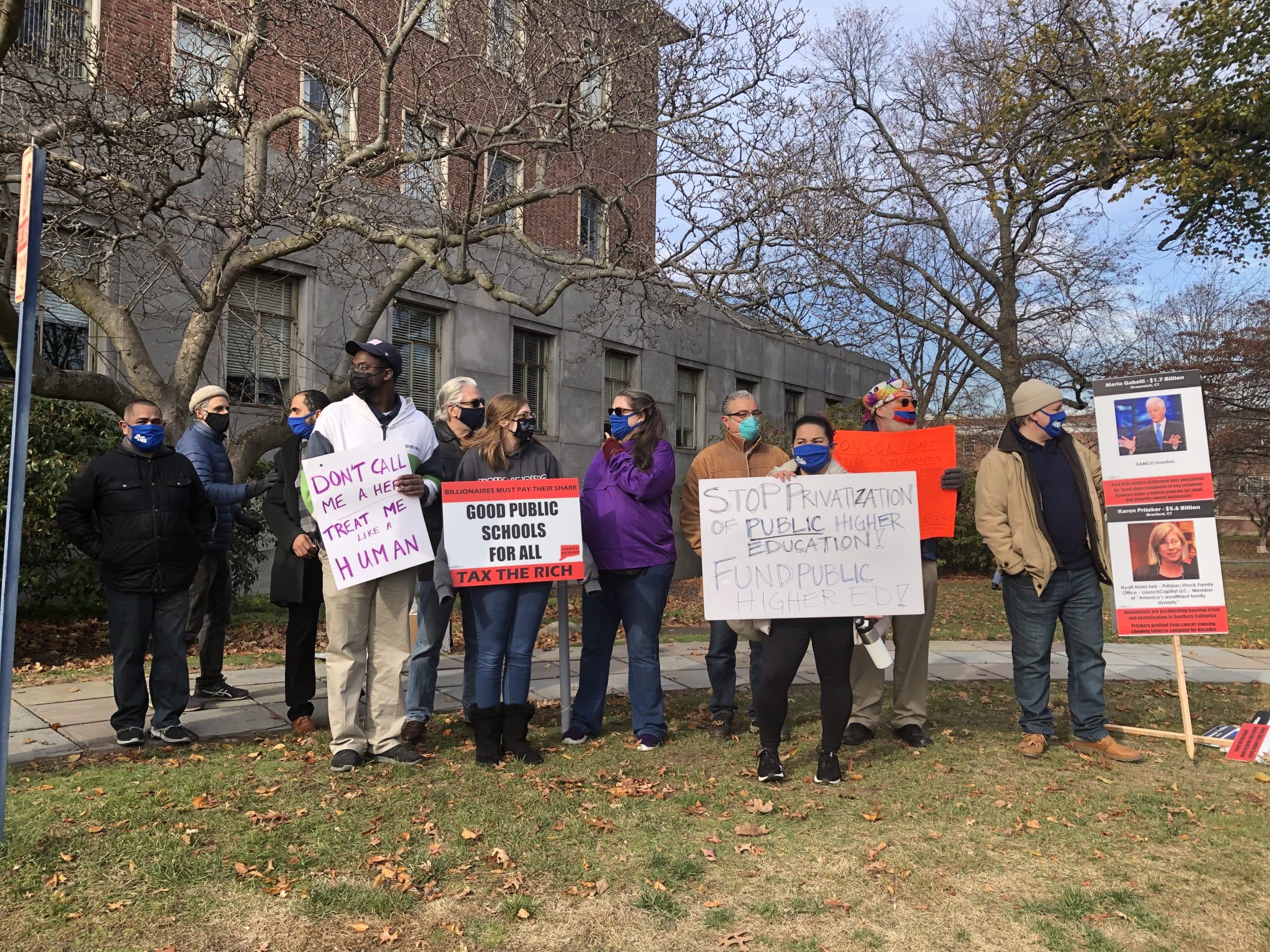 State university and college faculty, staff, students and community organizations protest outside of the CSCU Board of Regents office Thursday.

At its Oct. 15 Board of Regents meeting, the board voted to nearly drain the emergency reserves at the community colleges in response to the budget crisis and make $8 million in additional cuts at the state universities — the central office is leaving decisions about how to make the bulk of the cuts to individual university leaders.

A coalition of Connecticut college and university students, faculty and staff gathered outside of the Board of Regents headquarters shortly after Gates’ appointment to demand for investments in higher education that would make it more affordable and accessible for students in vulnerable communities. Protesters also sought to bring attention to ongoing concerns related to the system-wide budget cuts.

“If our universities were to react to the current budget crisis, as the BOR has suggested, by eliminating part-time faculty, the CSU system would be gutted,” said Shelly Stoehr-McCarthy, CSU-AAUP member and adjunct faculty at Southern Connecticut State University. “The consequences to enrollment and retention would be enormous, long-range and not easily remedied once this budget crisis and COVID have passed.”

But with a new person stepping into the president’s position, some professors at the rally said they are hopeful there will be more collaboration between the state, system leaders, faculty and students going forward, and that their concerns will be heard.

“I’m hopeful that [Gates] will have a better relationship with faculty and members of our campus community, and that we will be able to identify goals that will move us forward and that she will work with the legislature to provide us with the resources that we need to survive this difficult time,” said Fiona Pearson, sociology department chair and professor at Central Connecticut State University. “Time will tell.”