Dozens offered to pay, but a CPA and tax professor say the donations don't count as income 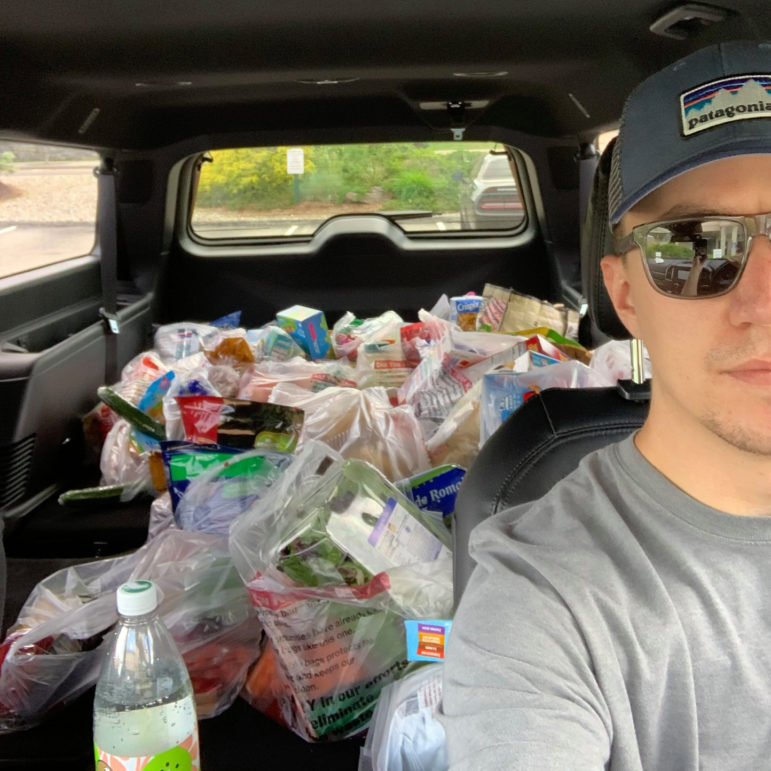 Mansfield Middle School teacher Louis Goffinet on one of his food runs during the pandemic last spring.

Sometimes one person’s generosity inspires others. For Louis Goffinet, the middle school teacher who accidentally racked up a $16,000 tax bill while raising thousands of dollars to feed his community during the pandemic, this is true three times over.

When news broke last week of Goffinet’s tax bill and his inability to pay, generous souls from all over the country flooded his Mansfield post office box with checks. As of Thursday, he said, he had amassed about $13,000 he can use to cover the bill.

“It’s a big relief,” he said Thursday. He’s gotten checks from as far away as Wisconsin and California. “Four different individuals – three of them strangers – offered to pay the whole $16,000.”

But he won’t be doing that.

A local CPA and a New York tax professor have determined that Goffinet does not owe income taxes on the $41,000 he raised through a Facebook fundraiser to buy and distribute groceries for people throughout his community. Instead, they will help him set up a charity so he can continue his good work for those in need without creating any more tax problems for him or anyone else.

After meeting with Goffinet and looking over his records, Windham CPA Dawn Brolin and Columbia University tax professor Rick Davino agree that Goffinet’s grocery distribution efforts were what Brolin terms “a gift-raising activity.”

“Amounts received by reason of the donor’s ‘detached and disinterested’ generosity are NOT taxable to the recipient but rather are treated as tax-free gifts under section 102 of the Federal income tax laws,” said Rick Davino, an adjunct tax professor at Columbia Law School. After learning Goffinet’s story, “I can’t imagine any of the donors on Mr. Goffinet’s Facebook page being motivated by other than such generosity. Thus, the receipt of those funds by Mr. Goffinet would NOT be taxable to him. No doubt at all.”

Despite the Form 1099-K that Facebook sent to the IRS identifying the $41,000 as personal income, the money people gave Goffinet to buy groceries was given so he could spend it on others — with no expectation of a tax deduction or anything else in return, Brolin said. “There was no quid pro quo.”

After hearing to the contrary from a number of tax experts, “I was really skeptical there was a way out,” Goffinet said. But he said the last thing he wants to see is for money intended to help people go back to the IRS.

So, with help volunteered by Brolin’s firm, Powerful Accounting Inc., Goffinet said he will set up a legal 501(c)3 tax-exempt organization to handle the thousands sent to cover his debt. Once that’s done, he said, everyone who sent him money to pay the tax bill will be given the option of donating the money to the charity — for the benefit of others — or simply getting it back. 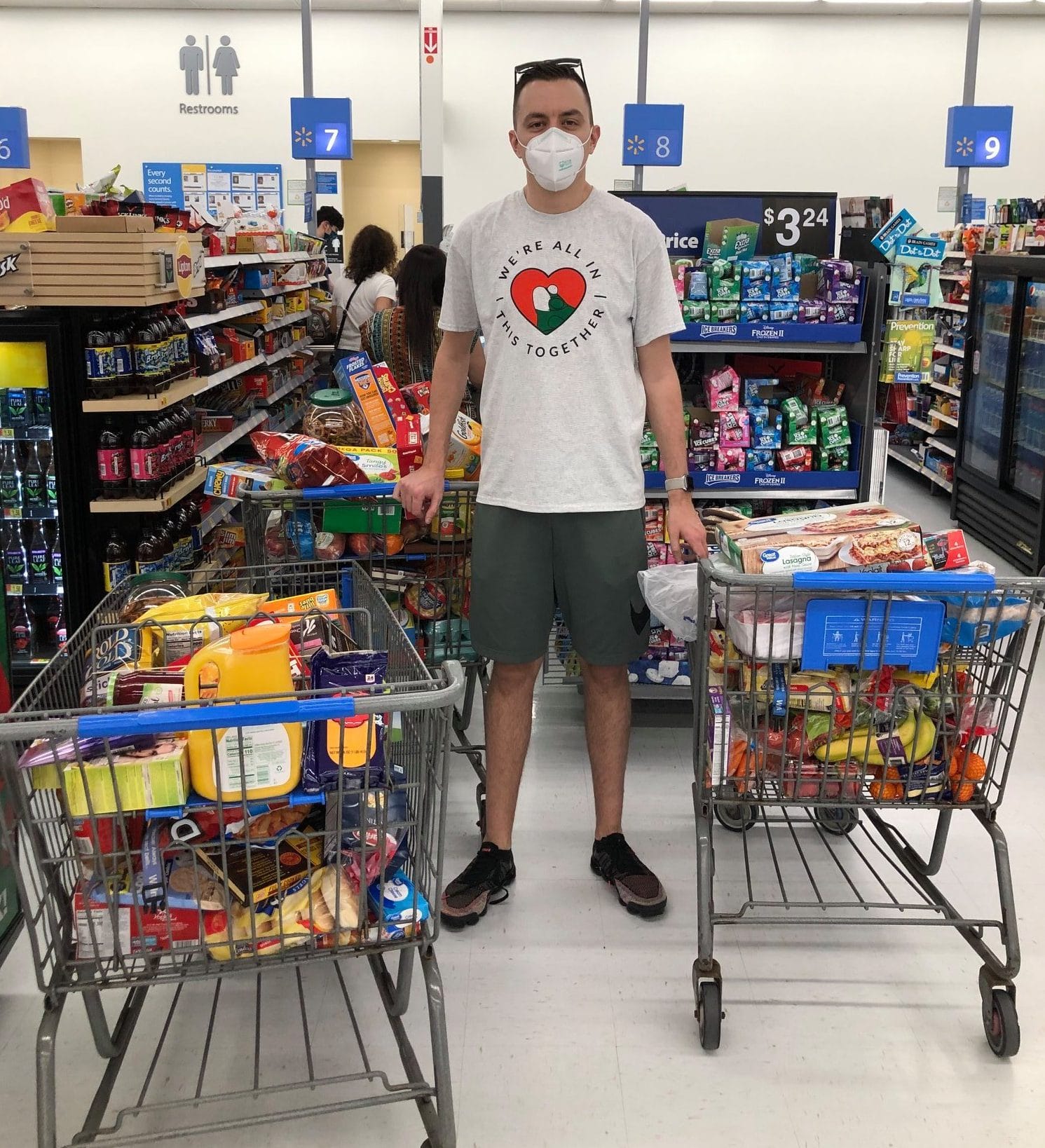 In response to news of his unexpected tax liability incurred while buying groceries for needy people in his community, dozens have sent him enough money to cover Louis Goffinet’s entire bill. But with the help of a volunteer tax advisor, he has a better idea.

Meanwhile, said Brolin, she will file Goffinet’s tax return without claiming the $41,000 as income. She and Goffinet are also building a file that will comprehensively account for all the money he received and how and on whom he spent it.

Fortunately, he has been keeping detailed records, Goffinet said. “She wants two years of my credit card and bank statements,” the 27-year-old teacher added.

Brolin observed that Goffinet’s typically modest monthly expenditures on his American Express card mushroomed to $31,000 in one month of the pandemic last spring – all of the charges paid out to grocery stores.

The file will include all his Facebook posts and the local and national news coverage, email and community recognition Goffinet got during the pandemic as he was busy organizing deliveries of groceries and helping pay the rent of people who had lost their jobs.

Brolin, who is also a certified fraud examiner and forensic accountant, says she knows a scam when sees one and knows Goffinet and his effort to help local people in need was anything but that. Nevertheless, she said, there is “a chance” that the IRS “will reach out for more context” than his tax return provides, and if it does, she will have a persuasive body of evidence to show that what Goffinet organized “was not a taxable event.”