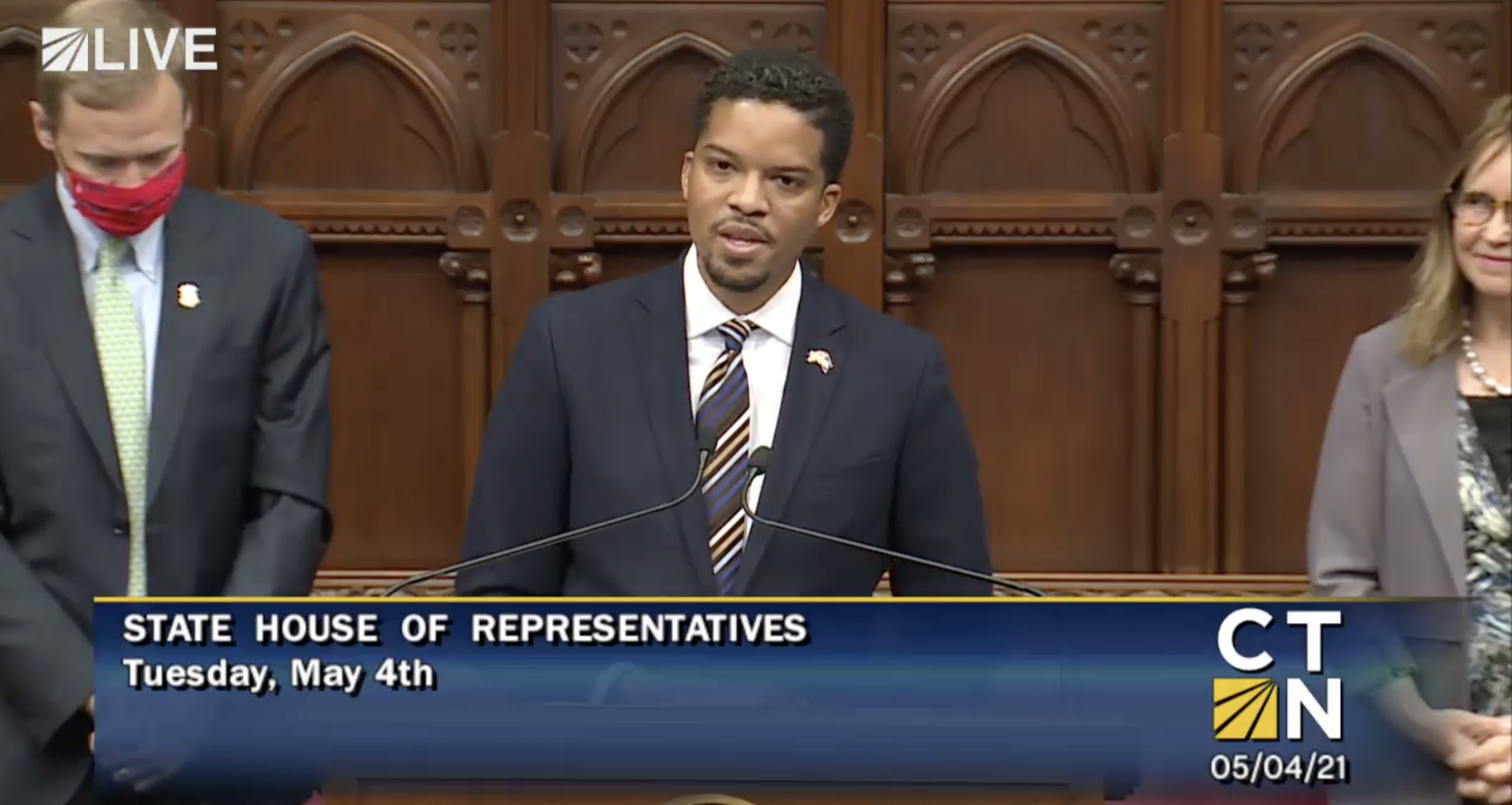 Rep. Corey Paris is sworn into the House of Representatives after winning a special election last week to represent the state’s 145th District, which includes Stamford.

Rep. Corey P. Paris was sworn into the state House of Representatives Tuesday, one week after winning a special election to occupy the seat formerly held by now-Sen. Patricia Billie Miller.

“This is a very proud day not only for me, but a new beginning and a continuation of progress for our district and for our great state,” said Paris, D-Stamford. “Democracy is the most important and most critical part of our everyday lives. And it is in our hearts, in our souls, in our great hopes to continue the cause, to preserving democracy, and making it better for all of those who we seek to represent and help.”

Paris handily defeated his Republican opponent J.D. Ospina on April 27. He now represents the 145th District in Stamford, a seat held by Miller until she won a special election for a vacant state Senate seat in March.

“May we all be good and decent people that serve in this chamber, who all decide that we will come in every day to achieve better today than we did yesterday,” Paris said in his short speech before leading his new colleagues in the Pledge of Allegiance. “Because at the end of the day, the hopes of our people is what will ignite the fruition of our work.”