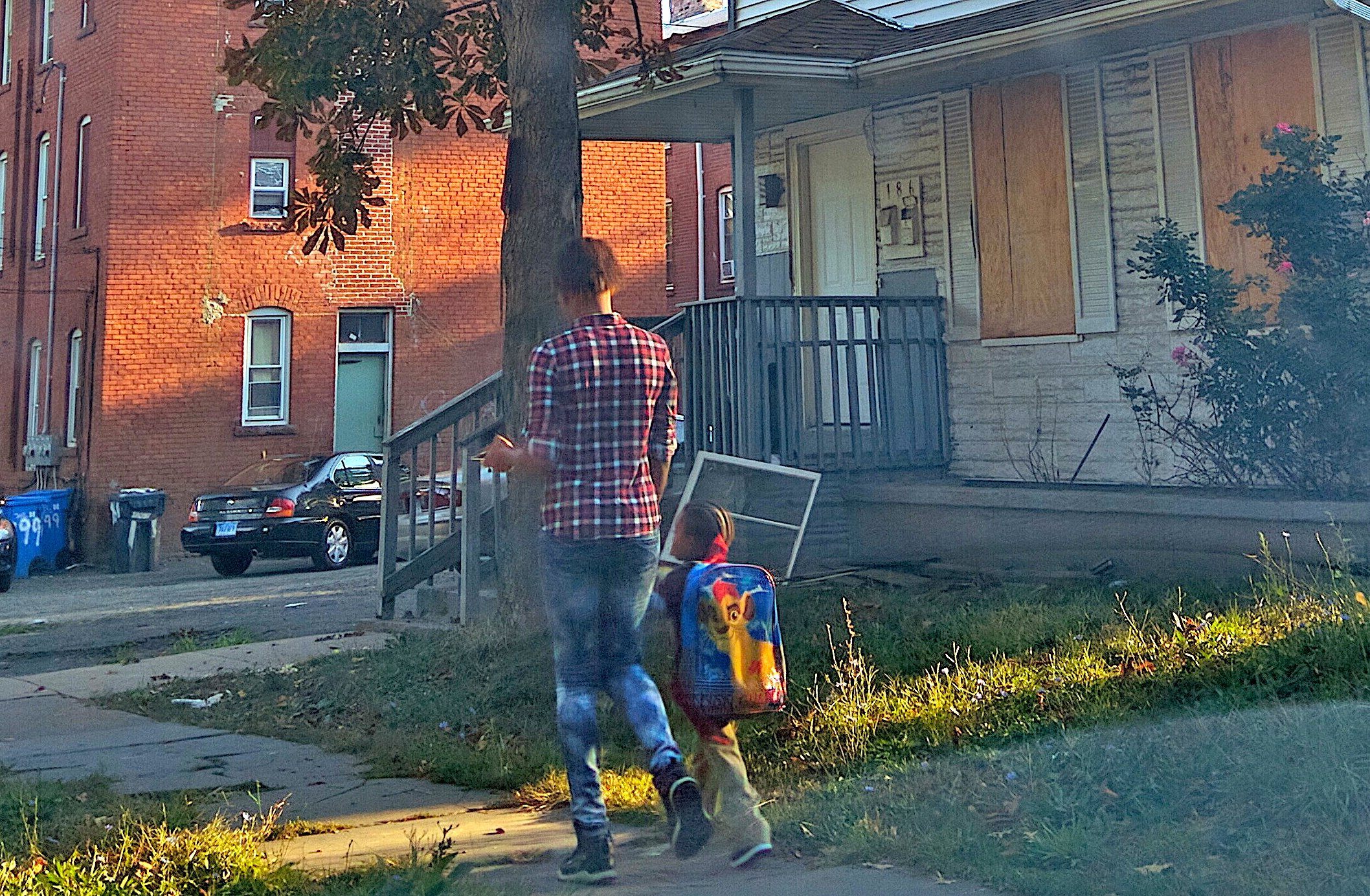 A student walks by one of the many boarded-up houses in an impoverished neighborhood in Hartford on the way to school.

Could providing $11,000 to every child born into poverty close the state’s wealth gap, one of the worst in the nation?

Legislation headed for the governor’s desk aims to try.

The bill provides $50 million a year so the state can set aside and invest $3,200 for each child born after July 1 who is enrolled in Medicaid. That’s about 16,000 children a year who stand to benefit from these so-called “Baby Bonds.” When these children reach age 18, that money is expected to have grown to nearly $11,000 for the adolescents to use to purchase a home, go to college or trade school, or to start a business.

“I witnessed firsthand how generational poverty holds a community and individuals back,” said State Treasurer Shawn Wooden, the chief proponent of the program, on the day he announced the proposal. He grew up in an impoverished neighborhood in Hartford and attended Trinity College through a scholarship.

“I was able to make it. I am the exception. … I know it’s not simply about kids not working hard enough. It’s about opportunities and access. Oftentimes, we talk about people pulling themselves up by their own bootstraps. Well, the truth is, in the communities that we’re trying to target, there are simply not enough bootstraps.”

The governor is expected to sign the “Baby Bonds” bill into law, included in the massive state bonding bill that funds billions in construction and other initiatives.

With the governor’s signature, Wooden said, Connecticut will become the first state in the country to provide every child born into poverty with this gift.

This massive investment will be a game changer, said state Rep. Geraldo Reyes, the chairman of the legislature’s Black and Puerto Rican Caucus. He grew up in poverty and struggled to pull himself out of that. 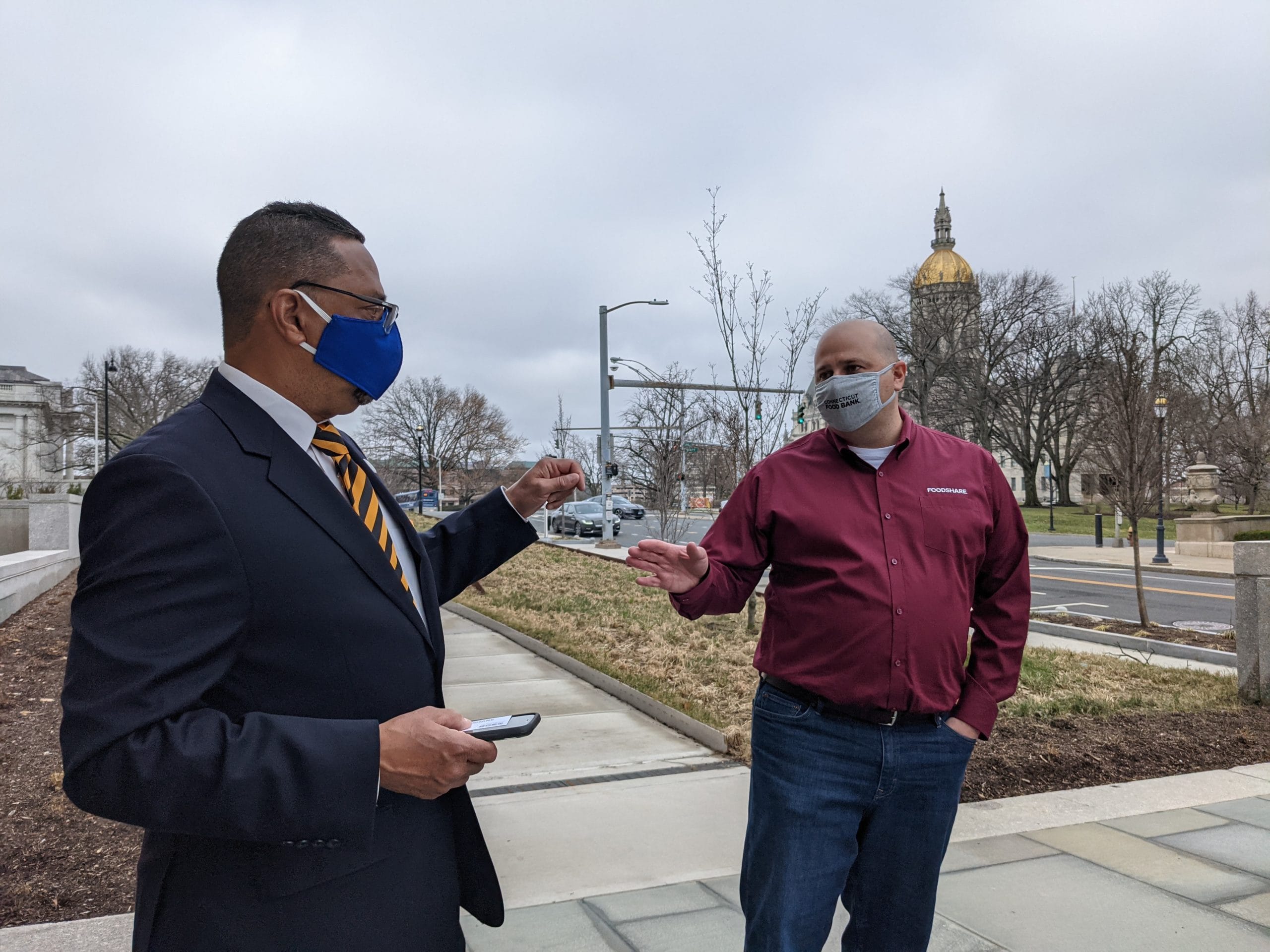 On Wednesday, shortly after the Senate gave final passage to the bill, Reyes said the bill was a top priority for the Black and Puerto Rican Caucus.

While access to this program is race neutral — any child whose family is poor enough to qualify for Medicaid will have funds set aside for them — state data show that Black and Latinx residents stand to disproportionately benefit from the “Baby Bonds” program.

That’s the same population that has been disproportionately impacted by historical systemic racist policies such as housing discrimination and numerous criminal justice polices, advocates say. White families also have five times the wealth of Latinx families and eight times as much as Black families.

Research of hypothetical baby bond scenarios indicates that it is an effective approach to begin closing the staggering wealth gaps.

Beginning July 1, the state will begin setting aside the funding to test that scenario.

“This comes at a critical juncture in our state’s history, as the wealth gap and economic disparities have only been exacerbated as a result of the pandemic and have disproportionately impacted communities of color,” said Wooden.