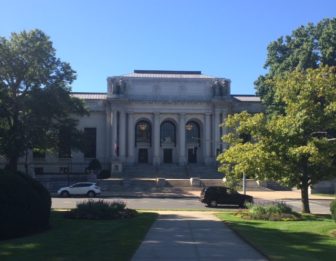 The state Supreme Court affirmed Monday that records of alleged misconduct by teachers at public schools and universities in Connecticut are public records subject to release under the Freedom of Information Act.

In a unanimous decision by Justice Dennis G. Eveleigh, the state’s highest court rejected an effort by a former University of Connecticut Health Center professor to block the release of a report about allegations he was abusive to staff.

Dr. Jay R. Lieberman, former chairman of orthopedic surgery, had asked the court to stop UConn from releasing documents related to another surgeon’s grievance that Lieberman was abusive to staff. Lieberman argued that the documents should be considered as evaluations, which are exempt from release.

But the justices sided with the Freedom of Information Commission and a Superior Court judge. Both had ordered the documents’ release, concluding that the exemption covering evaluations does not apply to records of personal misconduct.

Eveleigh wrote that the court was taking a narrow view of the exemption, because state law “contains explicit limiting language providing that records of personal misconduct are not to be included in the definition of ‘records of teacher performance and evaluation.’ ”

The decision clarifies a definition of evaluations that Superior Court Judge Carl Schuman, author of the lower court decision, complained was ambiguous: “The line between an evaluation of performance and an evaluation of misconduct is blurry at best.”

UConn refused to release two investigative reports to Dr. Michael Aronow, the surgeon who filed the grievance. The American Association of University Professors backed making the material public, saying that UConn’s initial willingness to designate the investigative findings by the Health Center Appeals Committee as confidential personnel records was an abuse.

The high court decision relied in part on its interpretation of the General Assembly’s intent.

“Nothing in the legislative history suggests that the legislature intended to exempt from the requirements of disclosure under the act records involving the resolution of a formal grievance filed against a faculty member,” Eveleigh wrote. “Rather, as Aronow and the commission assert, the legislative debate in the House of Representatives reflected a tension about whether officially collected evaluations of university faculty performance, particularly student evaluations, required the same level of confidentiality as records of teacher performance and evaluation at the primary and secondary school level.”

Eveleigh wrote the decision was consistent with prior rulings that assumed some “evaluative content” in a disciplinary record was insufficient to render it exempt from the Freedom of Information Act.

“Conceivably almost all records relating to a faculty or professional staff member’s employment could include some form of evaluative content,” Eveleigh wrote. “Thus, to adopt Lieberman’s position would make the exception so broad that it would threaten to swallow the general rule of disclosure under the act, as it applies to university faculty and professional staff members.”