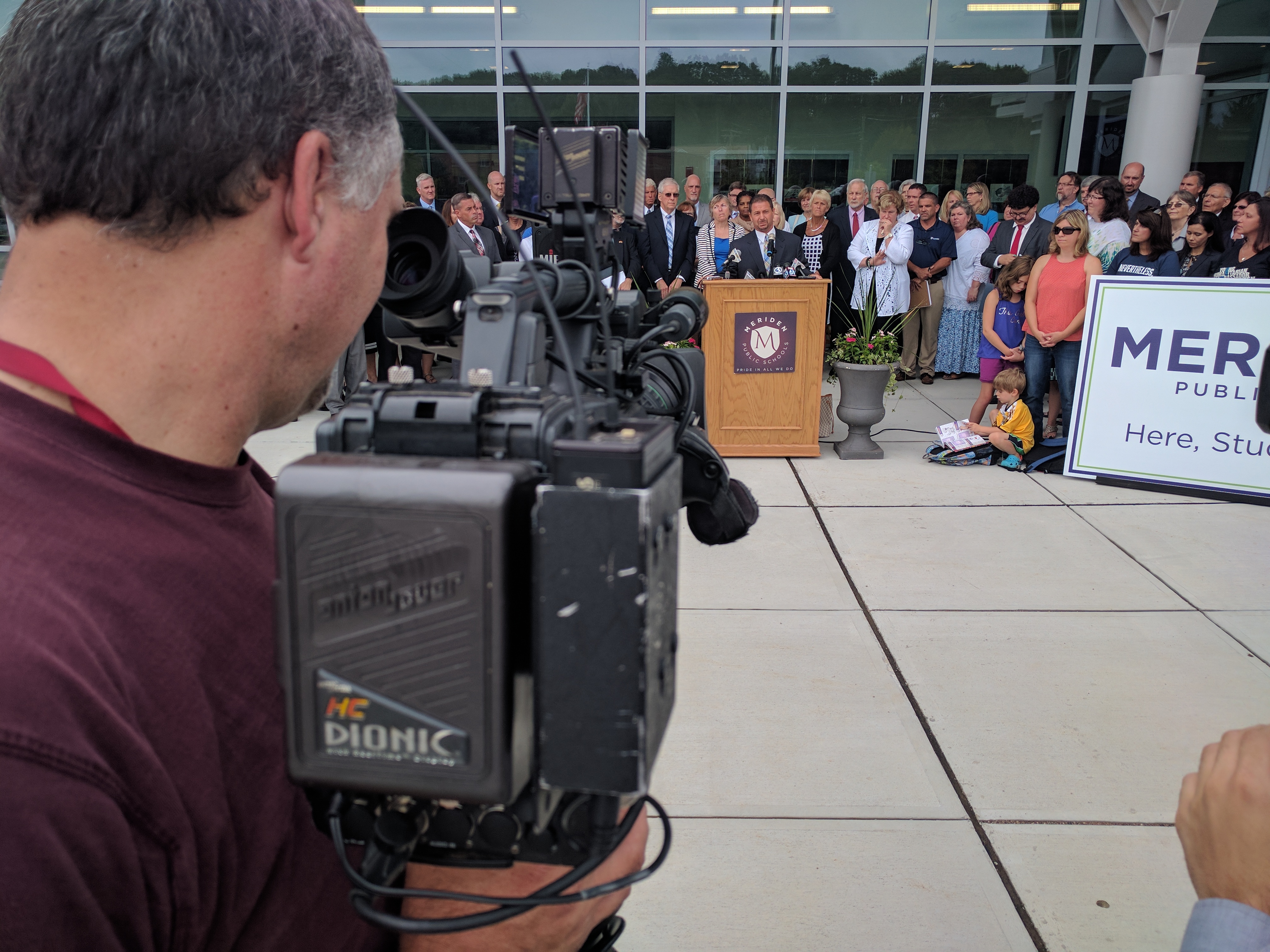 With no state budget in sight – and uncertainty surrounding how much funding the state will send each school district – superintendents, school board members and teachers gathered at an event in Meriden Tuesday to raise awareness of the cuts they have made and staffing decisions they have put off.

“We need to have a budget now,” said Robert Rader, executive director of the Connecticut Association of Boards of Education. “The later the budget, the more our schools will suffer.”

Here are three questions to consider that will dictate how different school districts are impacted by the impasse.

How much will be cut?

To close the state’s remaining $1.6 billion budget deficit for the current fiscal year, Gov. Dannel P. Malloy has insisted on cutting municipal aid, including for education. Legislative leaders are unable to reach consensus on the issue.

The sooner the state adopts a budget, the sooner municipalities will have a definite understanding of what they face.

In the meantime, without an adopted state budget, it will be up to the Democratic governor to determine how much to send each district. The executive order that he signed just before the fiscal year began July 1 cuts education aid by $506 million.

The governor has said he plans to revise that order before the end of the month to redirect state education funding away from better-off communities so that the most impoverished communities, “can receive an appropriate amount of money.”

It’s unclear whether that means those struggling districts will get more money, be held harmless, or if the cuts won’t be as extreme as originally planned.

Finding $506 million in savings from the Education Cost Sharing (ECS) grant while trying to simultaneously shield impoverished districts will be extremely difficult.

That’s because nearly two-thirds of the grant already goes to the 30 most impoverished districts so there is not much money to cut from the better-off districts. The 30 wealthiest communities collectively received only $19 million in the fiscal year that just ended, which is 1 percent of the total given out in ECS grants.

His executive order eliminated all education aid for 34 municipalities, but still cut aid to several of the state’s lowest-performing districts, including a $23 million, or 15 percent, reduction to New Haven, and $18 million, or 9 percent, to Hartford.

In order to shield the state’s 52 poorest communities from any cuts in state education aid, he would have to eliminate all funding for the remaining 117 districts.

The governor’s office on Tuesday declined to disclose whether his adjustments would include backing off the initial $506 million savings target.

“We have been clear that municipalities should not make assumptions about their level of education funding in the absence of an adopted biennial budget,” said Malloy spokesman Meg Green. “At the same time, the Governor remains committed to safeguarding funding to the greatest extent possible in communities with concentrated pockets of poverty and the highest student needs.”

What will the impact of cuts be?

Some districts are affected more than others by the budget stalemate. 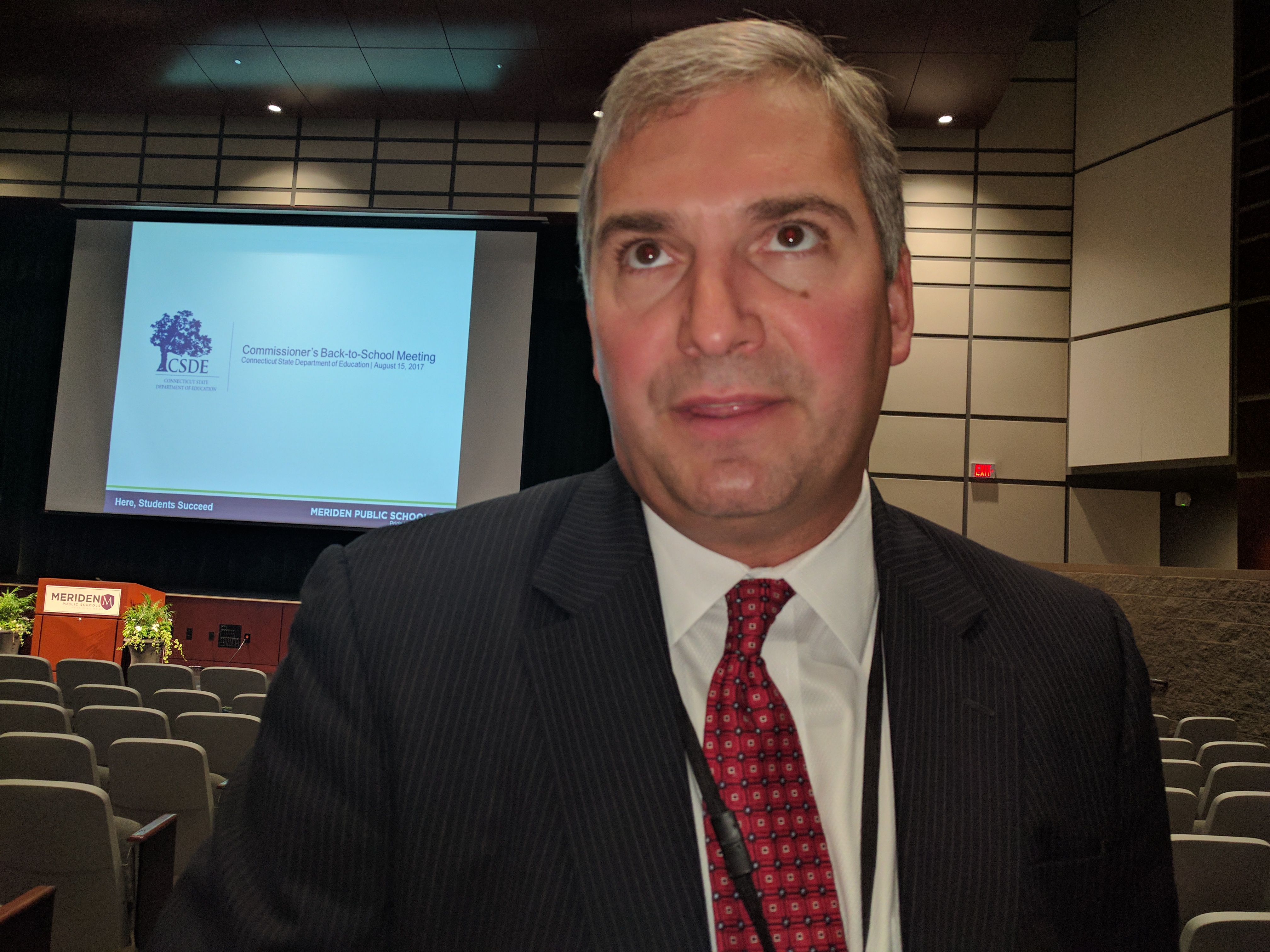 “We are in a strong fiscal position so if they are to reduce funding further, we are able to absorb that in the short term,” Luizzi said during an interview. “We have been fortunate to not have to reduce our staff at this point.”

Educators from middle- and l0w-income districts shared a different reality that they are facing.

Milford Superintendent Elizabeth Feser said if even half of the $10 million the state provides is cut, “It would devastate us. We would have to collapse classes and reduce a significant number of positions.”

A teacher from Groton said that her district has already been forced to cut 22 teaching positions and close an elementary school to save $3 million. Further cuts would mean potentially charging for sports participation and closing after school programs.

A survey conducted by the’s Connecticut Association of Public School Superintendents reported that more than 400 positions have been put on hold or cut in the 30 districts that responded.

In New Haven, the hiring of dozens of bilingual education teachers has been held up. In Cheshire, the district has refrained from hiring a new middle school social worker, high school counselor, four elementary teachers and one high school science teacher.

Towns have assumed a mixed bag of funding levels in adopting their education budgets.

A review by Moody’s Investors Services of the adopted budgets in 87 of Connecticut’s municipalities shows that nearly half budgeted for funding cuts in excess of 10 percent. Moody’s declined The Mirror’s request to provide a town-by-town list of budget assumptions.

Other options than cuts to schools?

There are options other than cutting education spending if state aid is ultimately cut. Towns could tap their emergency reserves – which total $1.2 billion among all municipalities – or town leaders could increase property taxes in time for the second installment due from taxpayers in January.

Neither of those options were raised during Tuesday’s event in Meriden.

“That’s not our decision to make,” Feser said.

Public schools, in need of more support staff, are teaming up to bring UConn social work students into the mix.

The state's legal exposure from its aborted education partnership with hedge fund billionaire Ray Dalio is far from over.

As Lamont prepares to ease COVID restrictions, he will also explain how they could return

Gov. Ned Lamont is ready to ease more pandemic restrictions on Connecticut. But what would it take to restore them?

The school linked the spike in positive cases to a "small outdoor gathering" of 15 students at an off-campus apartment.