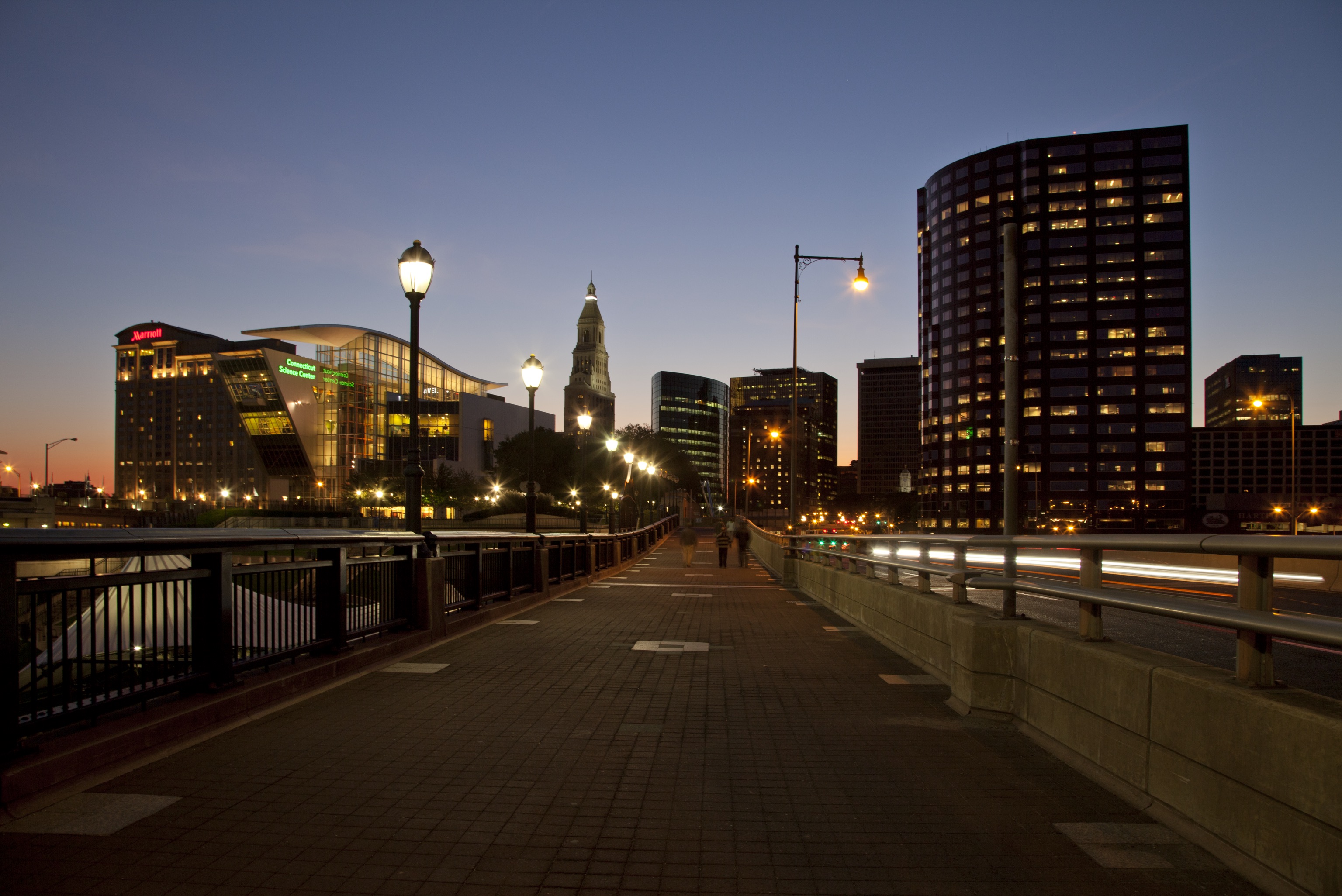 The state of CT’s cities and towns in charts

State lawmakers must answer a key question if they are to adopt a budget anytime soon: Should they tap fiscally healthy towns – and their taxpayers – to help close the state’s yawning $1.6 billion budget deficit for the current fiscal year?

Finding consensus on that question is more elusive than ever, even though the state’s fiscal year began 45 days ago.

The Democratic speaker of the House of Representatives has regularly said it would be nearly impossible to rally the votes for major cuts to even better-off municipalities in his chamber, where suburban legislators have considerable influence. And in the state Senate, where the parties have an equal number of seats, the Republican leader has said it would be unfair to make well-run towns pay for the state’s fiscal mismanagement. Senate Democrats also are divided on the issue.

“It has been extraordinarily difficult to put together a final budget largely because of this issue of municipal aid,” Senate President Pro Tempore Martin M. Looney said Friday.

Gov. Dannel P. Malloy insists on putting state aid on the chopping block. His latest budget proposal reduces state resources for municipalities by $476 million this year – a 19 percent reduction. His executive order, under which the state is operating until a budget is adopted, cuts state aid much further.

Last week, the Democratic governor wrote his budget director, saying cuts to municipal aid “must be on the table for discussion.” And on Friday, while standing next to the leaders of the organizations that represent town leaders, Malloy stood firm.

“In a perfect world everyone would be held harmless and would actually get more. I think there is an admission that this may not be a perfect world,” Malloy told reporters. “Less may be better than nothing.”

State aid to municipalities largely has been spared cuts over the last decade – and has even been increased in some years – even though the state has regularly faced budget deficits. Malloy often reminds the media that shielding cities and towns from cuts has come at the cost of cutting state-funding for programs that help the disabled and other vulnerable populations.

And the state already has raised taxes and other revenue to close past deficits, and has negotiated an agreement with state employees for pay freezes and larger contributions toward pensions and health care. The deficit for the current year had exceeded $2 billion before state employees agreed to concessions.

Now it’s time for some municipalities to share in the pain, the Malloy administration maintains. 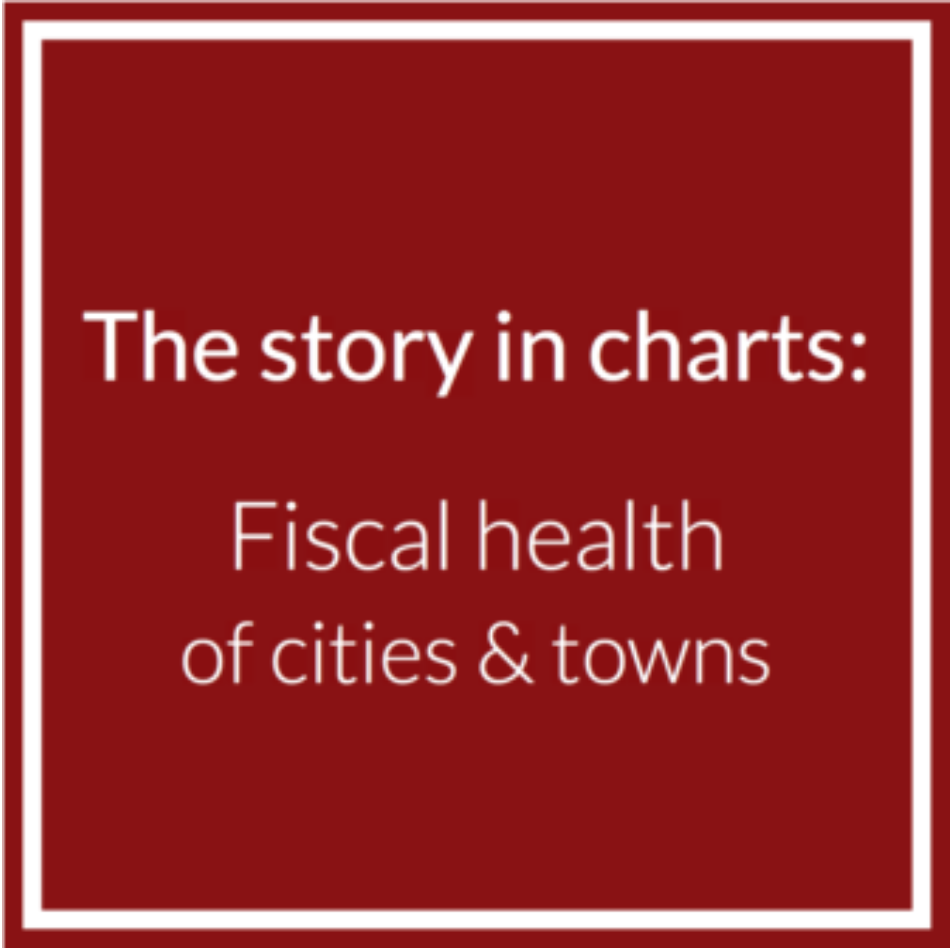 “Most towns are in better shape than Connecticut in many ways,” Ben Barnes, the governor’s budget director said in February. “The majority of towns are in a good position to react to changes in state aid.”

As this debate rages, here, in graphical form, are some key indicators of the fiscal condition of the state’s 169 cities and towns and how they are spending their money.

Municipal spending has grown in every city and town except Winchester between fiscal 2011 and 2015.

The growth has been lopsided.

In the state’s 15 wealthiest municipalities, spending has increased by 16 percent over the five years compared to 10 percent in the 15 poorest communities. Inflation during that time was just under 6 percent, according to the U.S. Department of Labor. In actual dollars, spending during that time increased fastest in Greenwich, the most affluent municipality in the state.

And between 2002 and 2015, the wealthiest communities increased spending twice as fast as in the poorest (82 percent vs. 41 percent). Inflation was 33 percent during that time.

Who is paying the bill?

Local taxes provide most city and town revenue in all but four of Connecticut’s 169 municipalities. In Hartford, New Haven and Windham – among the most impoverished communities in the state – local taxes are just shy of covering half their budgets. In Putnam, another low-income community, local revenue covers 39 percent of the town’s budget.

It’s a mixed bag when it comes to whether state funding or local taxpayers are covering the increases in municipalities’ budgets.

In 13 of the 15 most impoverished communities in Connecticut, locally raised revenue accounted for a greater share of municipalities’ budgets in 2015 compared to 2002. For example, in the state’s most impoverished community of Hartford, local revenue accounted for 39.5 percent of its revenue in 2002 compared to 46 percent in 2015.

In the 15 wealthiest communities, four saw local money picking up an increasing share of their budget during that same stretch. (Pomfret did not report data for 2015)

Municipalities apply a mill rate against taxable property in order to generate tax revenue. The state’s most impoverished communities, where houses are generally assessed at much lower values than in better-off communities, have the highest mill rates in the state.

Since 2010, both the average and median mill rates in the poorest communities have grown twice as fast as in the better-off communities.

Revaluations of property also impact mill rates. (Look here for a town-by-town list of when the last valuation took place.)

The percentage of a property’s market value that is reflected in its assessed value also affects mill rates. In an extreme example, for instance, Hartford’s residential property is assessed at only 30 percent of its market value, compared to about 70 percent for nearly all other municipalities.

To account for this difference in market value vs. assessed value, the state calculates what it calls an equalized mill rate.

Even with these adjustments, there are still huge difference in tax rates. In the 15 wealthiest communities the median equalized tax rate is 10.9 mills, compared to 26.9 in the poorest municipalities.

The property tax is essentially the only one towns have the authority to levy that will generate any substantial amount of revenue. While a sales or income tax is not a municipal option, parking and other usage fees are, though they typically don’t generate substantial money for towns.

This dependence on local property taxes can be especially problematic for cities that are home to numerous tax-exempt hospitals, colleges, government offices and nonprofit organizations.

In Hartford, the state’s capital city, where officials are considering filing for bankruptcy, more than half of the property is not taxable. The state does reimburse municipalities for a portion of that lost revenue, however.

Where are towns spending?

Three out of every five dollars that towns spend goes toward education.

In the state’s 15 poorest municipalities, it’s a bit lower – 52 percent.

Between the 2006 and 2016 fiscal years, education spending increased by $2.1 billion – 32 percent. Had spending matched inflation, as measured by the U.S. Bureau of Labor Statistics, costs would have increased by about $1.3 billion.

As expected, the overwhelming majority of a school district’s budget goes toward staffing.

While the state has relatively little in its budget reserve, the governor has noted that several municipalities have sizable rainy day funds.

Westport, for example, had $25 million for emergencies as of July 1, 2016 — enough to cover 12 percent of its operating budget.

According to the governor’s budget office, towns typically need 5 percent of their budgets in reserve to protect their credit rating when selling municipal bonds. But everything over 5 percent could be used as operating funds. Several municipal leaders, however, disagree and say they need much more than that.

Overall, 45 municipalities had reserves that amount to more than 15 percent of their annual expenditures, most of them better-off towns. By comparison, the state has enough to cover just over 1 percent of its budget in reserve.

Cities and towns regularly borrow money to build or renovate schools, for road work and for other construction projects.

In some communities, that borrowing has added up. The municipalities with the highest debt load also happen to be some of the state’s most impoverished communities.

And then there also are costs associated with paying for the pension benefits promised to municipal employees other than teachers, whose employer pension contributions are covered by the state.

Until the legislature and governor adopt a budget, the state is operating under the governor’s executive order. That executive order would cut municipal aid by $969 million if the entire fiscal year were to pass without an adopted budget.

The state’s major grants to cities and towns are sent out incrementally throughout the year. When payments must go out typically is set in law, though with the budget stalemate, the governor’s executive order will dictate how much each municipality receives.

The first major batch of payments are to be made in October, when the state must send out the first installments of the Education Cost Sharing grants, the primary state grant for schools. The governor has said he plans to revise the existing executive order before the end of the month so that the state’s most impoverished communities are shielded somewhat from such deep cuts.

Below is a town-by-town table of how much each grant a municipality receives is cut under the executive order, and when they will experience the reduction if no budget is approved before then.

Correction: The map that outlines a tax bill for a $200,000 home has been update with correct figures for Hartford.