The bill would require the state Department of Social Services to apply for a federal waiver allowing the state to impose work or community service requirements on some adult, able-bodied Medicaid recipients, a request that the Trump administration already has approved for three states.

The bill also would prohibit DSS from applying for a federal waiver that drops current work requirements for food stamp recipients who don’t have dependents and live in areas with higher unemployment rates and job scarcity. The U.S. Department of Agriculture is now considering ending those waivers.

In written testimony, DSS Commissioner Roderick Bremby said he opposes the bill for many reasons, including that the Medicaid work requirements don’t align with the purpose of Medicaid; that limiting food stamp benefits would directly affect local economies across the state; and that it would be expensive to implement.

The work-requirement bill will have a public hearing in front of the Human Services Committee on Thursday at 11 a.m. in Room 2A in the Legislative Office Building.

In January, the Centers for Medicare & Medicaid Services sent a letter to states, saying that it would, for the first time, allow them to craft programs that would require Medicaid recipients to prove they are working, training for a job or volunteering in their communities. 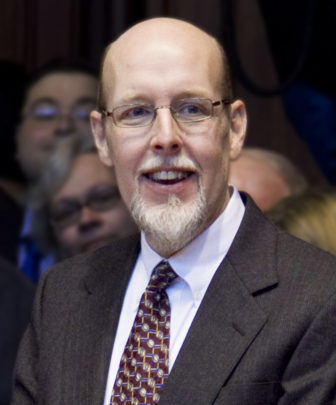 The letter said the policy was “anchored in historic CMS principles that emphasize work to promote health and well-being.” The action reverses the policy of previous Democratic and Republican administrations, which held that the work requirements didn’t further the program’s purposes of promoting coverage and access, according to the Kaiser Family Foundation.

Several states have sought approval, and so far, Kentucky, Indiana and Arkansas have received waivers allowing Medicaid work requirements. Kentucky is facing a federal lawsuit aimed at blocking implementation of the program.

In January, Gov. Dannel P. Malloy said he would not impose work requirements on Medicaid recipients, saying the policy would “cause real harm to families across the country.”

Under the Connecticut bill, many Medicaid recipients still would be exempt from work or community service requirements, including those under 18 years old and over 64, people with disabilities, pregnant women, the sole caretaker of a dependent child or a person with disabilities, and a student enrolled full-time in either a secondary or post-secondary school.

Extensions also would be granted to those who live in higher unemployment areas and can’t find or afford transportation to work or do community service.

The food stamp program — officially known as the Supplemental Nutrition Assistance Program — has had work requirements on and off for years for “able-boded adults without dependents.”

Current federal legislation mandates that states require these individuals ages 18 to 50 to meet work requirements to be eligible for SNAP for more than three months during a 36-month period, according to DSS.

States can apply for a one-year waiver of these work requirements, and DSS has sought and received approval to waive them for 2018 in 114 towns and cities.

Sen. Joe Markley of Southington, the Human Service Committee’s Republican co-chair, said on Friday the committee had received several proposals for work requirements from Republican legislators. In February, Markley said, the committee’s leadership attended a presentation by the Foundation for Government Accountability, a conservative think tank that favors work requirements. 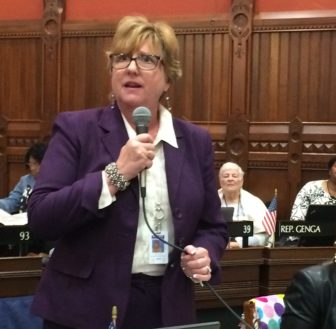 “If you listened to what they said, it was very impressive,” Markley said. “The notion is getting a job is the best thing that can happen to anyone who is on assistance, and that it’s good in a lot of ways, and it’s good for the state in terms of expenses.”

Markley said he hasn’t decided yet whether he supports the bill and is still gathering information to assess the advantages and disadvantages of such requirements.

“I have no intention of changing the SNAP program,” she said.

In regards to the Medicaid work requirements, she said, “I don’t think there’s a need for it.”

She said Medicaid expenses in fiscal year 2018 were lower than in 2014. “It’s a waste of our time, and I don’t think there’s any financial gain we’ll get from it.”

DSS’s Bremby, in his written testimony, said the department’s data shows that 72 percent of Medicaid enrollees either are employed or are children under 19, adults over 65, or persons with disabilities.

He also testified that imposing work requirements would be “administratively complex and costly” since the department would have to develop a way to track and document compliance or exemptions for more than 800,000 people.

Sen. Rob Sampson, R-Wolcott, said he supported the bill and has signed as a co-sponsor.

“I believe we should have a safety net, and there’s a certain percentage of the population we should look after and take care of,” Sampson said. “The question is who falls into that category and who doesn’t. I want to make sure we’re not taking care of people that do not need this help because it takes away from people who genuinely need assistance.”

“When you’re talking about a 30-year-old man with no dependents and no impediments physically or mentally, for example, I think their best shot at a bright future … is to actually be in a position to work and provide for themselves,” he said. “I want to inspire that as much as possible.”