Legislative season when the livin’ is … complicated

It’s legislative hearing season in Connecticut – when proposals meet counter-proposals, lobbyists work overtime, time is always running short and just about everyone wants something included in the budget.

Last week was no exception as a number of bills competed for legislative attention. Two bills that would have required Connecticut residents to have health insurance died in committee, but still have a chance at resurrection later this session.

To Gov. Dannel Malloy’s chagrin, a bill that would prohibit rifle bump stocks like the ones used to kill 58 people in Las Vegas also failed to make it out of the Public Safety committee, but similar ones came up again Friday before the Judiciary Committee. When it did, hundreds of people – including the governor — offered testimony both opposed and in favor in a marathon airing of pros and cons on the bump stock issue and the sale of build-it-yourself “ghost guns.” 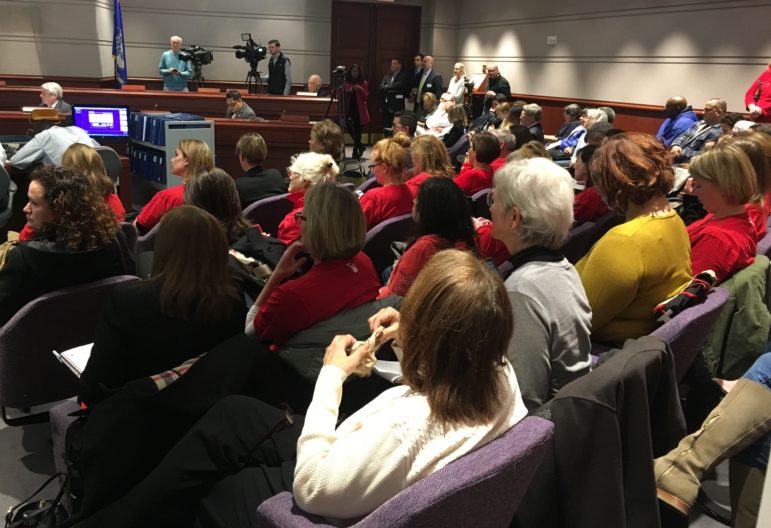 While the gun issue was brewing, Malloy put some effort into assuring the confirmation of Justice Andrew McDonald as State Supreme Court chief justice by suggesting that he would nominate Republican Judge Andrew Roraback to fill McDonald’s vacated seat.

The governor also ramped up his effort to expand the jurisdiction of juvenile courts to include offenders aged 18 to 20. 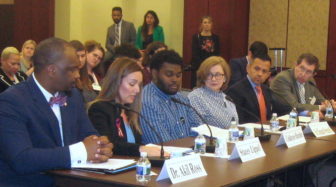 In Washington, D.C. — a few days before hundreds of thousands of young people prepared to hold a massive school safety and gun-control demonstration — Connecticut Commissioner of Education Dianna Wentzell joined other educators in opposing some of President Donald Trump’s school safety ideas, particularly the proposal to arm classroom teachers.

Saturday, Connecticut students — especially from Newtown — were at the center of huge demonstrations in Hartford and in Washington demanding lawmakers either ban assault weapons and require universal background checks or expect significant opposition come November.

Firearms are the big focus when it comes to school safety, but while officials say local school buildings are better defended against outside intruders, they have made little progress in reducing the rate of violent incidents among students.

Underlying many issues, of course, is the precarious condition of the state budget and its projected $192 million shortfall lawmakers have yet to close. The governor’s office, meanwhile, is putting pressure on some school districts for cutting their budgets too much as a way to compensate for a loss of state aid.

Speaking of the budget, Connecticut’s business community has been studying the recommendations of the Commission on Fiscal Sustainability and Economic Growth but has not agreed to endorse the package of proposals. Two policy advocacy groups also have complained about the commission’s apparent lack of transparency in its use of private consultants.

In another marathon hearing, progressive Democrats in the legislature articulated their own complaints about the commission’s proposals — mainly that they don’t adequately address some key policy issues, such as education, the state’s impoverished cities and social services. 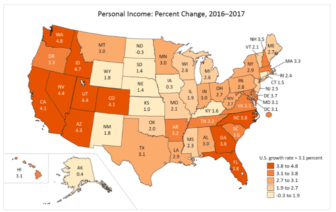 Connecticut’s languishing economy continues to be a problem, and personal income rose by 1.5 percent last year – the slowest rate in the northeastern U.S. That may improve a little now that the legislature has approved raises and better benefits for thousands of personal-care assistants who work for private clients but are paid through state programs.

Bills in favor of establishing tolls on Connecticut’s highways and providing funds for transportation narrowly cleared one committee Thursday but their fate before the entire General Assembly is not clear — especially in an election year.

Passage early Friday of a huge federal spending bill, at least, is being spoken of by Connecticut’s congressional delegation as a big boost for the state’s defense industry and — because of funding for transportation, education and healthcare — a shot in the arm for the overall economy. The law, signed Friday by President Trump, provides significant funding for child care in Connecticut — just in the nick of time.

On the political scene, New Britain Mayor Erin Stewart made a late entry into the Republican race for governor and Danbury Mayor Mark Boughton assured his GOP colleagues that his recent seizure is not an impediment to a run for the governor’s office.