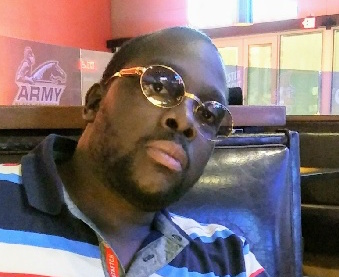 The state has agreed to pay $1.3 million to a former inmate who claimed correctional staff delayed identifying and properly treating his skin cancer, despite his rapidly deteriorating condition while incarcerated.

“I appreciate what was done for me but I feel for what I went through that I deserved more than what we settled for,” said World on Wednesday.  “But I’m thankful for that and the lawyers for doing their job to get me to that point.”

World, 39, was released from Osborn onto medical parole on May 7, after being incarcerated for about 12 years. He recently had a bone marrow transplant for skin cancer, he said.

His mother, Carrie World, said Wednesday that the settlement was a long time coming.

“I feel that they really didn’t do what I think he deserved for what he went through,” she said.  “But we’re thankful for what has been done, because he’s in a position where he can’t work and he doesn’t have any finances. It’s still a blessing.”

UConn Health managed medical care for the Department of Correction’s 13,400 inmates for about two decades until July, but the DOC ended the contract and took over the job amid growing concerns and complaints about the quality of that care.  Until last month, medical care was provided by UConn Health’s Correctional Managed Health Care (CMHC) through a contract with DOC.

“Prior to this transition our highest priority was always to provide high-quality, compassionate, humane care to every inmate within the correctional facilities, as we would with every patient,” said UConn Health spokeswoman Lauren Woods in an email. “The case that was settled by the Attorney General’s office was medically complex and involved a rare condition.  We understand that it is the state’s desire to settle this matter and we wish this patient and his family well.”

DOC spokeswoman Karen Martucci said in an email Wednesday night that the department ” is committed to the consistent, medically appropriate, and humane treatment of all the offenders under its supervision.  As we reshape our healthcare delivery system after transitioning from UCONN Health to the Department of Correction, we are focused on creating an enhanced model of services with a strong foundation of quality assurance.”

“One of the key considerations for the state choosing to settle this matter out of court, was in deference to sparing Mr. World and his family, any additional avoidable stress which a drawn-out trial may have caused,” Martucci said.

The state Attorney General’s office declined to comment on the settlement.

Wayne World and state officials signed the settlement papers this week. The settlement also stated that World owes about $700,000 to the state for his incarceration and other costs, but specifies that this money cannot be recouped through his settlement funds.

World’s attorney, Kenneth Krayeske, said World cannot work now because he’s disabled from his cancer and that he thinks it “seems highly unlikely [the state] will be able to collect on it.” World is also represented by attorney DeVaughn Ward.

World is not alone. Several others have sued the state, naming DOC Commissioner Scott Semple and other state employees and departments, over allegations of substandard health care. Last month, Keshanna Staten, the mother of 19-year-old Karon Nealy Jr., who died of a lung infection while in prison, filed a civil suit. 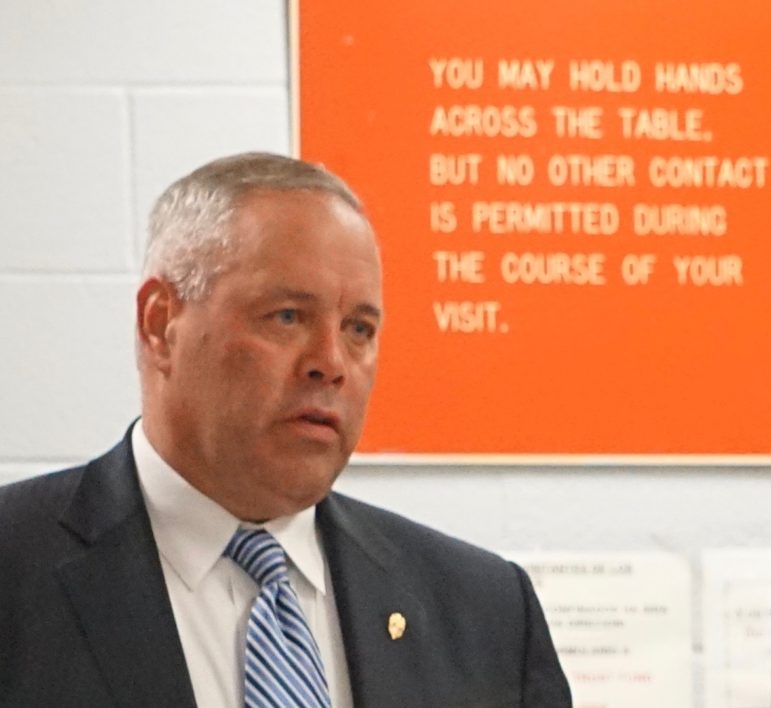 Nealy, who was known as KJ, died on July 27, 2015 at UConn Health John Dempsey Hospital while serving a two-year sentence. He was slated for release in September 2015. While suffering a slew of symptoms, including headaches, fatigue and body aches, Nealy frequently begged for medical attention, but was denied help, the suit said.

Over the last decade, hundreds of prisoners have filed complaints or suits against the department. It is hard for anyone to draw conclusions about whether these indicate systemic problems, however, because the state does not track in any searchable way the resolutions of the complaints and lawsuits.

In recent months, legislators and civil rights groups have expressed their concerns about the quality of medical and mental health care being provided to inmates.

In July, legislators grilled UConn Health and correction officials for hours, during an attempt to understand the problems that have vexed the prison health care system.

Incidents — including an inmate at the state’s lone women’s prison giving birth in her prison cell — as well as large budget cuts, lack of outside oversight, and a history of complaints have fueled these concerns.

World’s allegations were captured in the lawsuit. World was incarcerated at Osborn in March 2012, when he reported to medical staff that he’d had dark patches all over his skin since 2002, and that he had used triamcinolone cream with good results.

In April 2013, World sought another prescription of triamcinolone for his skin condition. The following month, he went to the medical ward with a skin condition resembling eczema and was prescribed hydrocortisone cream.

Over the next six months, the affected areas on his skin became lesions and blisters, and were inflamed and itching. World constantly wrote to medical staff asking to be seen by a doctor. Nurses wrote back that he was on a doctor’s list.

In November of 2013, World went to the medical unit with “welts all over neck, arms, legs, some open areas on hands and lower legs.” World told the nurse that the hydrocortisone did not work and was placed on the “MD List.”

According to the suit, the “MD List” is a list at Osborn that allows an inmate to see a primary care provider, either an advanced practice registered nurse or a doctor, within 72 hours.

Six days later, World was seen by an advanced practice registered nurse, who noted during the visit that World had skin issues since 2001. She drafted a differential diagnosis of tinea versicolor, a fungal infection, and psoriasis, a common skin condition that can cause dry skin and red patches and scaling on the skin.

The APRN ordered a follow-up visit in five weeks. World then repeatedly went to medical because his prescriptions weren’t filled.

By June of 2014, his entire body was covered with multiple clusters of dry, red scaling plaques. A request was submitted for a consultation with dermatology at UConn, for clarification of his diagnosis and proper treatment. That request was denied and it was recommended that the primary care provider perform a skin biopsy at Osborn, but no skin biopsy was performed at that time.

Later that month, World refused a biopsy at Osborn and demanded to be seen by a dermatologist. Osborn’s medical facilities were not fully sanitary or acceptable for outpatient surgery and lacked the proper equipment to perform this procedure, according to the suit.

World’s mother, Carrie World, began calling the DOC in June for information about her son. Over the the next 18 months, Carrie World called more than 20 times urging the DOC to provide better care for her son.

Wayne World continued to push for a biopsy, even after another doctor insisted that he had psoriasis, and an appointment with an outside dermatologist.

World, suffering from lesions and plaques and scaly skin across most of his body, was granted a telemedicine consult with a dermatologist at UConn Health on Feb. 24, 2015.

In March, World argued before judge that his condition and diagnosis were unknown and he needed a biopsy. After that, World was regularly wrapped in gauze and coated in topical skin creams. His skin condition made it difficult for him to sleep, as his sores would bleed through the bed sheets.

World received a biopsy in September 2015 after the deputy warden saw World in his bunk with bloody sheets. The results came back inconclusive, and a second biopsy wasn’t ordered.

In cases like World’s, the first biopsy usually comes back inconclusive, and the standard of care demands multiple biopsies to make the most precise diagnosis, according to the suit.

World was first diagnosed with cancer in October 2015, and received chemotherapy and radiation at UConn Health John Dempsey Hospital. He was eventually transferred to the Smilow Cancer Center at Yale New Haven Hospital, where additional biopsies showed that World had a more aggressive type of cancer than doctors originally believed. World received both a stem cell transplant and a bone marrow transplant at Smilow.

On Wednesday, World said no human being should go through what he went through.

“They don’t treat us like human beings,” he said.  I’ve been through a lot … it’s very upsetting. I was able to keep calm because I knew me getting upset was going to make it worse for me.”