For whom the highway tolls

The issue of tolls on Connecticut’s highways is shaping up to be a defining one for Connecticut legislators, Gov. Ned Lamont and two competing plans to improve the state’s transportation network.

Republicans are advocating their “Prioritize Progress” plan that would borrow money for transportation improvements – work necessary promote economic growth — rather than raise it from highway tolls.  Lamont, for his part, is ramping up his lobbying effort and refining his tolling proposal in a drive to win its approval. He is getting support from a coalition of construction businesses and trade organizations.

The struggle will play out in the days ahead, likely generating as many headlines as the other big issue this session – balancing the state budget. The governor has not yet weighed in on a number of expensive budgetary items like the expiring tax on hospitals; and unlike Lamont, some of his fellow Democrats are advocating for an additional half-penny increase in the sales tax to benefit low-income communities. Still unresolved, as well, is the issue of raises for Connecticut nursing home employees, but contract talks have been productive enough to postpone a threatened strike. 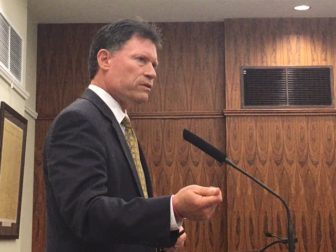 State Sen. Jon Fonfara of Hartford, the originator of the half-penny sales tax idea, is not happy about Lamont’s so-called “debt diet” either, though his means of expressing his displeasure has been termed “absurd.”

The need for borrowing, meanwhile, might be ameliorated slightly by the relatively stable flow of state income tax receipts compared to the wildly fluctuating numbers of recent history. Borrowing, when necessary, has also become a little less painful as a collateral effect of the change in federal tax policy which is driving more money into tax-free government bonds. (In the negative column, Connecticut and dozens of its municipalities are in a tug of war in court with the Trump administration, which is withholding millions in policing grants from so-called “sanctuary cities” like New Haven and Hartford.)

Lamont, for his part, is pitching his drive to make Connecticut, in his words “one of the nation’s most cost-efficient, data-informed, results-driven states.”

He is in no hurry to replace Thomas Kruger, who resigned the University of Connecticut Board of Trustees after eight years of service – part of a move by the governor to change the institution’s leadership. Lamont did, however, nominate Superior Court Judge Robert Devlin to a post on the state Appellate Court. 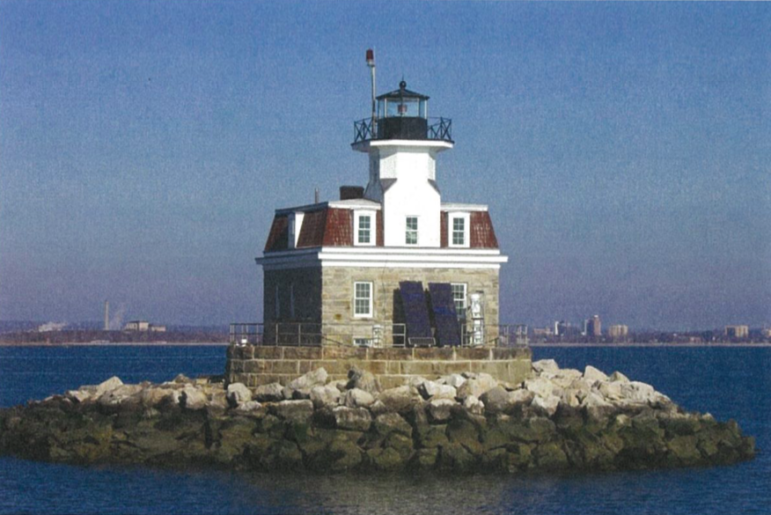 State legislators have been busy, too. In a display of bipartisanship, the House of Representatives voted overwhelmingly to authorize a referendum to allow early voting.  It also approved a list of non-controversial items such as regulations on e-scooters and a bill authorizing use of the Penfield Reef Lighthouse as a place to store cremated human remains.

The State Senate, meanwhile, approved a bill authorizing a pilot program for commercial growing of hemp.

In Washington, D.C., President Donald Trump, while defying Congress’ subpoenas and demands for more information, pointed out that at 72 years of age he is much younger than former Vice President Joe Biden, 76, the 20th Democrat to seek the nomination to run against Trump in 2020.

3 thoughts on “For whom the highway tolls”