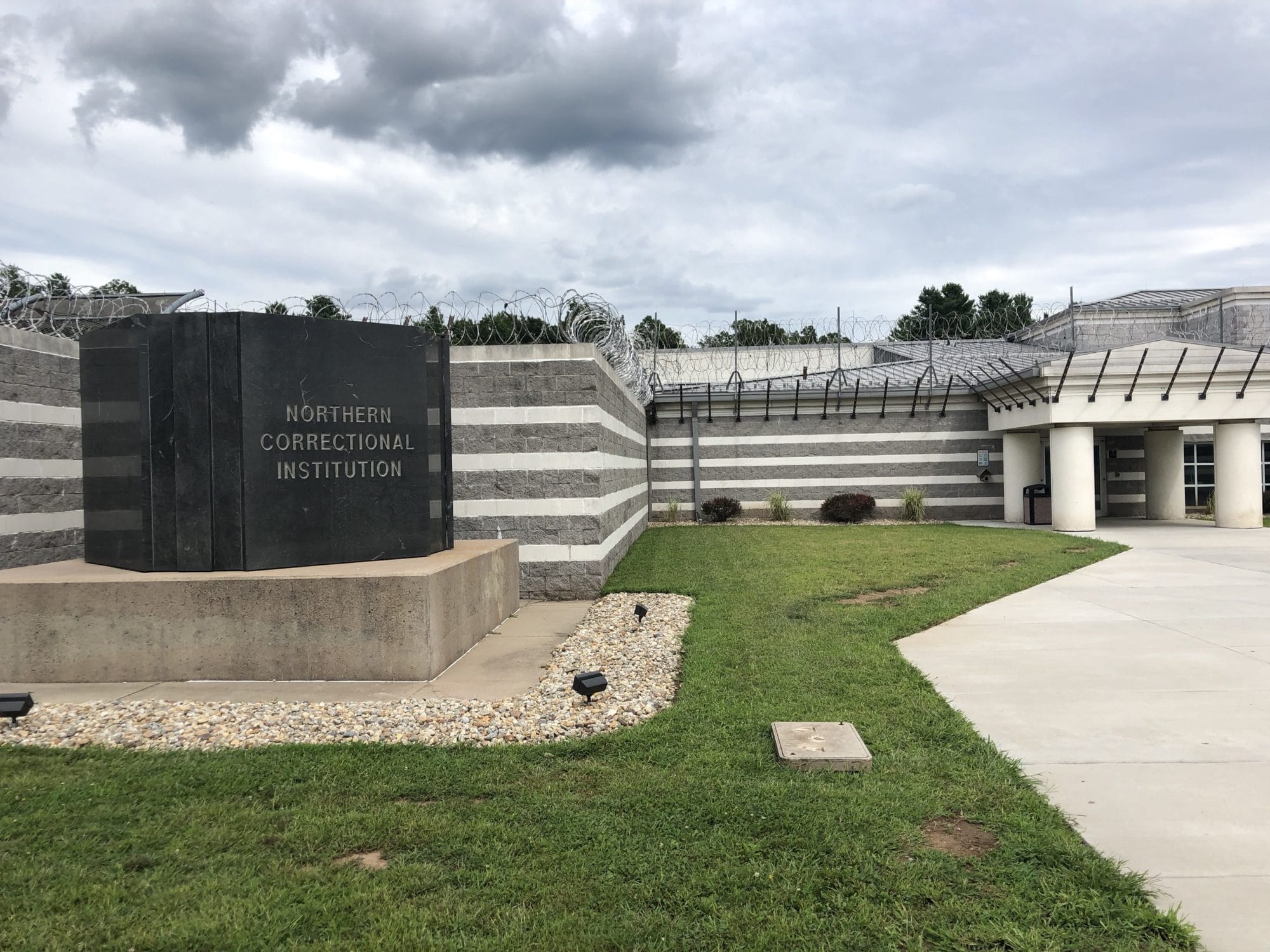 Two housing units at Northern Correctional Institution, a maximum security prison in Somers, are closed and its population is steadily declining. The DOC says it has plenty of space to quarantine inmates if necessary.

As a potential COVID-19 outbreak looms over Connecticut, advocates and experts are particularly concerned about the virus’ impact on the state’s elderly prison population.

As of March 1, roughly a quarter of the people incarcerated in state prisons were older than age 45. That’s concerning because the risk of death from COVID-19 increases with age.

“You can think of our prisons as sort of nursing homes with bars,” said Gregg Gonsalves, an assistant professor at Yale School of Public Health. “If we’re talking about a similarly aging population in our jails here, you’re talking about a carceral version of the same situation as you have in Washington State,” where the virus is spreading through elderly care facilities.

Incarcerated people are an isolated population, but new inmates, staff, volunteers or visitors could bring COVID-19 into penitentiaries with them. Correctional facilities, according to Gonsalves, are particularly bad places to be during a viral outbreak, regardless of an inmate’s age.

“You can think of our prisons as sort of nursing homes with bars.”

“Prisons push people into the path of epidemics,” he said. “It’s the nature of close confinement and tight social networks.”

The Department of Correction said it has already taken steps to protect the 12,366 inmates who live in Connecticut’s correctional facilities – and the people who work there – from a potential COVID-19 outbreak.

The agency expects to receive testing kits from its laboratory services provider on Thursday, said DOC spokeswoman Karen Martucci. Officials at all 14 correctional facilities will soon be able to test inmates for COVID-19.

The agency is also screening visitors, Martucci said. Each prison has posted flyers asking prospective visitors two questions before they’re allowed through the doors: In the last two weeks have you had a fever, cough or shortness of breath? And have you been in contact with anybody diagnosed with coronavirus, or who is being evaluated for possible exposure to it?

If the answer to either of those questions is “yes,” you won’t be permitted inside.

The screenings are part of a larger plan to protect inmates, but as the department steels itself for a potential epidemic within its secured cement walls, past blunders involving health care are creating fears the agency is ill-equipped to protect its residents.

Connecticut’s DOC does not have a good track record when it comes to preventing the spread of dangerous diseases. The state had to be placed on a consent decree in 1989 before it would test and treat inmates with HIV. More recently, the DOC didn’t start screening and treating inmates for Hepatitis C until after the department was sued.

“Litigation has kind of ushered them into bringing their medical practices up to the community standards of care,” said DeVaughn Ward, one of the lawyers representing Connecticut inmates in a class-action lawsuit over the department’s treatment of people with Hepatitis C. “This is a system that is very slow to react to emerging health risks within the inmate population.”

“This is a system that is very slow to react to emerging health risks within the inmate population.”

Those incarcerated in Connecticut’s prisons are more likely to be poor, suffer from mental illnesses or drug addictions and have fewer social supports. They’re also disproportionately racial and ethnic minorities, which means they’re more likely to die before reaching adulthood and report that they’re in poor health.

To Gonsalves, a potential COVID-19 outbreak underscores an uncomfortable reality.

“If the epidemic spreads,” he said, “the most vulnerable in our society are going to be thought of as the most expendable.”

Preparing for the worst

DOC Commissioner Rollin Cook has issued two memos updating staff about the department’s plans to limit the spread of the virus.

Initially, before Connecticut had its first confirmed COVID-19 patient, Cook asked any employee who had recently traveled to a high-risk country like Japan or Italy to immediately contact a direct supervisor.

The second memo, written in the interval between Connecticut’s first and second confirmed COVID-19 cases, froze all out-of-state work travel for employees, and announced that the agency was reviewing all previously scheduled large events. It also says the department is cleaning and disinfecting all of its penitentiaries, ensuring it has an ample supply of personal protective equipment, educating prison staff and incarcerated people on the signs and symptoms of the virus, stressing the importance of hand-washing and continuously monitoring directives from federal authorities.

Despite the national urgency surrounding the coronavirus, officials say their response isn’t unusual. They’ve employed similar strategies before, like during the 2014 Ebola epidemic.

“This isn’t new for us. We quarantine for the flu every year,” said Martucci. “We didn’t have to create a pandemic plan. This was already created.” The department’s pandemic response plan, effective since 2007, is posted on its website.

According to the plan, any inmate with a fever of 101 and a sore throat, cough and head or body aches is eligible for quarantine. Screenings will be conducted by nurses, but if there’s a shortage of them on the schedule, assessments will be completed by non-nursing health services staff. Any inmate who has the virus will be given a surgical mask and told to wear it at all times unless they’re in a quarantined unit.

“We didn’t have to create a pandemic plan. This was already created.”

Martucci said there are also plans to manage staffing shortages, a chronic problem for medical employees in the state’s prisons.

“We have the ability to change shifts in an emergency,” she said, explaining that DOC can alter roster management to schedule employees for 12-hour shifts — normally shifts are seven or eight hours — to maximize their limited resources. 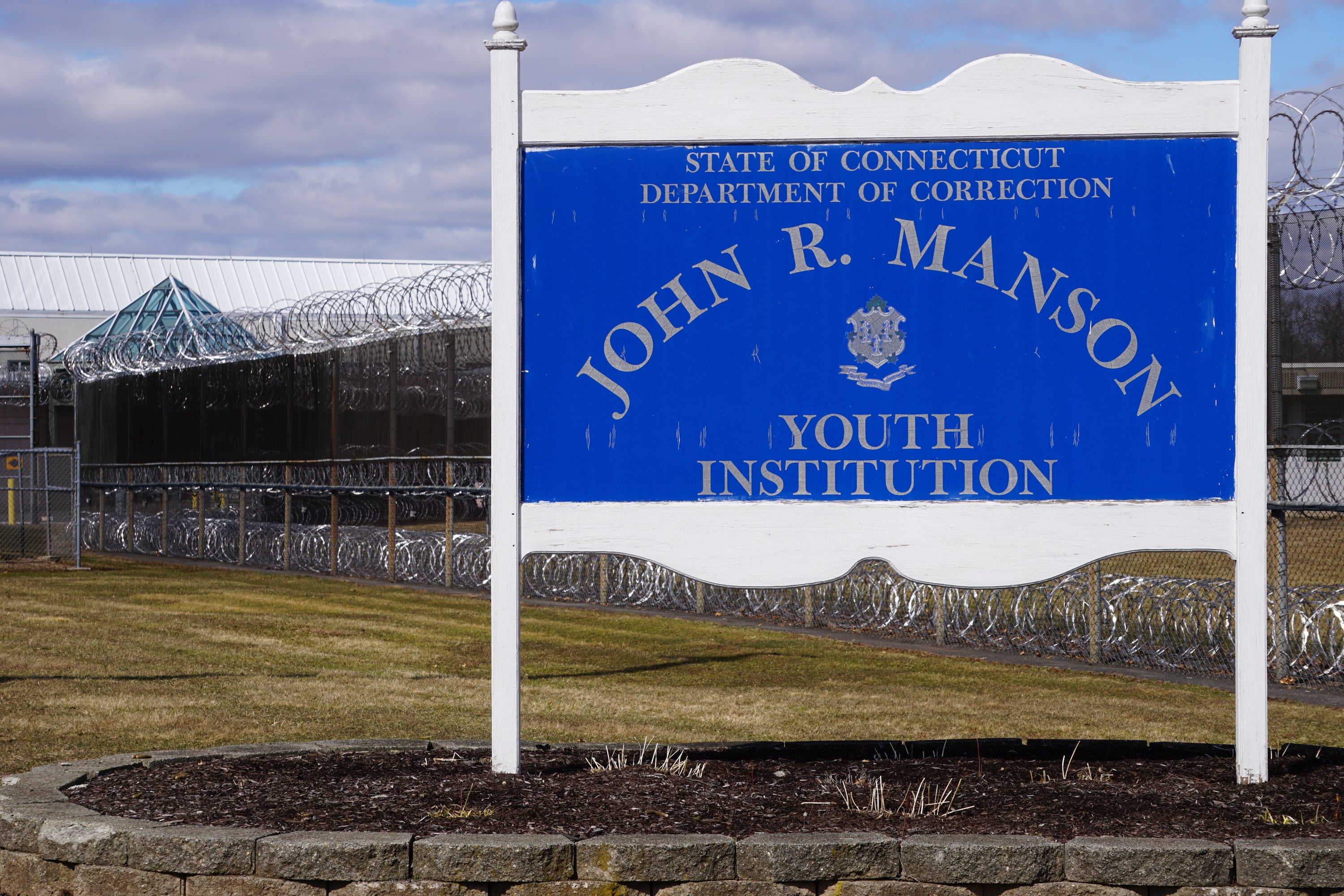 Manson Youth Institution, located in Cheshire, holds about 280 boys and young men between the ages of 14 and 21.

Debra Cruz, head nurse at Cheshire Correctional Institution, said she and other medical staff are concerned about staffing shortages. Although the union contract states they can be mandated to work up to a 16-hour shift and “after 16, we can go home,” it’s unclear what will happen if medical staff finish 16 hours of work and their replacement doesn’t show up.

“We’re all just holding our breaths and hoping this passes us by,” Cruz said.

Inmates who are infected and near the end of their sentences, or who are not convicted and post bond, will be screened by a medical professional before they are released to determine whether they can be treated at home or if they should be transferred to a hospital emergency department. Those with symptoms will not be sent to halfway houses once they’re discharged.

For those who stay inside, Martucci said the department is assessing the number of masks, gloves and surgical gowns it will need as the threat of an outbreak looms.

Inmates have constant access to a sink and soap, Martucci said, as do staff.

“We’re all just holding our breaths and hoping this passes us by.”

To make sure those who are sick get medical attention, Cook has suspended the $3 copay each inmate must pay for a medical visit.

“Although an indigent offender would always be seen regardless of their lack of funds,” Martucci said in an email, “we want to be sure that no one experiencing symptoms of illness are choosing not to be seen based on a low account balance.”

Martucci said each prison has specific sections that can be converted to quarantine the infected.

Gonsalves suggested criminal justice gatekeepers — police and prosecutors — should consider whether it’s wise to put people behind bars for minor crimes, to minimize a spread of COVID-19 due to a revolving door into the criminal justice system.

“Why arrest people and add people to the mix of vulnerable people in our jails and prisons when you don’t have to?” he asked.

Iran is taking a novel approach to preventing the spread of coronavirus within its prisons’ walls. Authorities released 70,000 people from behind bars whose furlough was not considered a threat to public safety. Martucci said that was not currently being considered in Connecticut, given the state’s declining prison population.

“For agencies facing an overcrowding scenario, I think they’re in a completely different planning phase for this,” she said. “Overcrowding is not a concern for our agency. We have space to use.”

by Lauren Weber and Laura Ungar and Michelle R. Smith, The Associated Press and Hannah Recht and Anna Maria Barry-Jester

On every level, this investigation found, the system is underfunded and under threat, unable to protect the nation’s health.

Getting workforce back to full strength will require faster, easier, and better COVID-19 tests

Healthcare leaders say widespread and frequent testing will be essential for Connecticut to keep the economy chugging along.