Prisoners will be in second round for COVID vaccine 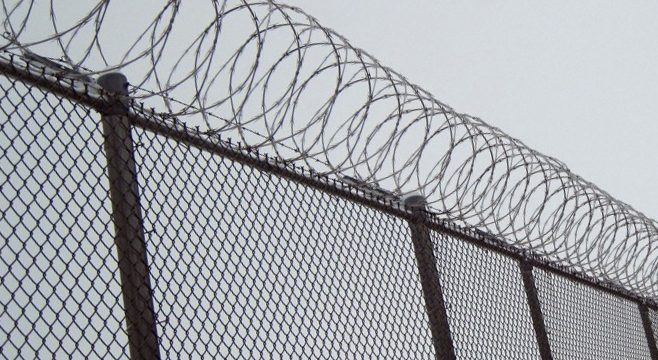 The announcement that prisoners will be in the second group of residents to get the coronavirus vaccine followed days of calls from advocates that the roughly 9,240 people behind bars in Connecticut be given the same priority as other residents living in congregate settings, such as nursing homes and psychiatric facilities.

The ACLU of Connecticut, which has twice sued the state over its handling of COVID-19 in correctional facilities, sent a letter to Lamont on Wednesday urging him to consider the incarcerated in his vaccine rollout plan.

Lawmakers are also eyeing the vaccine rollout plan as it relates to the incarcerated. In a tweet sent before the governor’s Thursday press conference on the vaccine, Sen. Gary Winfield, co-chair of the Judiciary Committee, said, “The people in our prisons live in congregate settings, have health issues of concern, and have the virus walked into their living spaces. They need the vaccine early. This is not a political question, it is a moral one.”

Lamont included prison staff and inmates in “Phase 1b,” the same tier as all congregate settings other than nursing homes, whose fatalities represent 63% of the state’s overall coronavirus deaths and are receiving a higher priority for the vaccine. Health care workers in correctional facilities will be among those in “Phase 1a” to receive the vaccine.

“Like nursing homes, they have much more likely a possibility of spread. No matter how serious our precautions, we’re finding community spread often gets into these congregate settings,” Lamont said at Thursday’s press conference.

Considering the racial disparities in state correctional facilities, vaccinating the incarcerated would disproportionately benefit people of color. Black and Hispanic people made up more than 70% of people behind bars in Connecticut as of Dec. 1.

In an interview Wednesday night with John Dankosky, CT Mirror’s director of multi-platform content, Lamont praised the Department of Correction and other state agencies for reducing the prison population during the pandemic and working to release people whose return to the community would be low risk.

The prison population has plummeted during the pandemic. There are more than 3,000 fewer people in prison and jail today compared to March 1, mostly due to a steep reduction in the number of people serving time. That reduction can be traced to a dramatic drop in court proceedings, which have largely ground to a halt during the pandemic, and people either reaching the end of their sentences or being released through parole or transitional supervision.

“We were able to get them out of there,” Lamont said. “So, there’s some extra capacity, but it is ticking up again with those facilities just like it is around the state.”

More than 1,700 incarcerated people have contracted the virus since the pandemic’s onset. Eight people have died. Currently, there are outbreaks at Cheshire, Osborn and York Correctional Institutions.

A recently published letter to the editor of the New England Journal of Medicine co-authored by Dr. Byron Kennedy, the Department of Correction’s medical director, states that about 13% of the incarcerated male population tested positive for the virus between March 13 and June 26.

Those held in Connecticut’s prisons are more likely to be poor, suffer from mental illnesses or drug addictions and have fewer social supports. They’re also disproportionately racial and ethnic minorities, which means they’re more likely to die before reaching adulthood and report that they’re in poor health.

A 2006 study found that the incarcerated are, on average, up to 15 years older, physiologically, than similarly-aged peers who are not in prison.

Fewer than 460 people over the age of 60 were incarcerated at the beginning of December. There were also more than 2,000 individuals between the ages of 46 and 60 in state correctional facilities.

After Lamont’s press conference, the ACLU continued to call on state officials to prioritize certain members of the incarcerated population in Phase 1a, which includes health care workers, emergency responders and nursing home residents who will be vaccinated in the coming weeks. Melvin Medina, the group’s public policy and advocacy director, said there are less than 250 people age 65 or older currently locked up, and that there’s an unknown number of people who have been deemed medically vulnerable by prison officials.

Both of those groups would benefit greatly from getting the vaccine sooner rather than later, he said.

“The governor’s already setting a value on certain members of the DOC population — that being health care workers — to be in Phase 1a,” Medina said. “We’re just saying add another 234 people who are 65 and above, and anyone in the facilities who DOC has identified as medically vulnerable.”

Gifford acknowledged that some of the categories mentioned in the briefing were “very broad,” and that officials will continue to work to come up with the best plans for how to prioritize vaccinations within the categories.

“Our Department of Correction has done a really excellent job in keeping both offenders and staff safe, and we’re all continuing to work very hard with testing, and quarantine and isolation,” she said. “But we understand the nature of the risk there, and will continue to work on further prioritization within those categories.”