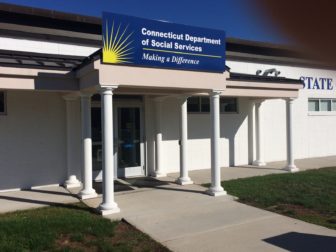 The mainframe computer system underpinning operations at the state Department of Social Services is so old, there are few people left who know how to fix it.

The 27-year-old system has been blamed for stymieing the department’s ability to handle applications for food stamps, Medicaid and other programs that together serve nearly 1 million people. It can’t communicate with the automated system most people now use to apply for Medicaid through the state’s health insurance exchange, so Medicaid applications must be manually entered by a state contractor, sometimes delaying clients’ ability to fill prescriptions or get medical appointments.

The computer system, known as EMS for “eligibility management system,” is older than some of the people working on the multiyear, multimillion-dollar project to replace it.

The replacement, known as ImpaCT, will go live today for clients in the Middletown area, a test run designed to identify any issues before the system rolls out statewide next year.

Remember COBOL? Neither do enough techs at DSS

And while it’s designed to improve the process of applying for and renewing coverage, the new system won’t eliminate the need for one big workaround, the manual entry of data for at least some Medicaid applicants.

What to expect today

ImpaCT is the final piece of a major modernization process that has included online accounts for clients, a switch from paper to digitized documents, and creating centralized call-centers. ImpaCT’s development and build is expected to cost $258 million, 87 percent of which will be reimbursed by the federal government.

An earlier phase of the department’s modernization effort, the 2013 move to a centralized call center system, came with significant challenges, including long phone wait times.

DSS officials say there could be delays in the offices and call centers as ImpaCT launches, as workers get used to the new system, but they said they have plans to address it, including having more staff available for clients in the office and moving calls around in the call centers.

As for the system itself, Project Director Matthew Robertson said it’s been in testing since September 2015 and he doesn’t anticipate catastrophic issues.

“There will be growing pains. That’s pretty standard, especially with something this large and complex,” Robertson said. “But I think we’re feeling very confident with regard to the platform and the quality.”

Tuesday’s launch is in just one region of the state – the Middletown area, which includes about 75,000 clients, or approximately 8 percent of the caseload.

If all goes well, the system would launch in the Bridgeport, Stamford, New Haven, Danbury and Torrington regions in January, followed by the Hartford, Manchester, New Britain, Norwich, Waterbury and Willimantic regions in March. But that timeline could change depending on how well the system performs in the initial phase.

Many of those who have worked with DSS or clients have long awaited a replacement for EMS. Jim Haslam, a staff attorney at Connecticut Legal Services, said he’s cautiously optimistic that the new system will make the department’s operations more efficient, once it’s in place.

“With any new roll-out of anything, I worry about what that transition’s going to look like,” he said.

Last week, for example, Haslam had a client whose benefits were cut off because the department had not processed his renewal forms in time. It was resolved, but it took several days to have his benefits restored because the worker handling it was bogged down with work for the ImpaCT transition, Haslam said.

What the new system will do

Unlike the 2013 launch of the call centers and the online accounts, ImpaCT will be less visible to clients. Still, those working on the project say it’s intended to make improvements that clients will notice. Those include:

The system is also intended to help workers be more efficient. Currently, eligibility workers must manually calculate clients’ wages, for example, while the new system will be able to do that.

The new system won’t fully eliminate another manual process, however.

Most Medicaid applications now come through the state’s health insurance exchange, Access Health CT, which shares an automated eligibility system with DSS. The system determines if they qualify for Medicaid – known as HUSKY – or should purchase private insurance. The system is also used for people renewing their coverage.

But that system can’t communicate with EMS. Instead, information gets sent in the form of PDFs to Xerox State Healthcare, a state contractor, where workers manually enter the applicant’s information into EMS.

People are considered covered by Medicaid as soon as the automated system deems them eligible. But until their information is entered into EMS, they don’t get a HUSKY card. And in some cases, delays in the EMS data entry have caused people to wait weeks for a HUSKY card, and struggle to get prescriptions filled or doctor visits scheduled.

Unlike the system it’s replacing, ImpaCT will be able to receive information from the exchange system.

“We anticipate a significant reduction in the PDFs that have to be entered separately,” Robertson said.

But that won’t eliminate the need for manual data entry in all cases. Sharon LaFargue, the project’s business lead, cited cases in which a child has parents who live in different households. The new system won’t have the capacity to determine which household the child should be classified in.

“So while I would love [the PDFs] all to go away, I don’t know that it’s ever a possibility because people’s households can be complex and we can’t accommodate for every situation,” she said.

DSS spokesman David Dearborn said the number of Xerox staff working on the data entry is expected to drop as the new system rolls out statewide.

“That said, we can expect a small volume of data transactions that will not be able to be automatically loaded into ImpaCT,” he said. “DSS staff and Xerox are preparing to support that effort.”