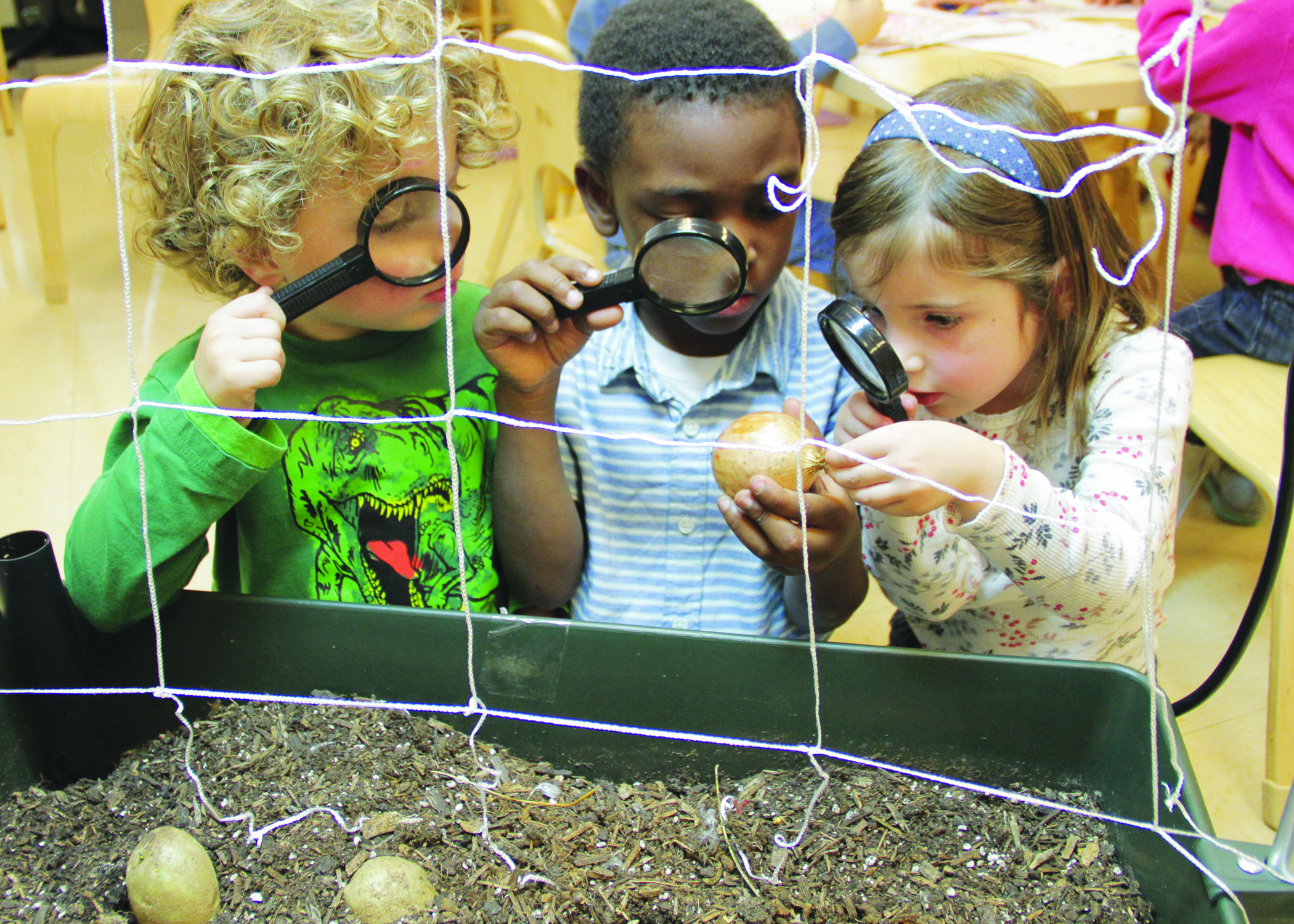 Students at CREC Academy of Aerospace and Engineering Elementary School in Rocky Hill, one of many magnet schools that draw students from diverse backgrounds

Twenty years after the Connecticut Supreme Court ordered the state to eliminate the inequities caused by the isolation of black and Hispanic students in its capital city, data released Thursday show that the majority of Hartford’s children still attend segregated schools – though not as many as last year.

Last school year, 12,304 city residents were attending schools where more than three-quarters of the students were black or Hispanic. This school year, 11,585 city students are in segregated schools. That’s 54 percent.

“The latest numbers show that more Hartford students than ever before are attending school in diverse settings, a testament to the hard work of all partners and a clear sign that we are making good on our promise to improve educational outcomes for Hartford resident students,” State Education Commissioner Dianna Wentzell said in a statement. “We remain committed to working with our partners to create greater equity in Hartford schools by placing as many Hartford students as possible in reduced isolation settings.”

Whether the state will fund additional integration initiatives in the coming school years remains unclear.

When the Connecticut Supreme Court ordered the state in 1996 to eliminate the segregated schools in Hartford, they left it up to state lawmakers and the attorney general’s office to negotiate with the plaintiffs on how that should be done.

The main tool to date has been opening regional magnet schools with specialized learning themes to entice suburban middle-class white students to attend schools with city residents. Attempts to get suburban districts to enroll city students have moved at a snail’s pace.

Leaders struggle with next steps in desegregating schools

A stalemate in desegregating Hartford schools60 years after Brown vs. Board of Education: Still separate in ConnecticutSchool desegregation: Will focus shift from magnets to suburbs?

The most recent agreement –approved by Judge Marshall K. Berger, Jr. in June, and agreed to by the lawyers representing the state, the city of Hartford and the parents who brought the Sheff vs. O’Neill case – essentially puts the state’s previous desegregation approach on autopilot by providing funds so existing magnet schools can add grades to enroll more students.

When magnet schools open, enrollment typically is phased in through adding grades over several years.

Thursday’s announcement shows that the increase in students attending diverse schools is almost entirely attributable to the 750 additional students attending magnet schools that have either expanded enrollment or are now considered integrated. The court agreement from June permits the state to count four magnet schools as integrated that fell less than 1 percentage point short of the integration standard that says a school is not integrated if more than three-quarters of the students are black or Hispanic. That change allowed 817 minority city students to be counted as attending diverse schools in this year’s calculation.

Efforts to enroll 300 more city residents in high-performing nearby suburban schools fell significantly short, with an increase of 64 city students over the previous year.

With existing schools nearing capacity, it’s now up to state officials to decide what’s next.

In June, Democratic Gov. Dannel P. Malloy said he doesn’t believe the state has an obligation to further integrate Hartford’s schools, so much has changed since that lawsuit was filed and the state should focus its efforts on improving existing schools. On Thursday, his spokeswoman said the governor’s position has not changed.

Frustration with the state’s approach to desegregating schools has been mounting for years in some quarters. Each year thousands of students are left on wait lists for magnet schools, and some parents and educators are uneasy as they see huge sums going to magnet programs while programs and staff are cut at their neighborhood schools.

Those involved in the ongoing desegregation case attempted to negotiate an agreement last fall, but attorneys representing the state were adamant that it won’t fund any new magnet schools in the Hartford region and the legislature has placed a moratorium on spending state money for new regional magnet schools elsewhere.

After reaching a one-year deal that allows existing magnet schools to phase in new grades this school year, attorneys representing the state and Hartford students have been trying to negotiate the next deal for months. Former State Education Secretary Theodore Sergi is mediating.

“The plaintiffs are well aware that the series of short-term stipulations has left us treading water in our continuing efforts to provide a quality, integrated education for Hartford’s children,” said Attorney Martha Stone, who represents the students who brought the case. “We agreed to the prior stipulations in the hope that the state would ultimately adopt a long-term, sustainable, and cost-efficient expansion plan that serves a significant majority of Hartford students. We are still hopeful that the current mediation process will produce such an outcome,  and if not, we have always reserved our right to return to court in case the mediation process fails.”

While this lawsuit just affects the Hartford region, minority isolation in the state’s other large cities has intensified over the years. In Bridgeport, for example, the percentage of minority students in public schools has risen progressively from 51 percent in 1968, to 84 percent in 1988, to 88 percent in 2015.

Connecticut comes in 13th and 14th place, respectively, for the most segregation of its black and Hispanic students in public schools, reports UCLA’s Civil Rights Project.