Judge alarmed state has no plan to further desegregate schools 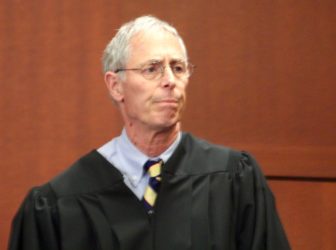 Twenty-one years after the Connecticut Supreme Court ordered the state to integrate Hartford’s schools – and told legislators and governors to put it “at the top of their respective agendas” – the Superior Court judge overseeing compliance with the order is troubled the state has no plan to integrate city schools that remain segregated.

“There is alarmingly no real evidence or an indication of a plan for the future,” Hartford Superior Court Judge Marshall Berger ruled this week in a decision that, as expected, rejected the state’s effort to fill empty seats in the Hartford region’s desegregated magnet schools with more black and Hispanic students from Hartford.

Seventy-five percent black and Hispanic enrollment has been the upper limit allowed for a school to be deemed desegregated. The state wanted to raise the limit to 80 percent.

“Further isolation – particularly, without any defined plan for the future –constitutes irreparable harm for which there is no adequate remedy at law. Furthermore, equity cannot favor more segregation,” Berger wrote in a 12-page decision.

With more than half of Hartford’s school-aged students still attending schools where more than three-in-four students are black or Hispanic, negotiations on how to make further progress between the administration of Gov. Dannel P. Malloy and attorneys representing the group of Hartford parents that successfully sued the state in the landmark Sheff v. O’Neill case have been at a stalemate for some time.

The main approach to date has been to open themed magnet schools in the city and surrounding schools to attract white, suburban students to attend schools with minority students from the city.

Another 2,157 Hartford residents – 10 percent – are bused to nearby suburban schools.

Both of these approaches, however, are expensive – especially opening new magnet schools – and Connecticut lawmakers are facing major budget deficits.

60 years after Brown vs. Board of Education: Still separate in ConnecticutSchool desegregation: Will focus shift from magnets to suburbs?State pushes to end court oversight of Hartford school desegregationLeaders struggle with next steps in desegregating schools

But fiscal pressures, attorneys for parents in the case argue, aren’t an adequate excuse for failing to meet the state’s constitutional obligation to provide students with a desegregated education. And so they have also asked Berger to order the state to further implement the Supreme Court’s desegregation order.

No date has been set yet for when that motion will be heard. Neither are any further meetings scheduled between the parties on how to move forward.

The judge in his ruling this week was clearly frustrated that attorneys from both sides cannot find a solution without his intervention.

“The parties inability to reach a mutually agreeable resolution of this problem is perhaps the result of a breakdown in communication between the parties to a degree that has not existed in prior years,” he wrote. “There is no indication that the parties worked together, as they have in the past.”