Session winds down, candidates wind up 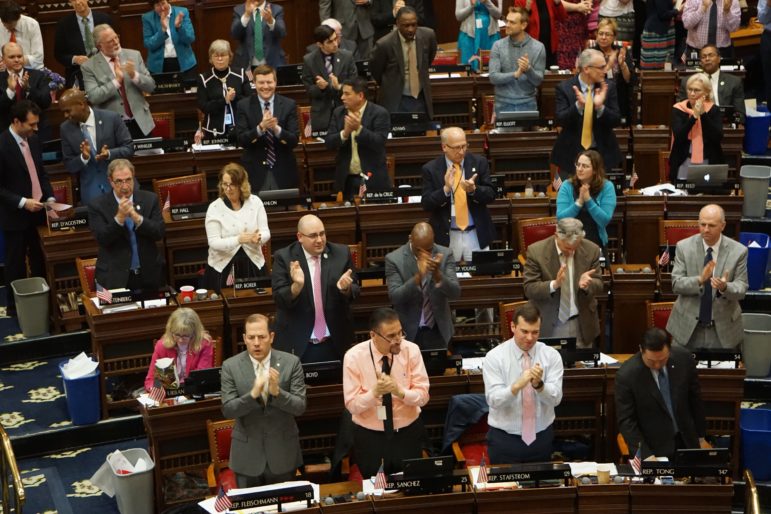 It’s all over but the self-congratulation.

The Connecticut General Assembly ended its 2018 session on schedule Wednesday by passing a $20.86 billion budget that restores aid for towns; reverses health care cuts for the elderly, poor and disabled; and defers a transportation crisis for another year.  The new spending blueprint took advantage of surging and unanticipated tax revenues, but is projected by analysts to run a $2 billion deficit in 2019 and a larger one the year after that.

Despite some striking differences between parties about the future of collective bargaining (no pun intended), the bipartisan budget was the most significant achievement of the session’s last days, but not the only one:

The passage of the budget eases some serious economic problems, but the Board of Regents for Higher Education says it will not prevent the economic disaster facing the Connecticut State Colleges and Universities.

The legislature did not do everything its members wanted. Most notably, perhaps, the Democratic majority was not able to deliver bills providing a higher minimum wage, paid family medical leave or an overhaul of state laws on sexual harassment in the workplace.

Confronting political differences is what the legislative session is all about, of course, and Malloy closed the curtain on the season with a joke acknowledging his standing as one of the nation’s least popular governors:

“Let me say this, I’ve had strong working relationships and friendships with a number of people in this hall on both sides of the aisle,” Malloy said. “For those of you who don’t fall into that category, I look forward to coming to your districts and campaigning for you.”

There was a somber moment last week, too: The death at 80 of former Lt. Gov. Eunice Groark, the first woman in Connecticut to become lieutenant governor.

Friday, as their convention got underway at the Foxwoods Resort Casino, Connecticut Republicans nominated Manny Santos, the former mayor of Meriden, to run for the open seat in the 5th Congressional District, but Ruby O’Neill, a founder of the National Latino Republican Coalition, will probably challenge him in a primary.

Nearly every candidate nominated at the convention will still face a primary, in fact — especially Danbury Mayor Mark Boughton, who, on the third ballot, won the gubernatorial nomination. As many as four other people are considering a primary.

Three people want the party’s nod for lieutenant governor after State Sen. Joe Markley of Southington won the Republican endorsement but faces a primary against New Britain Mayor Erin Stewart, who had lowered her sights from the gubernatorial race, and Darien First Selectman Jayme Stevenson.

Susan Hatfield, a state prosecutor from eastern Connecticut, won the endorsement for attorney general, but she will probably be challenged in a primary by former state Rep. John Shaban of Redding.

Retired investment executive Thad Gray of Salisbury also may face a primary for state treasurer after besting state Sen. Art Linares of Westbrook by only 14 votes. Also on Saturday, the convention endorsed Seymour First Selectman Kurt Miller as its nominee for comptroller.

Corey said he is happy to make his race a referendum on President Donald Trump, while Murphy, along with his fellow members of the Connecticut congressional delegation, this week condemned Trump’s decision to pull out of the Iran nuclear agreement. 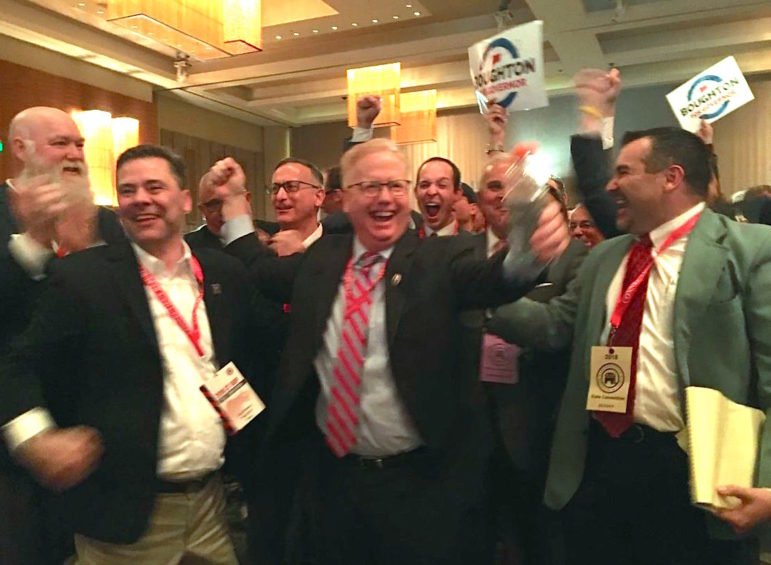