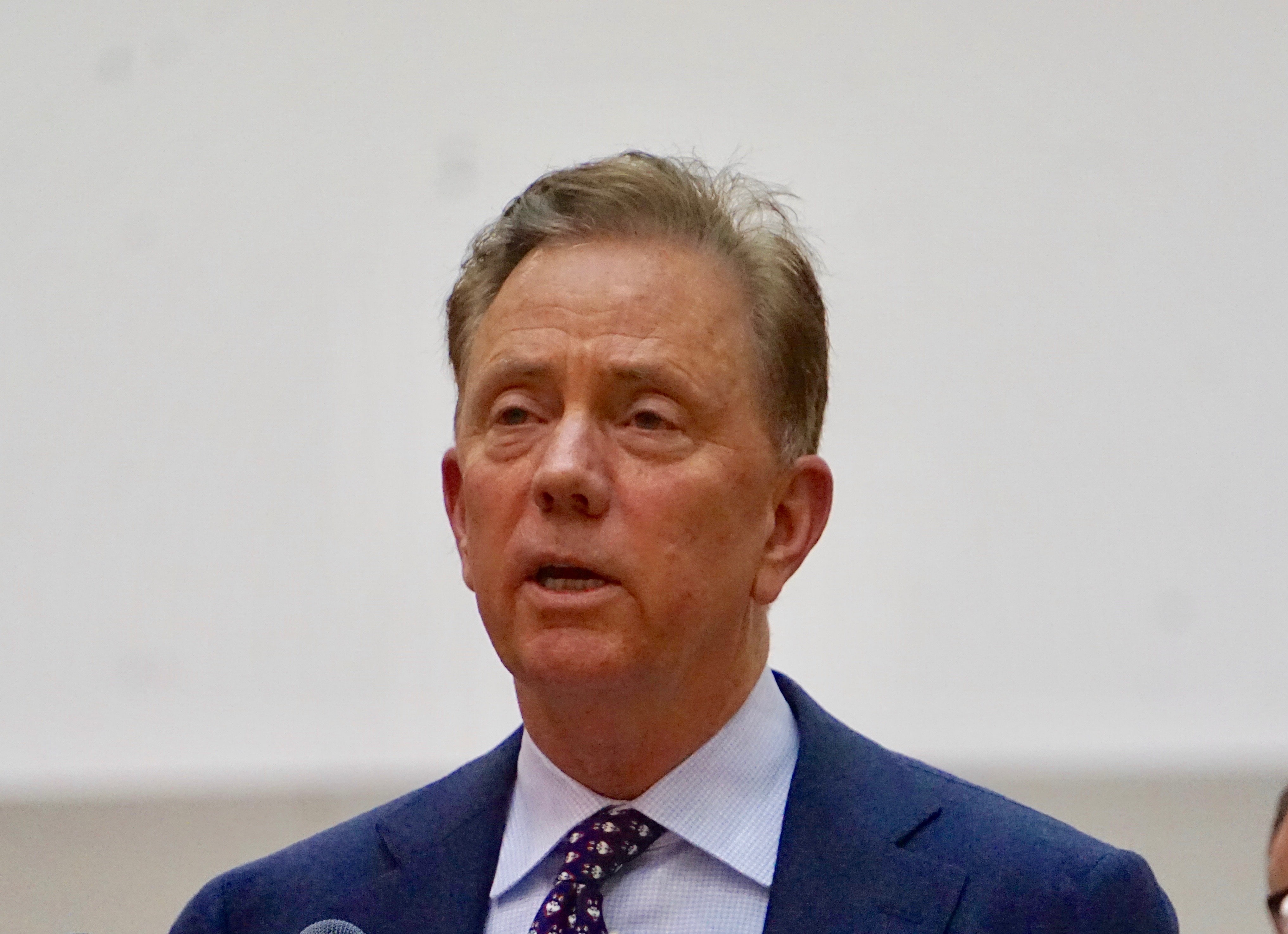 Gov. Ned Lamont delivering his daily briefing in the drill shed of the State Armory.

After a week of pressure from a state lawmaker, criminal justice advocates and family members with incarcerated loved ones, Gov. Ned Lamont said Tuesday he is not considering releasing inmates who are near the end of their sentences to spare them from a potential outbreak of COVID-19 behind bars.

“We do have extra capacity [at] our correctional facilities right now,” Lamont said at his daily briefing. “We are going to do everything we can to make sure that anybody who may be at risk of being a carrier is segregated or quarantined in a separate area. That’s going to be my priority before we have to think about releasing anybody.”

Authorities in more than a dozen states, including New York, have sent incarcerated residents home. Lamont said he was aware New Jersey officials had ordered more than 1,000 people released in an effort to limit the virus’ reach.

“It is something we’re watching,” said Lamont.

The virus has already entered the state’s criminal justice system. A Department of Correction employee at Garner Correctional Institution has tested positive for COVID-19, and the Judicial Branch announced that a marshal assigned to the Litchfield Judicial District courthouse is also infected. A potential spread gives authorities limited time to prevent an outbreak in the state’s prisons and jails — confined, secure spaces where it is tough for staff and inmates to practice social distancing, and which house many elderly and medically vulnerable individuals.

“People who have family members on the inside, their anxiety is increased by all of this,” said Sen. Gary Winfield, Judiciary Committee co-chair who recently asked the DOC a series of questions on their plans for releasing prisoners should an outbreak occur.

“What we need is a rapid escalation of releases, and a coordinated government response,” said Melvin Medina, public policy and advocacy director of the ACLU of Connecticut.

Medina said Lamont has outlined plans for how to protect businesses, communities and students from COVID-19, but has not articulated a strategy for keeping the state’s incarcerated population safe.

Medina called on the governor to issue a plan on how his office, the Department of Correction and other agencies like the Departments of Housing and Public Health can work together to protect the lives of the medically vulnerable who are currently incarcerated.

In a statement, the governor’s spokesman said the administration has taken proactive steps across all of state government since the pandemic began.

“The Connecticut Department of Correction has played a vital role in those efforts to ensure the health and well being of incarcerated individuals and staff at DOC facilities,” Max Reiss said, noting that correctional facilities have been disinfected and cleaned regularly, that available capacity has been identified that could prove vital in preventing an outbreak, and that authorities have taken steps to ensure those released from state prisons have somewhere to go once they’re discharged. “All lives across Connecticut are important during this crisis, not the least of whom are in the state’s care.”

Karen Martucci, DOC spokeswoman, suggested in an email that the drop in the prison population was due to routine releases and because of a reduction in the number of people entering the system.

“COVID-19 related messages to stay safe/stay home, coupled with business and restaurant closures (reduction in community activity) has reduced the intake side of the population,” Martucci said.

The DOC announced Tuesday afternoon it is continuing to follow standard protocols for releasing people back to their communities. The DOC’s Community Release Unit, Parole and Community Services Division and Board of Pardons and Parole are working collaboratively to release people who have a home plan, so as not to strain homelessness resources. The department’s Reentry Unit is working with the Hartford Reentry Center, the Connecticut Coalition to End Homelessness and other community partners to find alternative ways to connect people to housing supports.

Each month, the DOC releases about 60 people at the end of their sentences to homelessness. Richard Cho, the CEO of the Connecticut Coalition to End Homelessness, said the state has made available $162,000 to put end-of-sentence inmates up in a hotel or provide them with rapid rehousing services.

“It’s a drop in the bucket compared to what’s coming down the pike,” Cho said, estimating the money would help about 50 people to secure housing. “After that, I don’t know what we’re going to do.”

Because homeless shelters are not taking on many new admissions right now, Cho said, “we have to figure something out, or these people are going to be on the streets.”

The DOC’s plans are subject to change rapidly.

“In the event the Department of Correction experiences an emergent widespread outbreak of COVID-19 and our facility pandemic plans for quarantines are fractured,” a DOC press release notes, “we are prepared to expand our release options with careful considerations associated with public health and public safety.”