A week that made the one before seem not so bad

State officials thought they had a budget crisis before. This week they found out what a real budget crisis looks like – all $1.46 billion of it.

The projected deficits for the next two years are so massive that legislators said they cannot rule out an income tax increase, including one on wealthy households, despite the fact that it is widely believed to be an economically (not to mention politically) risky move.

And while struggling to come up with a strategy for countering major erosion of state income tax receipts, Gov. Dannel P. Malloy stepped up the pressure on state employee unions to come up with some significant wage and benefit concessions.

At the same time, the governor said the legislature’s proposals to overhaul the state’s school funding system – one that has been declared unconstitutional and irrational in court – are so far inadequate for the task.

How the state hopes to balance its budget and still come up with aid for its capital city, which is facing insolvency, is anybody’s guess.

The severity of the crisis might be measured by the Democratic legislature’s uncharacteristic interest in having open and televised budget talks with Republicans.

It was a bad week for the state’s finances, but a good week for women – four of whom the governor nominated for positions of power and influence as appellate judges, head of consumer protection, and for reappointment as consumer counsel. 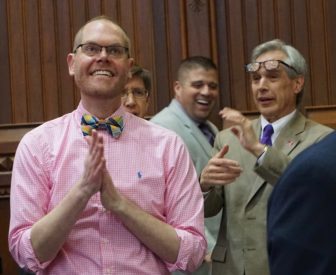 And when legislators are having a rough week, they sometimes like to do something that feels good – like voting overwhelmingly to ban gay “conversion therapy” – the discredited practice of trying to change the sexual orientation of young homosexuals.

Another form of solace might be that they are not the only politicians and public officials behind the eight ball.

The Hartford region’s magnet school system was put on the defensive after a Hartford Courant investigation and state auditors’ disclosures that one highly regarded school had been letting a large percentage of its student applicants bypass the lottery system designed to insure fair access for all. State education officials urged the public to maintain confidence in the system as this year’s lottery approaches.

Public school officials also were back on their heels in the face of wrath from the State Board of Education over the high rate of suspensions being imposed on pre-schoolers, first- and second-graders.

In Washington, Connecticut’s all-Democratic congressional delegation was on the short end of the stick Thursday when the Republican-dominated House of Representatives finally approved a bill to replace Obamacare. U.S. Rep. Elizabeth Esty’s characterization of the measure: “Appalling.” 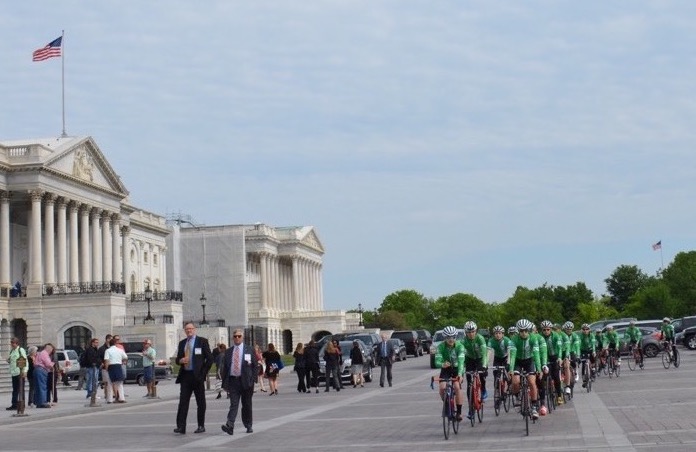 Members of Team 26 bike past the U.S. Capitol Thursday at the start of their ride to Newtown to build support for tighter gun laws.

Sen. Richard Blumenthal went on the offensive when he joined a group sponsoring a bill to block President Donald Trump’s plan to consider allowing offshore drilling in the Atlantic. He also went after FBI Director Richard Comey at a Senate hearing, asking him whether there was anything he regretted about his handling of the investigation of Hillary Clinton’s email.

Blumenthal, along with fellow Sen. Chris Murphy and U.S. Rep. Rosa DeLauro, D-3rd District, were at least able to win a 30-day stay of the federal government’s plan to deport Guatemalan immigrant Luis Barrios of Derby, a father of four who has become a symbol for what Democrats say is the wrongness of the Trump administration’s immigration policy.

Barrios, of course, isn’t the only immigrant in Connecticut affected by the new federal policy.

The members of Team 26 — the Connecticut bicyclists who campaign for better gun control laws in memory of the mass shooting at Sandy Hook Elementary School — showed their disdain for Congress’s failure to take up their cause by riding away from, rather than to, Washington, D.C., in their annual pilgrimage this year.