As if Connecticut’s and Hartford’s budgetary troubles weren’t enough, the mood darkened further last week with news that Aetna is in talks to move its headquarters out of Connecticut.

Even an offer from Gov. Dannel Malloy to match any incentive by any other state seemed to have little impact on the company’s resolve to leave the city where it has been headquartered since 1853. 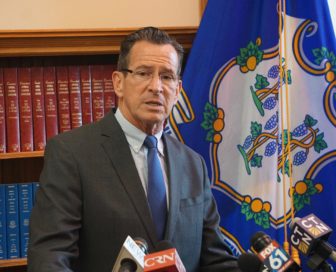 Aetna CEO Mark Bertolini said Friday the move would have “minimal impact” on most Hartford employees, but the news of his disenchantment with Connecticut’s capital in favor of New York or Boston was another disheartening development in a state where there has been little encouraging news.

For example, Connecticut is among a number of states in danger of losing all the insurers who participate in its Affordable Care Act exchanges – a development that would leave tens of thousands of residents scrambling to find coverage without a federal subsidy.

Then there is the state’s $5.5 billion budget crisis, looming over every government agency and legislative decision like a tidal wave. The latest measure to prevent Connecticut from capsizing in a sea of debt was proposed Wednesday by Senate Republicans. They want to change state labor laws to give the budget a $2.2 billion boost. The state’s labor unions, for their part, launched a counter-offensive, accusing state officials of kowtowing to the rich by not imposing higher taxes on capital gains.

Legislative leaders agreed that the various parties are so far apart that there will be no budget approval when the General Assembly’s regular session expires June 7. And Gov. Dannel Malloy has warned legislators that they should not force him to run the state without a budget come July. On a very close vote, the legislature did manage to approve a plan to resolve this year’s $317 million deficit. But Republicans say they are unlikely to back a new budget that extends costly employee benefits five more years.

Some legislative business is being concluded, however, in one case with considerable drama when the state House took a rare and close roll-call vote to appoint Barry F. Armata as a Superior Court judge. In the case of closing Connecticut to the use of a smartphone app to check eyes and renew contact lens prescriptions, the vote was unanimous.  So was the vote to loosen high school graduation requirements.

The state Senate also voted unanimously to mandate continued health insurance coverage for childhood immunizations, contraceptives and women’s health services in the event Obamacare guarantees are replaced by the American Health Care Act. The governor, however, trying to show support for the insurance industry, was unhappy with a provision to open a 30-day window for uninsured women to obtain coverage after they become pregnant.

Passage of a bill to set up electronic tolls on Connecticut’s highways was anything but certain, though, hence postponement of that debate and vote. Republicans put on the brakes fearing the toll revenue, though at least two years off, would not be used to improve the state’s aging transportation network.

The years-long push to give undocumented college students access to financial aid also fizzled when the Senate tabled debate on the issue late Friday.

State environmental groups vowed to keep up their efforts to reduce greenhouse gas emissions; but Gov. Malloy used much harsher language in condemning Trump’s decision, calling it “the death warrants of individuals who will die because we will not make progress on climate change.” He and several other governors subsequently joined the United States Climate Alliance created by former New York Mayor Michael Bloomberg.

Dodd, co-author of the Dodd-Frank law, was among the Democrats condemning Republican plans to gut the legislation intended to reform Wall Street’s behavior and prevent another financial collapse like the one in 2008. 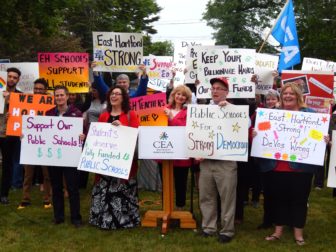 East Hartford teachers, meanwhile, were steaming over U.S. Department of Education Secretary Betsy DeVos’s use of a critical anecdote about their schools to advance her agenda.  Joined by U.S. Rep. John Larson – a former East Hartford teacher himself – they roundly condemned as “wrong” DeVos’s criticism of their system based on a story about a student who graduated 17 years ago.

A Connecticut court, however, will be left to answer a more complex educational question: What percentage of minority students can a system have and still be “integrated?” Is it 75, 80? For the purposes of desegregation, the governor’s office wants the latter.

The week closed with a little good news, at least. United Technologies completed work on a major expansion of its East Hartford campus. 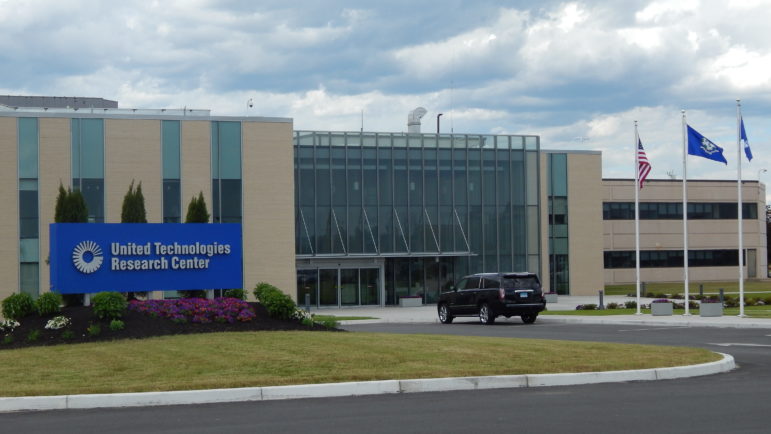