When the government stops, temporarily, or has already done enough

Connecticut residents woke up Saturday morning to a partial government shutdown when parties could not come to terms to keep it open. The impact will not be immediately felt everywhere, but will deepen as time without an agreement grows.

“Think of it this way:…,” tweeted Connecticut Democratic Sen. Chris Murphy, who voted with his party to oppose the continuing resolution that would have funded the government briefly. “… all Dems want is status quo: toddlers keep their health insurance, health centers don’t lose funding, disaster areas restored, kids don’t get deported. Why is that hard?”

Some things just are, it seems.

For instance, the state’s obligation to educate its children was given new definition last week with a landmark ruling by the Connecticut Supreme Court found that, despite what many claim, the state is providing students in its most impoverished school districts a minimally adequate education as required.

The court’s interpretation of the state constitution came as a disappointment to poor and mostly minority communities like Bridgeport, who assert the legislature has not done enough to direct educational funds and resources their way — and may not in the future. 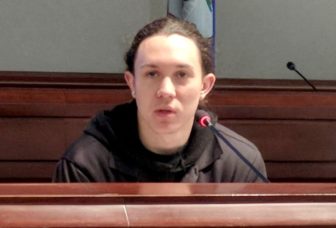 Christian Cruz was one of several foster children who spoke at a recent hearing.

Money is at the center of many issues, of course, and in Connecticut’s case the financial issues were in iterations both large and small.

Personal income growth in the state has been low – only 0.6 percent between 2007 and 2017. And while a surge in tax receipts caused by new federal tax legislation will help the state’s budget reserve, its overall financial blueprint is still out of whack. That’s why Gov. Dannel Malloy, in a largely symbolic act, vetoed the legislature’s restoration of funding for the Medicare Savings Program, saying lawmakers need to address a projected $224 million budget shortfall as well. (Actually, by Friday, the shortfall had become $240 million.)

Connecticut and its citizens must still deal with several other phenomenon created by the new tax law, including a possible tax break for parents who put money aside for private K-12 schools. Tax deductions for alimony payments are also ending under the new law.

State government and hospitals, meanwhile, continue to disagree over a new taxing arrangement intended to leverage federal funding to benefit both.

There are some principles that transcend money issues, however, such as supporting racial equality and standing up to hate in its many forms. That was the message during the Martin Luther King Jr. celebration early in the week. Hate speech uncovered by CNN was also the reason former Trump surrogate Carl Higbie found himself on the outs with Connecticut Republicans.

The welfare of youths prosecuted for serious crimes is not a dollars and cents issue, either, and a panel of state officials said the Judicial Branch, not the Department of Corrections, should be in charge of their care.

Foster kids also have a rough time of it when they are forced to relocate over and over, some of them told the Department of Children and Families at a special hearing.

Candidates for office, meanwhile, continue to emerge. Ned Lamont, who had been toying with the idea of running for governor, declared himself on Wednesday; and on Friday, on a panel of nine candidates, endorsed the idea of instituting electronic tolls on Connecticut’s highways as a way to improve the state’s transportation network — something he said is vital to economic growth. 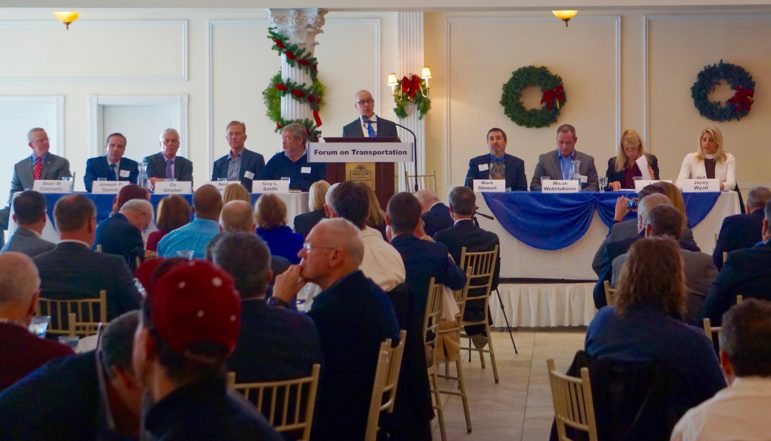 In Danbury, Julie Kushner a union organizer and co-chair of the Connecticut Working Families Party, said Thursday she is running for state Senate, part of a new wave of political activism by women in response to the election of President Donald Trump.

In Hartford, Arunan Arulampalam, a lawyer who advises financial institutions on debt and equity issues, declared his candidacy for the Democratic nomination to succeed State Treasurer Denise Nappier.