Contempt for government’s most ‘co-equal’ branch

Branches of government asserting their powers here and in Washington, D.C.

Congressional Democrats and President Donald Trump set out last week to see whose branch of government is the more “co-equal;” showing, if not literally at least figuratively, their contempt for each other’s authority.

Much of the animus toward Trump in both the House and Senate was directed at U.S. Attorney General William Barr, who testified before a Senate committee to talk about his handling of Special Counsel Robert Mueller’s report, but who refused to attend a similar hearing at the House.  Trump’s administration has been refusing many of Congress’s demands for information and has forbidden some members of his administration from appearing at Congressional hearings.

Trump has for a long time refused to show Congress his tax returns, but Connecticut Sen. Richard Blumenthal’s suit to pry them out moved forward last week when a court declined to dismiss the case charging that the president’s business deals are a violation of the Constitution’s emoluments clause.

At the Wednesday Senate hearing, Barr told Blumenthal that he would not recuse himself from a dozen Justice Department cases stemming from Mueller’s investigation. He also responded to a series of questions about a letter Mueller wrote him complaining that Barr’s initial four-page summary of the 400-page report “did not fully capture the [report’s] context, nature, and substance.”

Friday, Trump told the media that he had a long and productive conversation with Russian President Vladimir Putin about, among other things, the “Russian hoax.” In the assessment of Connecticut Sen. Chris Murphy, (recently returned from a trip to the Middle East), “Trump has made American foreign policy Putin’s plaything. He can do anything he wants with it as long as he can get our President on the phone for ten minutes.”

Back in Connecticut, Gov. Ned Lamont and legislators were having their own struggle over authority – specifically over control of the state credit card. Lamont and some of his fellow Democrats are also at odds over state taxes and who should have to pay them. 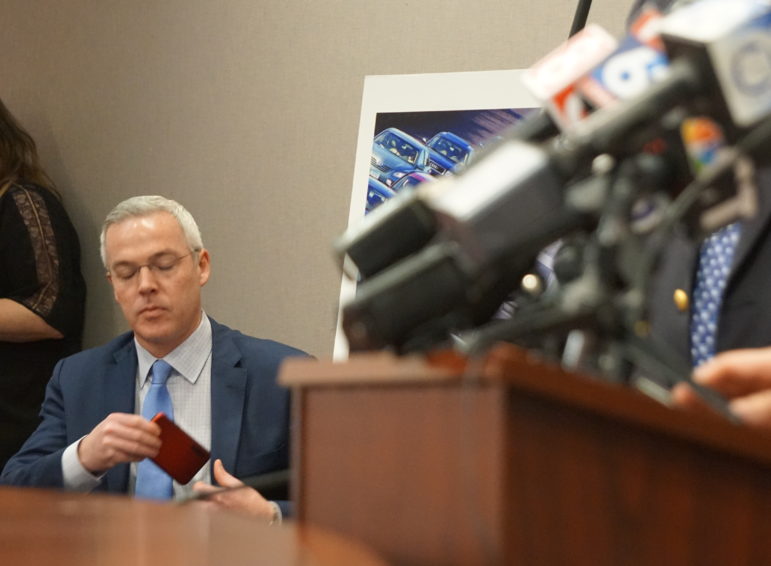 After a relatively tough week, Lamont’s Chief of Staff Ryan Drajewicz said the give-and-take is “natural” … “expected”… and “necessary.”

Democrats, the controlling party, have generally gone along with the governor’s budget proposal, including his efforts to reduce spending. There is something awfully tempting in the current $1.2 billion budget reserve, however…

…And there are still two major revenue issues (including tolls) hanging fire.

The state has other issues, of course, some of which will not be solvable in a single legislative session. The future of Tweed New Haven Airport and its relationship to sea-level rise is a concern. So is the growing number of unvaccinated children in some Connecticut schools, where “herd immunity” is apparently being jeopardized.