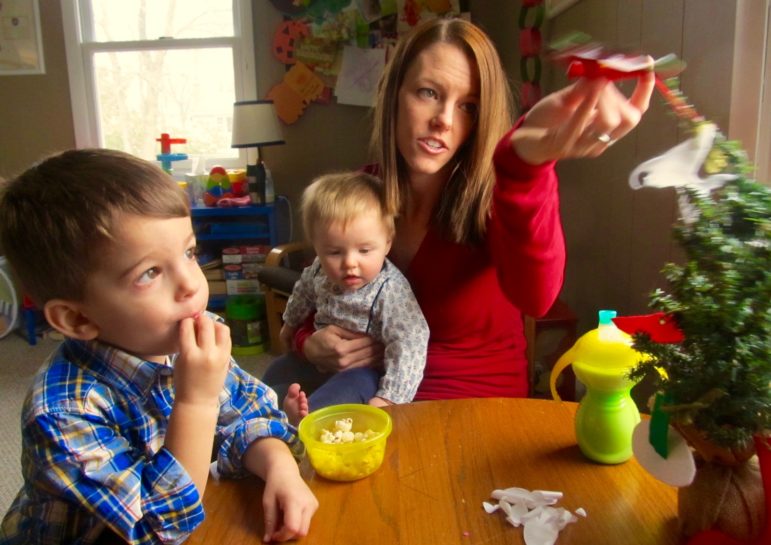 Christina Vida with her children Mo and Sydneyy

Christina Vida really wants her son Mo to win a seat at Museum Academy in Bloomfield.

The school checks all the boxes: It’s close to their home in West Hartford, preschool is free, students come from diverse backgrounds – and maybe the largest draw for Christina, who spent years as a curator at history museums – is the school’s museum learning theme.

“It’s a natural fit. Those modes of learning really appeal to me,” Vida said after attending a recent fair where parents can get more information on more than 40 schools that students can attend by winning a seat in a school-choice lottery.

But Vida is also realistic – and she doesn’t want to use up her top pick in the Hartford region’s school-choice lottery on a school where her chances are nil.

“We want to maximize his chances,” said Vida, who is also considering two other schools. “If the pre-K slots have drastically different chances, then we would certainly factor that in.”

But what are little Mo’s chances of landing a seat at his family’s top choice?

While the State Department of Education does not publicize the odds, educators at the school choice fair routinely said its one of the questions they field from families most often.

“I am always honest. We can never tell them exactly how many get in,” said Gayle Hills, the principal of Academy of Aerospace and Engineering Elementary School. “I do share that we do not have a lot of spaces.”

So that has left parents rolling the dice, and hoping for the best.

“I just have to have faith that he will get into his top school. Period,” said Deirdre Gray, a Hartford parent looking for a new school for her son, who will be in sixth grade next year. 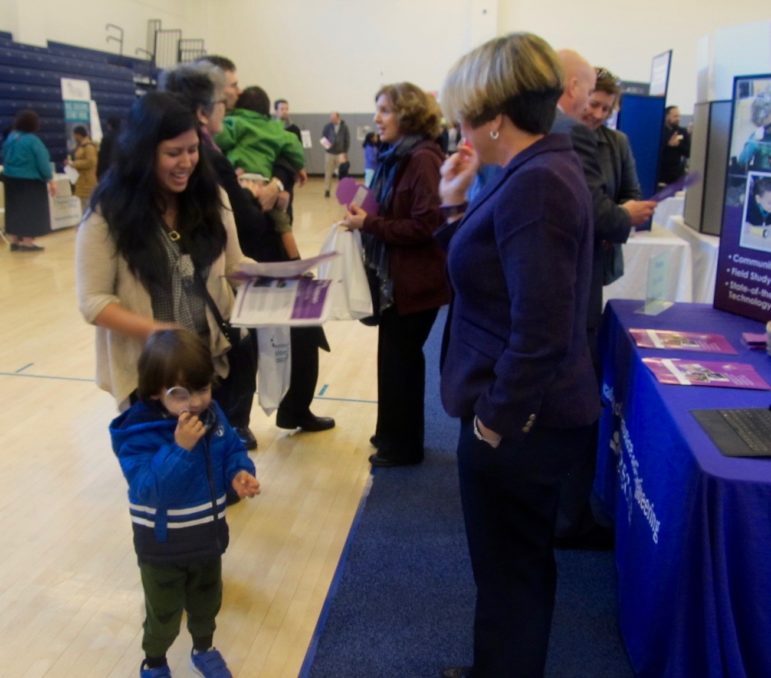 Violet Ork, with her son in tow, talks with Gayle Hills, the principal of Academy of Aerospace and Engineering Elementary School.

Violet Ork said she would pick the preschool where she has the best odds.

“If my chances are better for him there, then that’s my first choice,” said Ork of East Hartford, pointing to the booth for Academy of Aerospace and Engineering Elementary School.

Information provided to The Mirror by the state education department provides some insight into what schools were a sure bet in this school year’s lottery and which schools were long shots. (See below for each school’s grade-by-grade lottery results below)

Slightly more than 20,000 children sought a seat in a regional magnet school for the current school year, and 7,672 children were offered enrollment – a 38 percent offer rate. The chances are a bit better for Hartford youths. Forty-six percent of them landed a seat compared with 34 percent of the 14,100 suburban students who entered the lottery.

Success rates vary drastically based on what grade students seek to enroll in. Students generally have the best chance of winning a seat in the earliest grade a school offers since every seat in those classes is open. For the later grades, winning a seat is dependent on a student leaving the school.

Some schools give preference in the lottery to applicants that already have a sibling attending the school or live within a half mile of the school. (See school-by-school preferences here)

Christina and her family are now left to decide whether to take the slimmer odds and pick Museum or go with Wintonbury.

Whatever they choose, “We’re hoping we win a seat,” she said. “I went to a magnet school, and it was a great education. We want the same thing for him.”

Leaders struggle with next steps in desegregating schoolsA stalemate in desegregating Hartford schools60 years after Brown vs. Board of Education: Still separate in ConnecticutSchool desegregation: Will focus shift from magnets to suburbs?

Parents shouldn’t count on their odds getting any better, however, as the administration of Gov. Dannel P. Malloy has said it will not be opening additional regional magnet schools, preferring instead to focus energy on improving schools that already exist.

This network of magnet schools opened over the last 20 years as a state effort to diversify schools by attracting suburban, middle-class students to themed schools with city residents and to comply with a Connecticut Supreme Court desegregation decision. The court found that, “Hartford students suffer daily from the devastating effects that racial and ethnic isolation, as well as poverty, have on their education.”

With more than half of Hartford residents still attending segregated schools, negotiations are at a stalemate between the lawyers for the state and those who successfully sued the state on behalf of Hartford minority parents.

“If poverty is one of the primary things you have to overcome, why do we continue to use a model that is not designed to address that? Malloy said during a recent wide-ranging interview with The Mirror. “I think that’s the question you have to ask. If poverty needs to be overcome, why don’t we have kids in school 48 weeks a year? Why don’t we have extended days more broadly applied.

“You know, we all have to convince districts to go to extended days. And quite frankly where that’s happened, we’ve seen real improvement,” Malloy said. “We’ve demonstrated that certain things that you can do can have really pretty profound impacts.”

While the state has dolled out some additional money in recent years to help low-performing districts extend their school day, state funding for numerous after-school programs this school year was cut to help close the state’s budget deficit. Educators testified at length during a recent school-funding trial that they don’t have the money to extend the school year or school day.

In Bridgeport, the state’s largest school district, district leaders were considering reducing the school year to the state mandatory minimum of 180 days to close the district’s budget deficit. They instead decided to reduce after-school programs and counseling at elementary schools.

And schools can’t expect a windfall from the state anytime soon, since legislators in a session that starts next month will be grappling with a $1.45 billion deficit for the upcoming fiscal year.