A week that began with remembering Dr. Martin Luther King Jr.’s message of equality and justice dragged on for several days with more punishment of federal workers at the hands of their own government — until Friday, when it ended, temporarily at least.

Friday had begun with the indictment and arrest of Roger Stone, the sixth of President Donald Trump’s closest advisors charged during Special Counsel Robert Mueller’s investigation of Russian interference in the 2016 elections. The allegations in the indictment say Stone lied to Congress about his work on behalf of the most senior members of the Trump election campaign to obtain information on emails hacked from the Democratic National Committee by the Russian government.

Thursday, breaking from U.S. Senate Majority Leader Mitch McConnell’s earlier plan, the Senate voted twice on competing bills to reopen the government and/or fund the President’s border wall. Connecticut Sens. Richard Blumenthal and Chris Murphy voted in concert with other Democrats in favor of their bill to reopen the government until Feb. 8 without allocating money for the wall as the President demanded. Neither that bill nor a wall funding proposal favored by Republicans passed.

The next day, (day 35 of the shutdown), as airports began to experience shutdown-related flight delays, the President relented, and in a Rose Garden address to the nation, agreed to reopen the government for another three weeks while the border wall issue is further debated.

In Connecticut, people continued dealing with the problems caused for federal employees by missing a second paycheck or, in the case of the federal courts, by lacking funds to issue them. Coast Guard employees in Connecticut, at least, were beginning to take advantage of a grant program that would give them financial relief they do not have to pay back. The legislature also approved a measure that will provide no-interest loans to the estimated 1,500 Connecticut federal employees affected by the shutdown.

People not directly affected by the federal government’s behavior soldiered on, dealing with problems that existed before the latest crisis in Washington — in some cases long before: 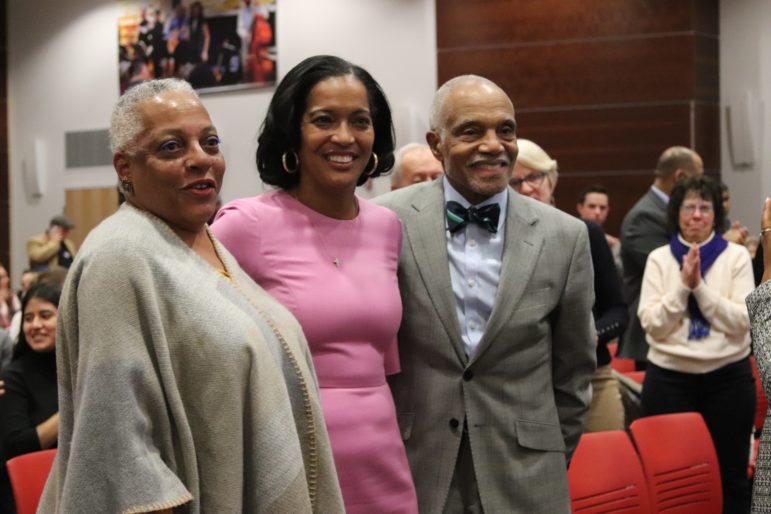 At the Legislative Office Building, the debate over whether to legalize recreational marijuana got rowdy when supporters of the idea heckled opponents at a press conference.  The state’s nonprofit organizations, meanwhile, many of which provide Connecticut’s social services, pressed the legislature for more privatization and a reduction of the number of state employees doing social service work.

On the anniversary of the Roe v. Wade decision, abortion-rights advocates, strengthened by the outcome of the midterm elections, announced plans to push for state legislation that will include a ban on insurance co-pays for abortion and a truth-in-advertising measure regulating the two dozen non-profit crisis pregnancy centers in the state that counsel women against abortion.

The governor, for his part, named Josh Geballe as the new director of the Department of Administrative Services, and  joined others in developing new ways to lower prison recidivism, including a plan to discourage housing authorities and other landlords from barring ex-offenders as tenants.

WASHINGTON -- While President Donald Trump's latest budget is expected to cut the number of F-35s, it will renew the F-15 fighter jet program.

WASHINGTON -- While Democrats are stepping up investigations of the White House, a new poll finds most Americans oppose Donald Trump's impeachment.