Tensions with Iran dominate the week

The realization that some 150 people might die caused President Donald Trump to call off a military strike against Iran last week, but military action remains one possible response to Iran’s downing of an unmanned U.S. drone over the Strait of Hormuz – the world’s busiest oil transport corridor.

Connecticut’s Sens. Chris Murphy and Richard Blumenthal are both critical of the administration policy that led up to the conflict, but Murphy was especially critical of the Commander-In-Chief’s thinking regarding the strike: “The idea that an American President didn’t bother to ask about civilian casualties before ordering a massive military strike, getting around to it only 600 seconds before the attack was to begin, is mind boggling.”

It was a decision that was probably not helped by the earlier abrupt resignation of acting defense secretary Patrick Shanahan following disclosures of domestic violence within his family.

Neither is Trump’s decision likely to endear him to Connecticut’s Democrats, who Friday listened to House Speaker Nancy Pelosi promise to continue investigating him for what she called his “criminal coverup” of wrongdoing in the White House. 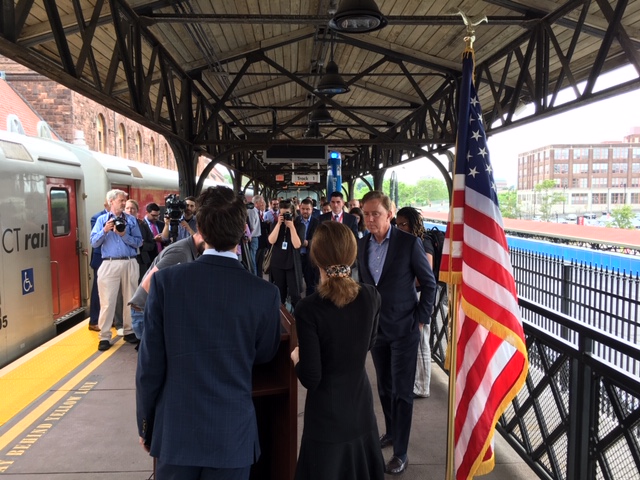 In Connecticut the concerns were not of life and death caliber – at least not in the short term – though one might argue that the governor’s signing of the bill increasing the smoking age is a life-saving act. State Attorney General William Tong might also argue that his suit opposing the Trump administration’s relaxation of air pollution standards is also an effort to save Connecticut people from the adverse health effects pollution causes.

Most of the issues facing Connecticut, however, are about money… either budgeted (as in the case of the $1.28 billion budgeted for the Connecticut State Colleges and Universities) or money yet uncollected (as in the governor’s effort to establish tolls on the state’s highways. He continued to make his case last week at the Hartford train station.)

Another money issue – or incidence of taxation issue – is whether municipalities will someday be made to share the cost of teacher pensions with the state.

While the governor celebrated a report that Amazon would soon begin hiring 1,800 people for a new fulfillment center in North Haven, the Labor Department announced that the state suffered the loss of 1,500 jobs in May – the fifth straight month of job losses. The state is already stinging from word that United Technologies would move its headquarters to Boston if its merger with Raytheon is approved – but both the Pentagon and Justice Department say they will give the proposal a “hard look” because of its potential to reduce defense industry competition. 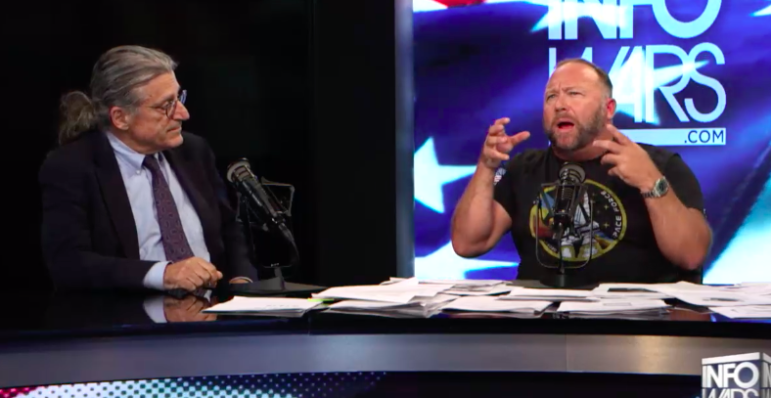 Alex Jones, right, on Friday with his attorney Norm Pattis.

Not everything is about money, however – like the lawsuit filed in an attempt to stop the Department of Public Health from releasing statewide vaccination data.  Parents of a child from a school with a relatively low vaccination rate said the release of the data exposed their school’s families to verbal abuse and ridicule. Meanwhile, Democratic lawmakers want new Public Health Commissioner Renee Coleman-Mitchell to take a position on whether the religious exemption from the school vaccination requirement should be repealed.

State and local officials were also girding for a potential wave of immigration raids foretold by Trump last week — until at the last minute he postponed it.

Then there is Alex Jones, the conspiracy theorist who no longer promotes the story that the Sandy Hook shootings were faked, but now asserts that the multiple defamation lawsuits filed against him are part of a wider conspiracy to frame him with child pornography and to force him off the air.

2 thoughts on “Tensions with Iran dominate the week”