The president and the Dow, both down last week

Donald Trump’s presidency was like Dow Jones Industrial Average last week, down from setbacks both foreign and domestic.

Take the farm bill, for example: Congress approved a new one that rejects Trump’s plan to impose work requirements on food stamp recipients, but gives some additional help to Connecticut’s dairy industry. (Another Trump administration proposal – one that would deter legal immigrants from applying for food stamps or Medicaid – is pending, but already causing confusion.)

But the farm bill might seem a small potato to the president compared to the rebuke he was handed by the U.S. Senate, which spanked him for his failure to condemn Saudi Arabia for its killing of journalist Jamal Khashoggi and approved a measure (co-sponsored by U.S. Sen. Chris Murphy) that would withdraw American military support for Saudi Arabia’s war in Yemen.

Then, of course, there are the mounting troubles resulting from various court appearances and filings by Trump’s former  lawyer Michael Cohen, former National Security Adviser Michael Flynn,  and David Pecker, chairman of American Media – all of which illuminated in various ways the president’s loose association with the truth and the rule of law.

Connecticut’s Sen. Richard Blumenthal, one of Trump’s least favorite Democrats, made a number of TV appearances to remind the public that the president is now “an un-indicted co-conspirator” in a campaign finance felony. 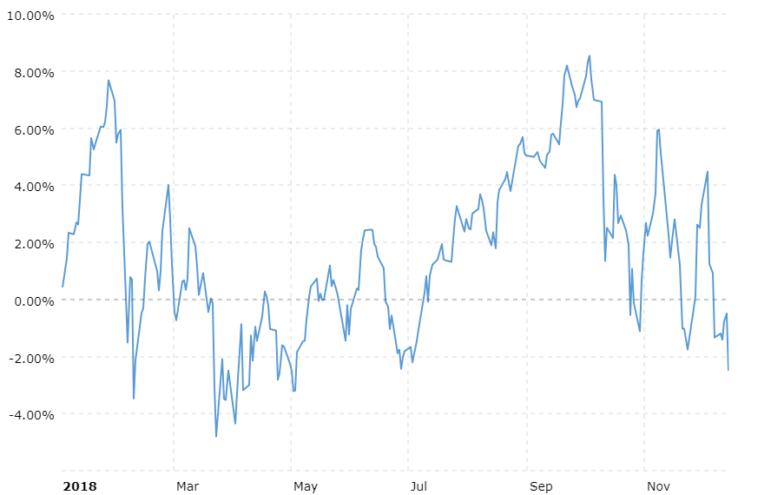 On the up side for the president, a federal court in Texas struck down the Affordable Care Act as “unconstitutional,” — a move hailed by Trump as an opportunity to pass a new and better law. Murphy’s assessment of Trump’s view: “Sick.”

The court ruling came just before Access Health CT was approaching Saturday’s ACA sign-up deadline.  The state agency said the ruling will have no impact on residents’ ability to sign up this year and, in fact, they extended the signup deadline by one month.

Gov.-elect Ned Lamont elected to skip a Thursday meeting with the president and other newly elected governors in favor of working on his transition in Hartford. That included choosing Lt. Gov. Nancy Wyman as the new chair of the Connecticut Democratic Party. Lamont took pains to let down easy the current chairman, Nick Balletto, who said he is leaving the post following years that were “the proudest and biggest honor” of his life. 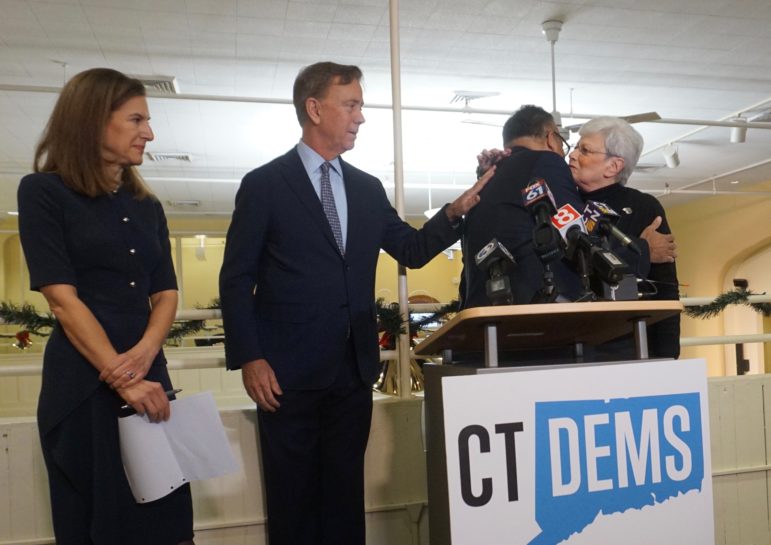 Lamont will probably have the same problems Malloy did in handling the effort to upgrade energy policy in the state, but he will also have a new administrator to help him – the state’s first chief operating officer.

Departing Gov. Dannel Malloy took one last opportunity to tout his economic and fiscal policies in an impromptu speech before the State Bond Commission; and, in Washington, departing U.S. Rep. Elizabeth Esty delivered her farewell address, speaking about her work promoting STEM education for women and other issues.