Session over, but still a few things rattling along

The week after a Connecticut legislative session ends is typically pretty slow on political news, but the politicians always have time for a few ceremonial signings and press conferences to keep things stirred up.

In Washington, D.C., stirred up is the daily normal – in this case on both national and international fronts.

Last week at the State Capitol, State Senate Minority Leader Len Fasano complained that the recently passed $43.4 billion budget is unconstitutional because it relies on yet-unrealized union contract savings to be in the legally required balance.

Not so, responded Gov. Ned Lamont, who signed into law a new gun-storage measure that honors the memory of Ethan Song, who lost his life in a firearm accident. Lamont’s spokesperson met Fasano with a stinging rebuke when he observed on Friday that the bid for a consultant to help with the contract savings had only gone out the day before.

It probably felt good to escape, even temporarily, the fuss over United Technologies’ decision to move its headquarters out of Connecticut as part of its proposed merger with Raytheon – a deal that is, in fact, not a done one.

One issue that clearly needs to be addressed is the state of Connecticut’s cities, as illustrated in the collaborative series of articles on that subject undertaken by The Connecticut Mirror, Connecticut Public Radio, Hearst Connecticut Media, The Hartford Courant, the Republican-American (of Waterbury), the Hartford Business Journal and Purple States.

Another ongoing struggle is over finances for the state’s colleges and universities. With the entire state budget struggling under the strain of its unfunded pension liabilities, but the reductions to the University of Connecticut won’t force it to impose any new tuition increases over those it has already imposed. The Connecticut State Colleges and Universities are having to make up higher deficits this year – moves that will “minimize the impact on students.”

The U.S. military academies are colleges, too, and like colleges are having to address what one member of Congress calls “a sexual assault crisis” on their campuses. As is usually the case in Washington these days, the effort is contentious. 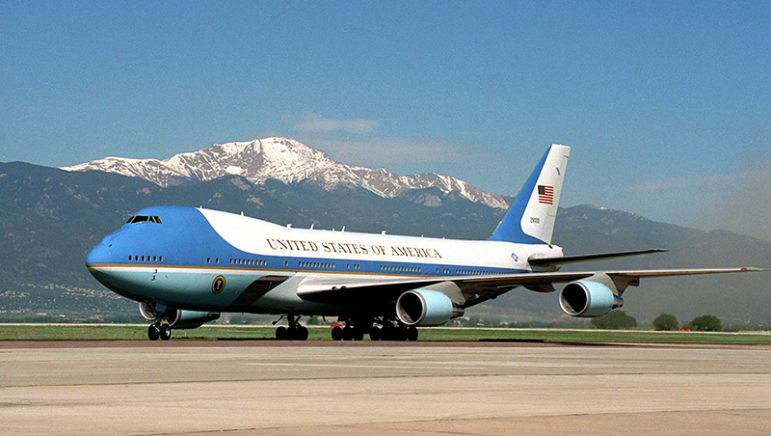 Even something as relatively unimportant as the paint job on Air Force One was an issue last week after U.S. Rep. Joe Courtney, D-2nd District, pushed through an amendment that would require congressional approval before President Donald Trump can redo the aircraft’s iconic white and sky-blue paint scheme put in place by President John F. Kennedy.

Connecticut Sens. Richard Blumenthal and Chris Murphy, meanwhile, continued their so-far fruitless effort to pass legislation to reduce gun violence and, last week, to hold gun-makers accountable for the damage their weapons cause by ending their immunity from lawsuits.

Both lawmakers both expressed their dismay at Trump’s comments that he would welcome political input from a foreign nation and the Republican Party’s willingness to let him — an act that is illegal, according to the chairman of the Federal Election Commission.

2 thoughts on “Session over, but still a few things rattling along”